TOKYO (Reuters) -The IOC said on Wednesday it is still waiting for a formal explanation from the Chinese Olympic officials as to why two gold medallists wore badges featuring the head of the country's former leader Mao Zedong on the podium at the Tokyo Olympics.

The International Olympic Committee also said it had suspended its investigation into a gesture on the podium by American silver medallist shot-putter Raven Saunders, following the death of the athlete's mother https://www.reuters.com/lifestyle/sports/athletics-saunders-mourns-mother-days-after-winning-shot-put-silver-2021-08-04.

The Chinese Olympic Committee has said they will provide a report "soon" and assured the IOC there would be no repeat of its athletes wearing the badges.

"We are in contact with the Chinese Olympic Committee who have assured us that we will receive a full formal answer soon," IOC spokesperson Mark Adams said. "But they have also assured us already that this will not happen again."

Cyclists Bao Shanju and Zhong Tianshi wore the badges featuring the head of China's former leader during a medal ceremony on Monday, in a potential breach of Olympic rules on the display of political paraphernalia.

The duo wore the badges, commonplace in China for half a century but a potential breach of Rule 50 of the Olympic charter, after retaining the women's cycling team sprint title at the Izu Velodrome.

While the IOC last month relaxed Rule 50 to allow gestures, such as taking the knee on the field of play provided athletes do so without disruption and with respect for fellow competitors, it has banned any such gestures on the podium.

Earlier this week, the IOC said it was investigating after shot put silver medallist Saunders had raised her arms https://www.reuters.com/lifestyle/sports/olympics-ioc-says-looking-into-gesture-used-by-us-athlete-saunders-podium-2021-08-02 in an X above her head in Sunday's medal ceremony, which she later indicated was an expression of support for the oppressed.

The IOC said that investigation had been suspended for now.

"We heard the very sad news this morning of the passing of Raven Saunders' mother," Adams said. "The IOC extends its condolences to Raven and her family. You will understand that given these circumstances the process is fully suspended for the time being."

The USOPC said Saunders' gesture did not breach its rules as it was a "peaceful expression in support of racial and social justice (that) was respectful of her competitors". 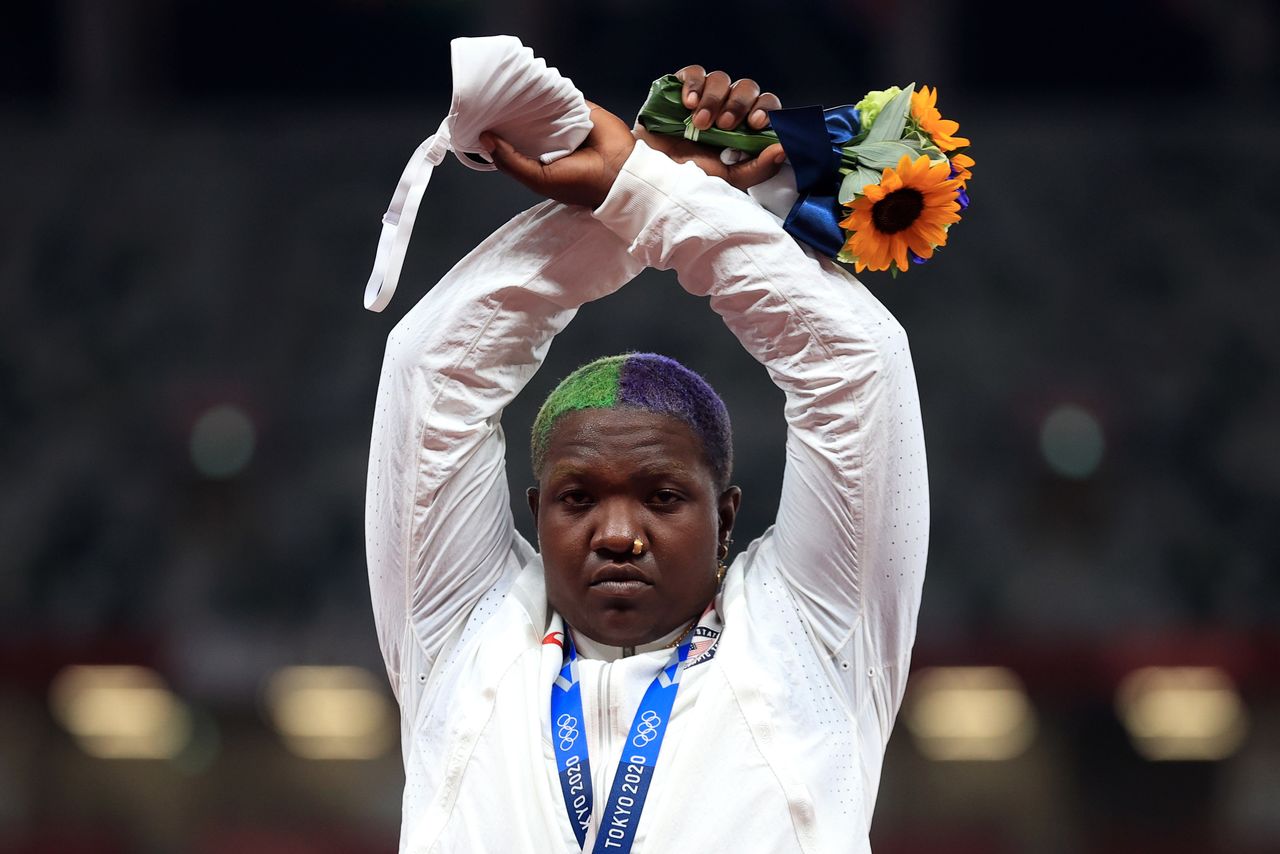 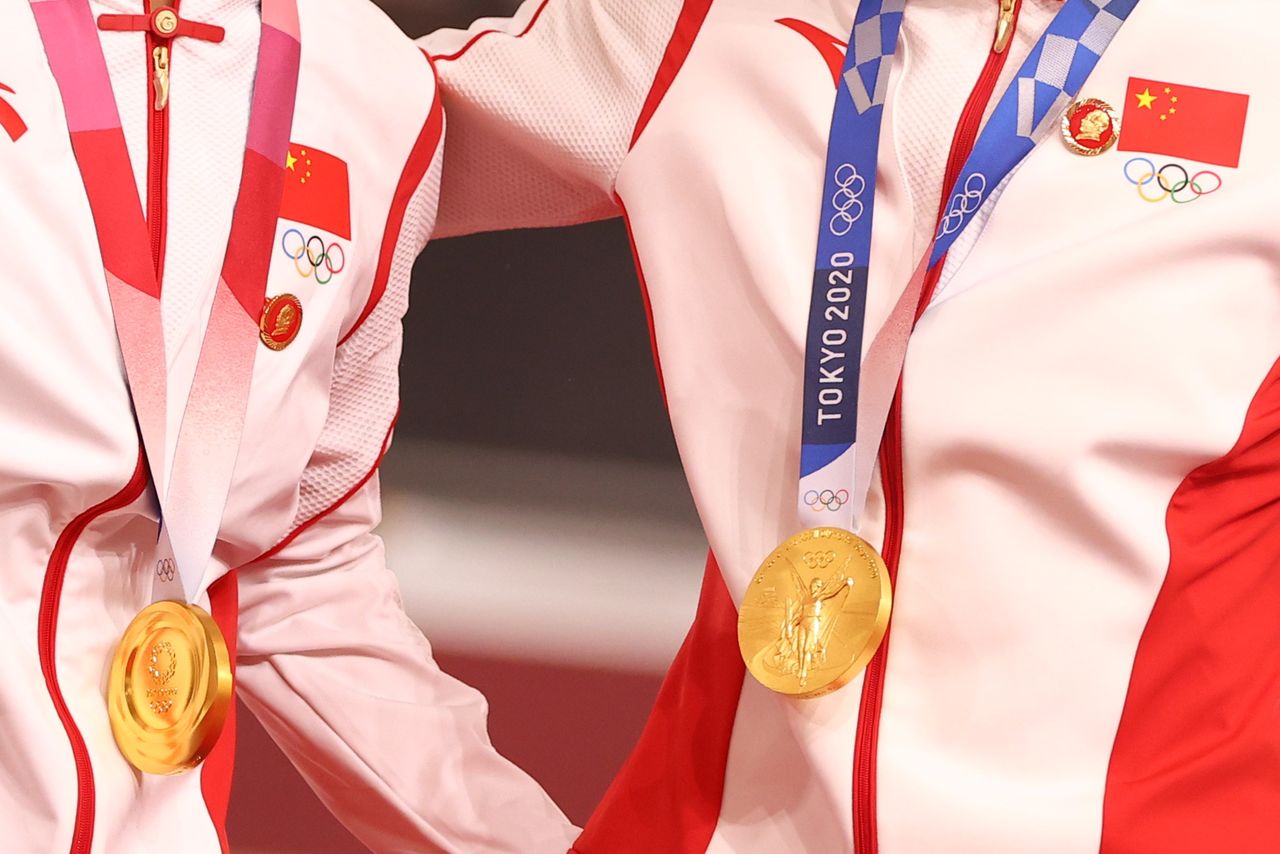