"I was only able to win the two matches because watching my team mates fight the doubles gave me the courage to win," he told reporters later.

But Ovtcharov bounced back in the deciding match with a straight 3-0 win against Niwa.

Mizutani and Niwa, devastated, stayed in their chairs for a while silently while Harimoto stood behind them and swung his empty arm as if practising his moves.

"It was really a workout I would say, just to watch the lat two games," Boll laughed, his voice hoarse from shouting after every point.

"But we're sticking together as a team, everybody has everybody's back. That's the key for success," the 32-year-old added.

"If we can be on our peak, all three of us have the skills and the will to win the match. We will definitely go no limits to prove that this is our time."

The Chinese team will face off against Germany in the final on Friday.

China kept alive its chances of maintaining an undefeated Olympic teams table tennis record when its women's and men's teams easily beat their respective opponents in the semi-finals.

China have won all Olympic table tennis team events both for women and men since it was introduced in 2008.

While South Korean paddler Lee edged his opponent Ma, Olympic singles gold medallist, by scoring two sets in the latter half of the deciding match, he eventually lost steam in the final fifth set to lose 2-3.

In the women's team, the Chinese trio of Chen Meng, Sun Yingsha and Wang Manyu breezed into the final with a 3-0 win over Germany.

Medal favourites China will face 2016 Rio bronze medallists Japan, who knocked out Hong Kong 3-0 in a dominating performance at the semi-final match.

"We've been preparing for the game tomorrow to have confidence in ourselves and in our team mates," Wang told reporters.

Germany meanwhile will play Hong Kong for the bronze medal. 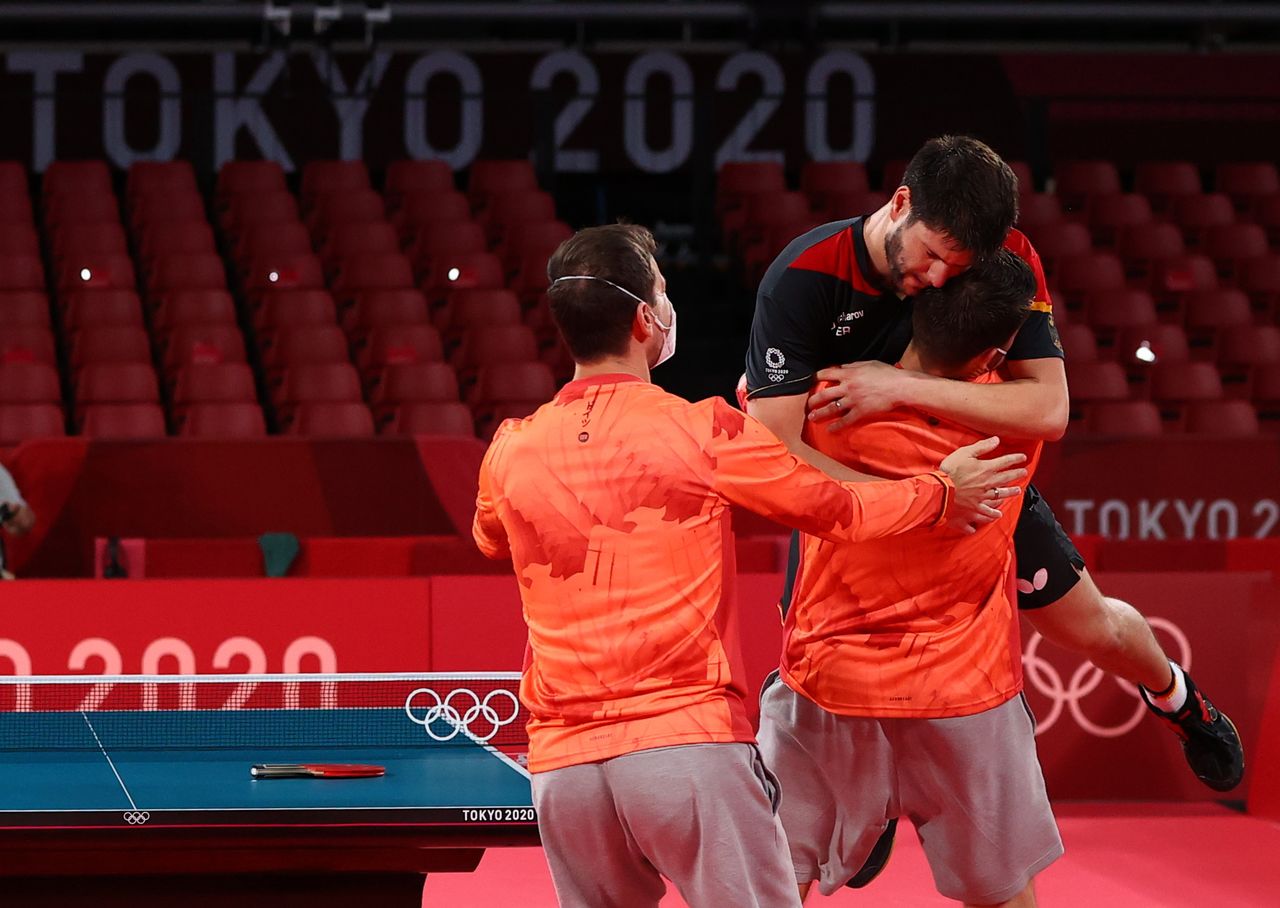 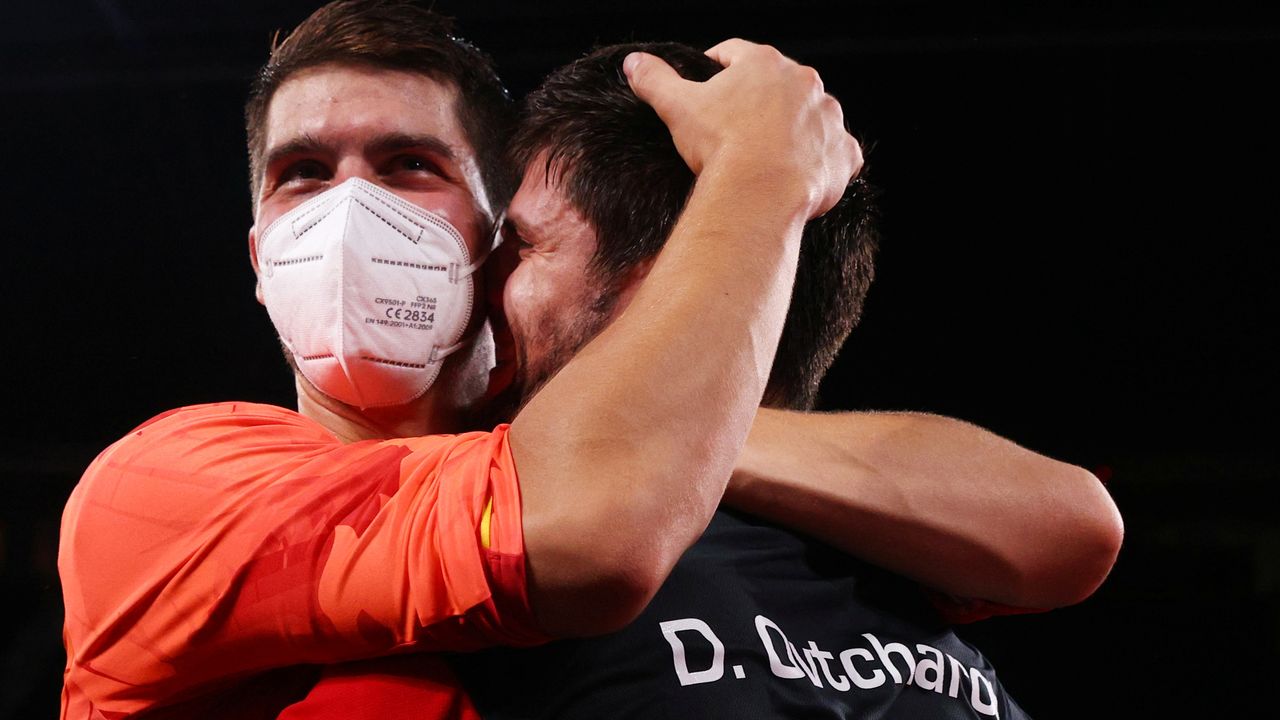 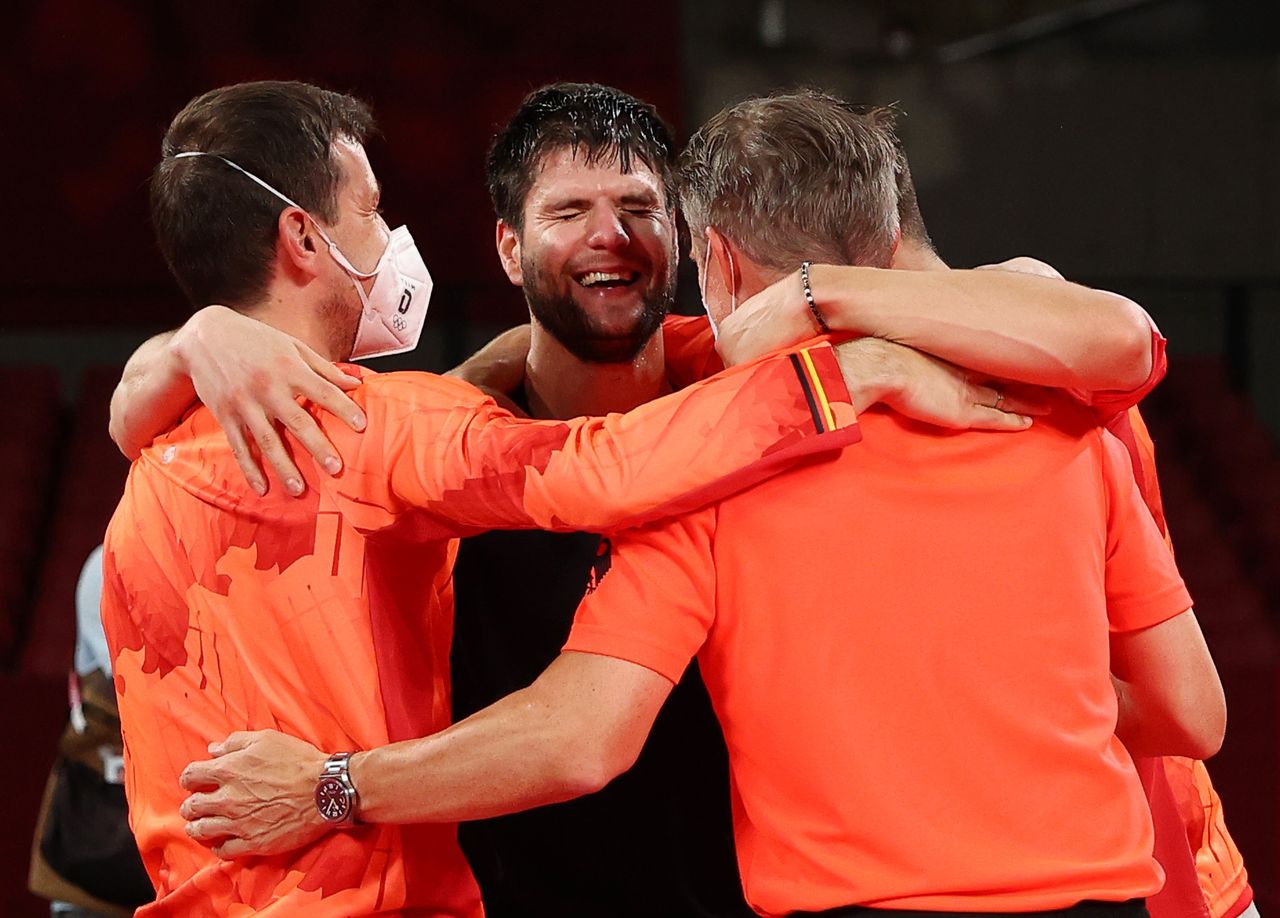