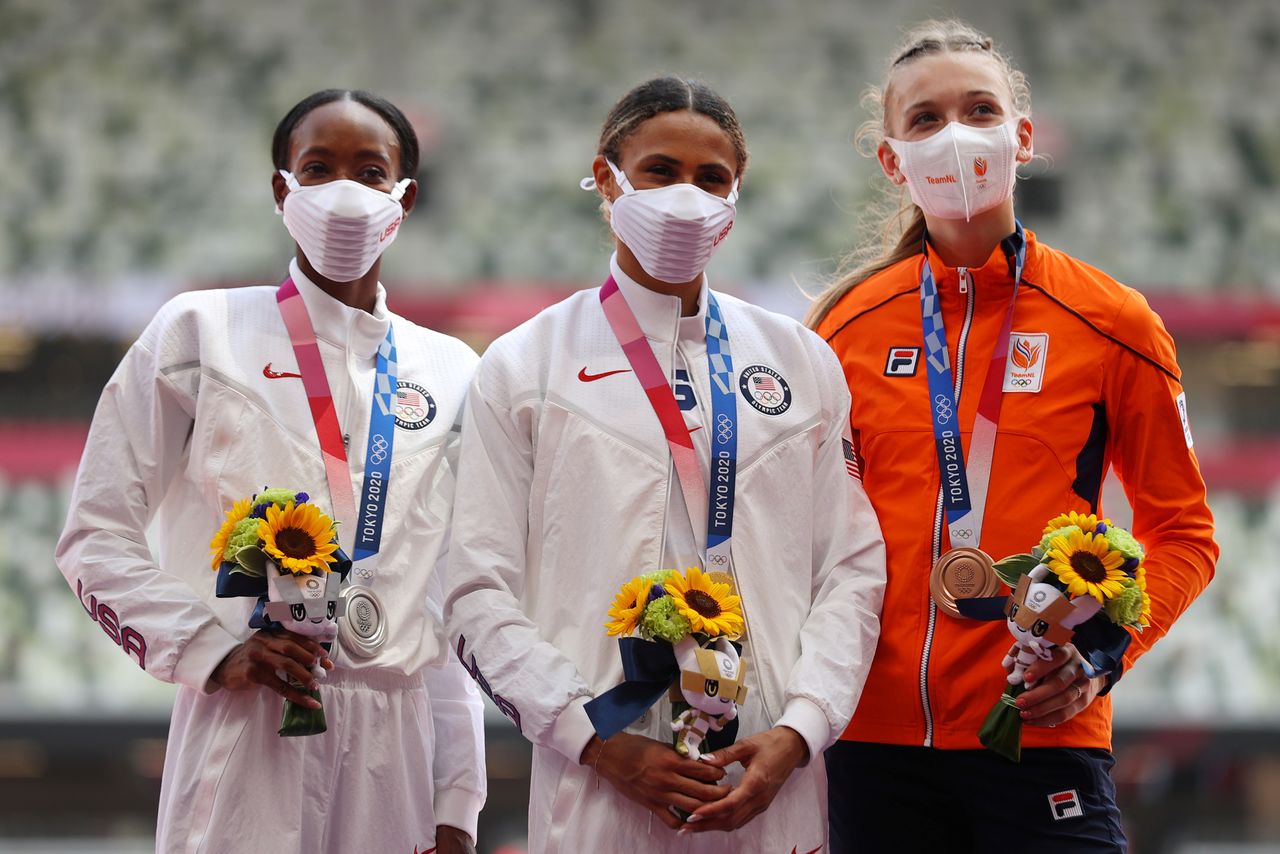 TOKYO (Reuters) - From the outside, it was the ultimate clash of rivals: the 2016 Olympic champion Dalilah Muhammad facing off in the 400 metre hurdles final against 21-year-old Sydney McLaughlin, who clobbered her world record weeks prior.

But to McLaughlin, who won Olympic gold in yet another record-smashing performance of 51.46 seconds on Wednesday, the two Americans' race toward history goes much deeper than "rivalry".

"I just say iron sharpens iron. It’s two people pushing each other to be their best," said McLaughlin. "You need that. I don’t think it’s a rivalry, there is no bad blood.

"It’s just two athletes wanting to be their best and knowing there is another great girl who is going to get you there."

Their background is already the stuff of legend in the world of athletics.

McLaughlin celebrated her 17th birthday at the Rio Games but fell short of a spot in the final as Muhammad ascended to the top of the podium.

Three years later McLaughlin was nipping at Muhammad's heels, finishing seven hundredths of a second behind at the 2019 World Championships as Muhammad won in a then-record 52.16.

McLaughlin obliterated that figure at the U.S. trials in June, riding into Tokyo as the American champion amid sky-high expectations.

"The anticipation was crazy and just thinking about what might happen in our race was becoming overwhelming," said Muhammad.

In some ways, however, she knew what to expect all along: "I always know Sydney is going to show up."

(Reporting by Amy Tennery in Tokyo; Editing by Michael Perry)