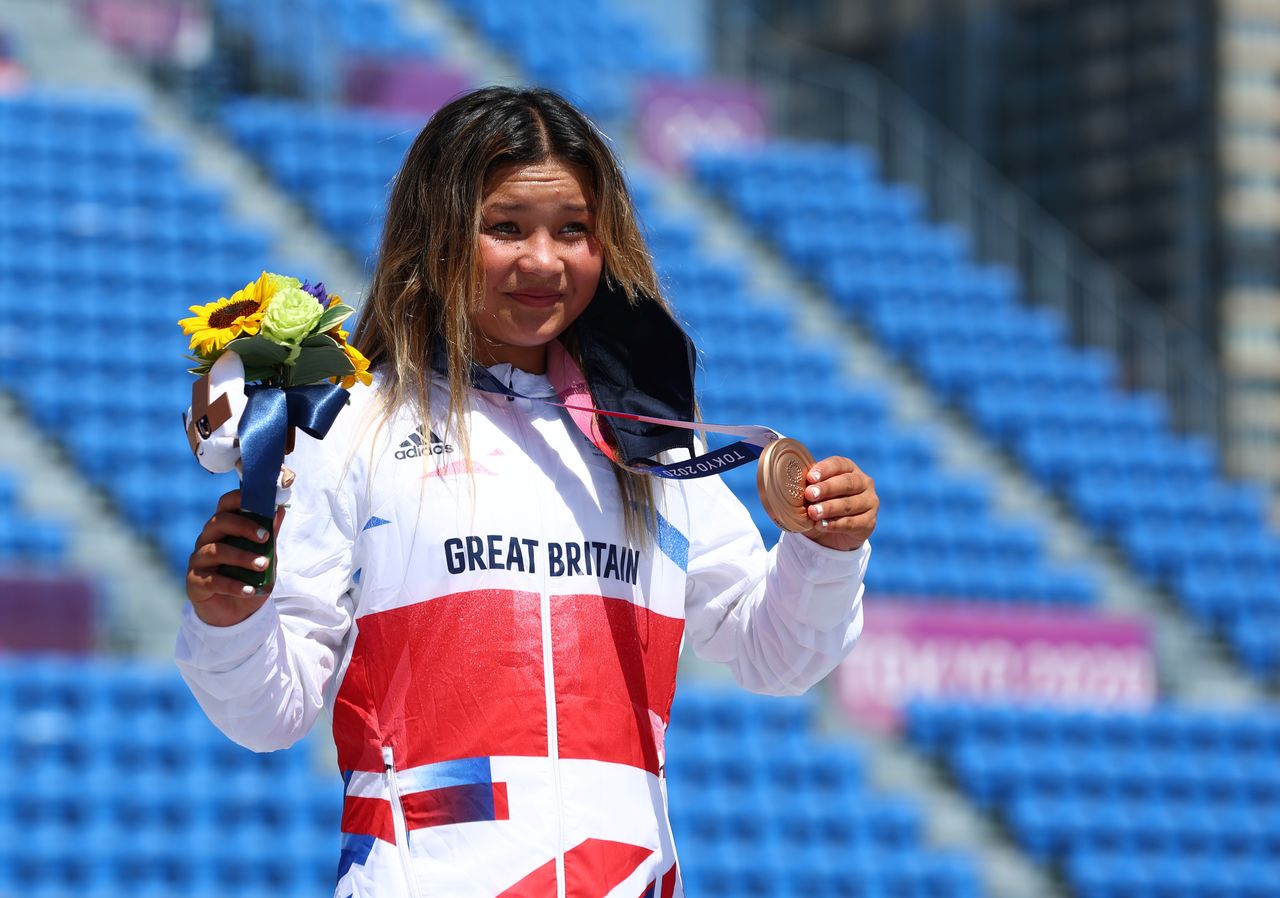 TOKYO (Reuters) - Just minutes after winning bronze in the women's park event on Wednesday, British skateboarding prodigy Sky Brown was already thinking ahead to what's next.

Brown, who started skating and surfing when she was three, said she hoped to compete in both sports in the 2024 Paris Olympics.

Brown, born to a Japanese mother and a British father, now lives in California with her younger brother Ocean, who at nine is also an accomplished surfer.

Brown goes surfing most days with her father and brother and in April was named in Surfing England's Under 16 junior squad.

Earlier this year, Brown told Reuters it would be a dream come true https://www.reuters.com/article/us-olympics-2020-skateboarding-skybrown-idUSKBN2BO6NX for her to compete in both events.

Brown's Instagram feed, which has over a million followers, is filled with photos of Brown either surfing or skateboarding.

When asked on Wednesday how she planned to celebrate after the Olympics, her answer was predictably easy.

"I'm going to surf a lot that's for sure," she said, smiling.