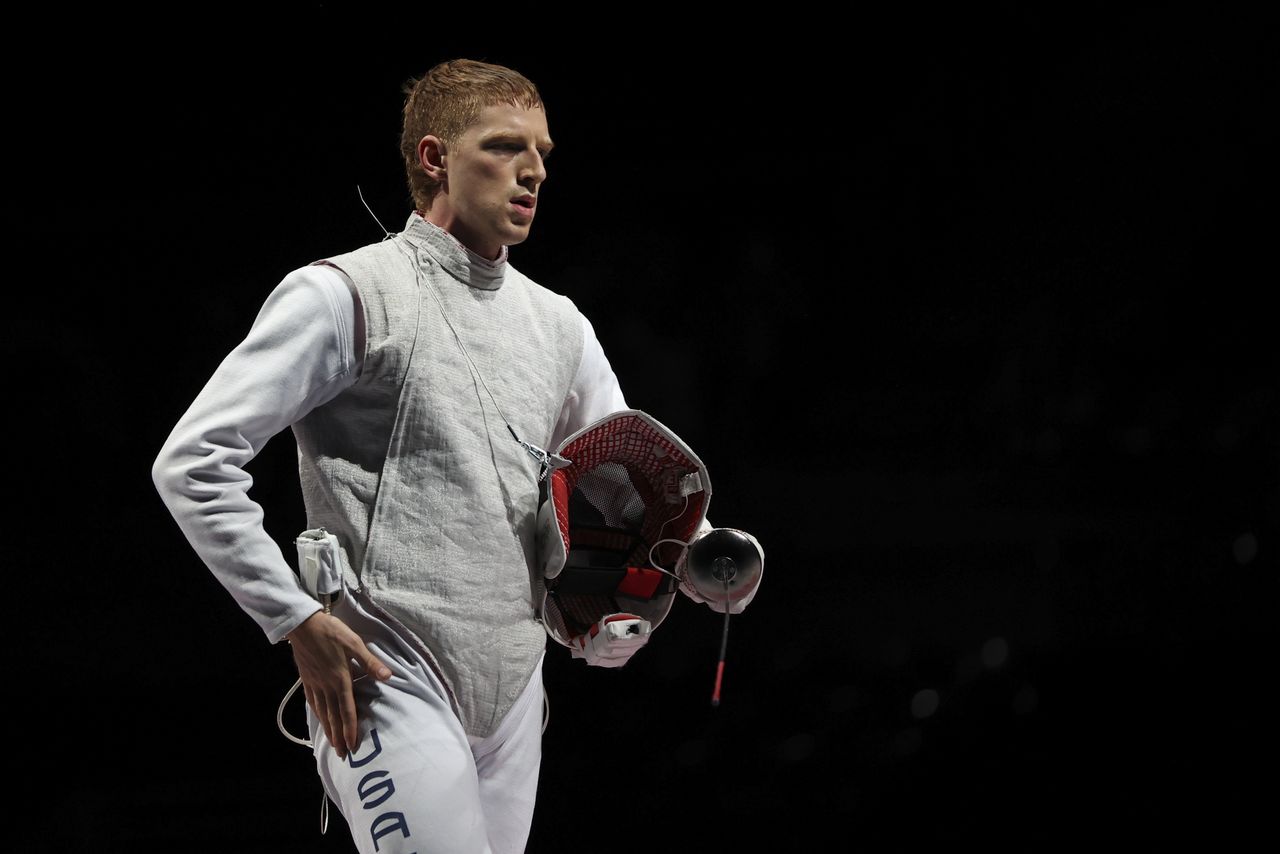 TOKYO, Japan (Reuters) - United States fencer and bronze medallist Race Imboden said that an X mark drawn on the back of his hand during the medal ceremony at Tokyo 2020 was in protest against a ban on political gestures on Olympic podiums.

"Some of the athletes communicated and decided upon this symbol to show solidarity for each other and support the oppressed," he explained in an Instagram story posted early on Wednesday morning.

"For me I personally wore the symbol as a demonstration against rule 50," he said, referring to a rule in the Olympic charter that forbids the expression of political statements in venues and on the podium.

U.S. shot put silver medallist Raven Saunders also raised her arms in an X sign during her podium, which prompted the International Olympic Committee (IOC) to look into the gesture.

They subsequently suspended the probe following the death of Saunders' mother.

"I also wish to draw attention to the hypocrisy of the IOC, and all of the organizations who profit so immensely off the athletes and have yet to hear their call for change," Imboden added in the post.

Imboden was placed on probation for 12 months in 2019 by the United States Olympic & Paralympic Committee (USOPC) after taking a knee during a medal ceremony for the Pan Am Games.

He made the gesture due to multiple factors, with issues regarding racism, gun control, the mistreatment of immigrants, and then-president Donald Trump topping the list, he said at the time.