TOKYO (Reuters) - Misugu Okamoto, a 15-year old skateboarder from central Japan, had gone into Wednesday's park finals in top position, only to miss the landing of an important trick, which slid her to fourth place.

A dejected Okamoto crumbled into a heap at the bottom of the bowl, putting her helmeted head into her small hands.

But instead of the usual scene where a coach or parent comforts the athlete, Okamoto was instantly surrounded by her rivals from Japan, Australia and Brazil.

The girls patted her back and lifted Okamoto up on their shoulders, a gesture so spontaneous and kind it immediately resonated with viewers on social media.

"All the athletes are gold-medal angels," one user wrote in Japanese on Twitter, while another person who went by @Memikaru1203 on the platform said: "I could tell they really respected each other. I'm so impressed and hope I can learn from that."

"You're all winners," another users replied.

Unexpected camaraderie between competitors is not necessarily rare at the Olympics, but is particularly notable during the Tokyo 2020 Games where athletes have talked openly about their mental health struggles.

Simone Biles, one of the most decorated gymnast of all time, pulled out of several events citing the need to protect her mental health, while Japanese tennis star Naomi Osaka opened up a wider conversation about the topic by prioritising her wellbeing ahead of participating in competitions.

Earlier, Okamoto admitted she had been extra nervous going into her very first Olympics. Asked about her results later by Japanese media, Okamoto said she was "full of regret" that she couldn't land the flip indie, her big trick of the finals.

Nudged again by reporters about the support of her rivals, her eyes filled with tears. 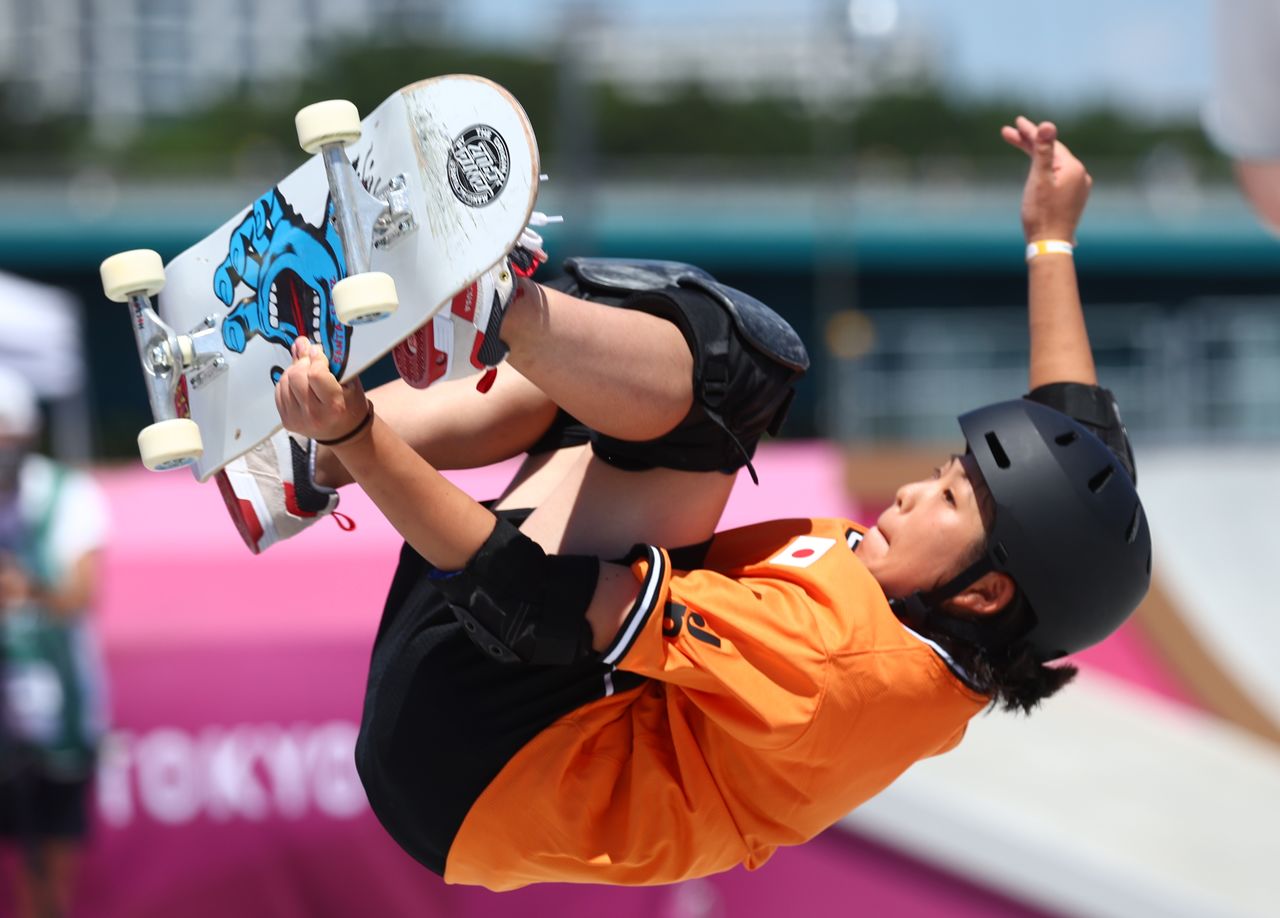 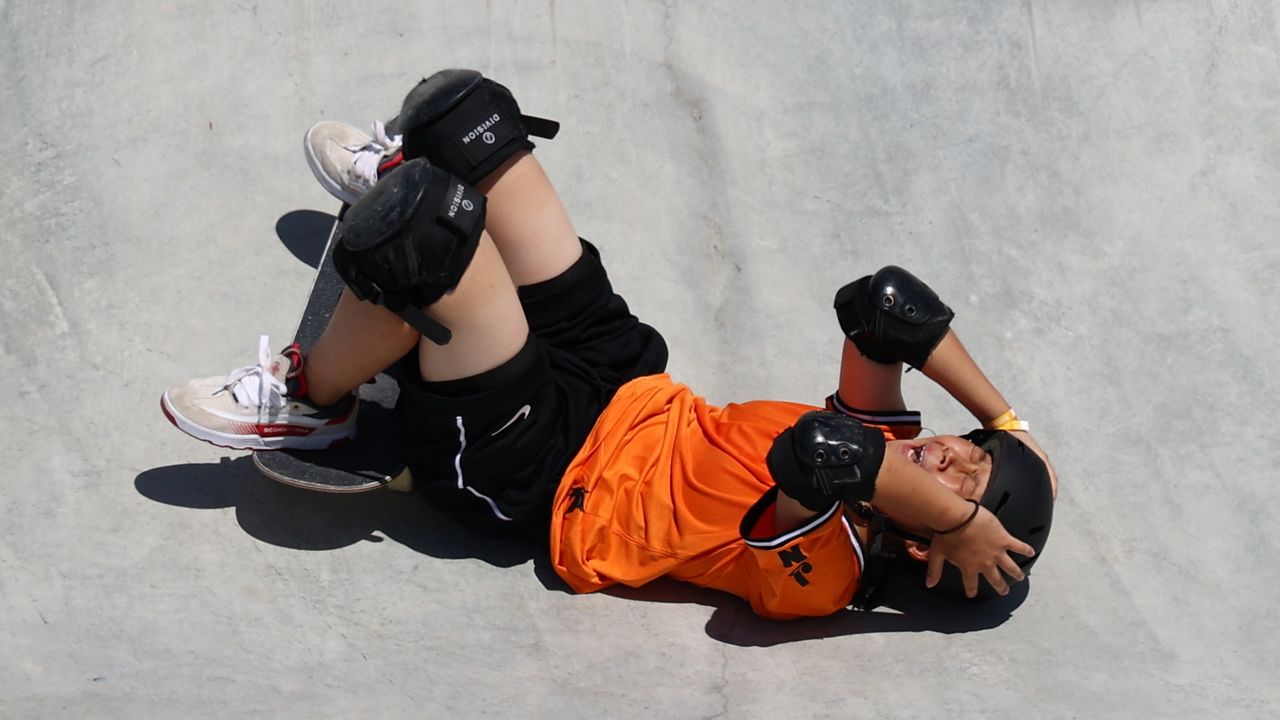 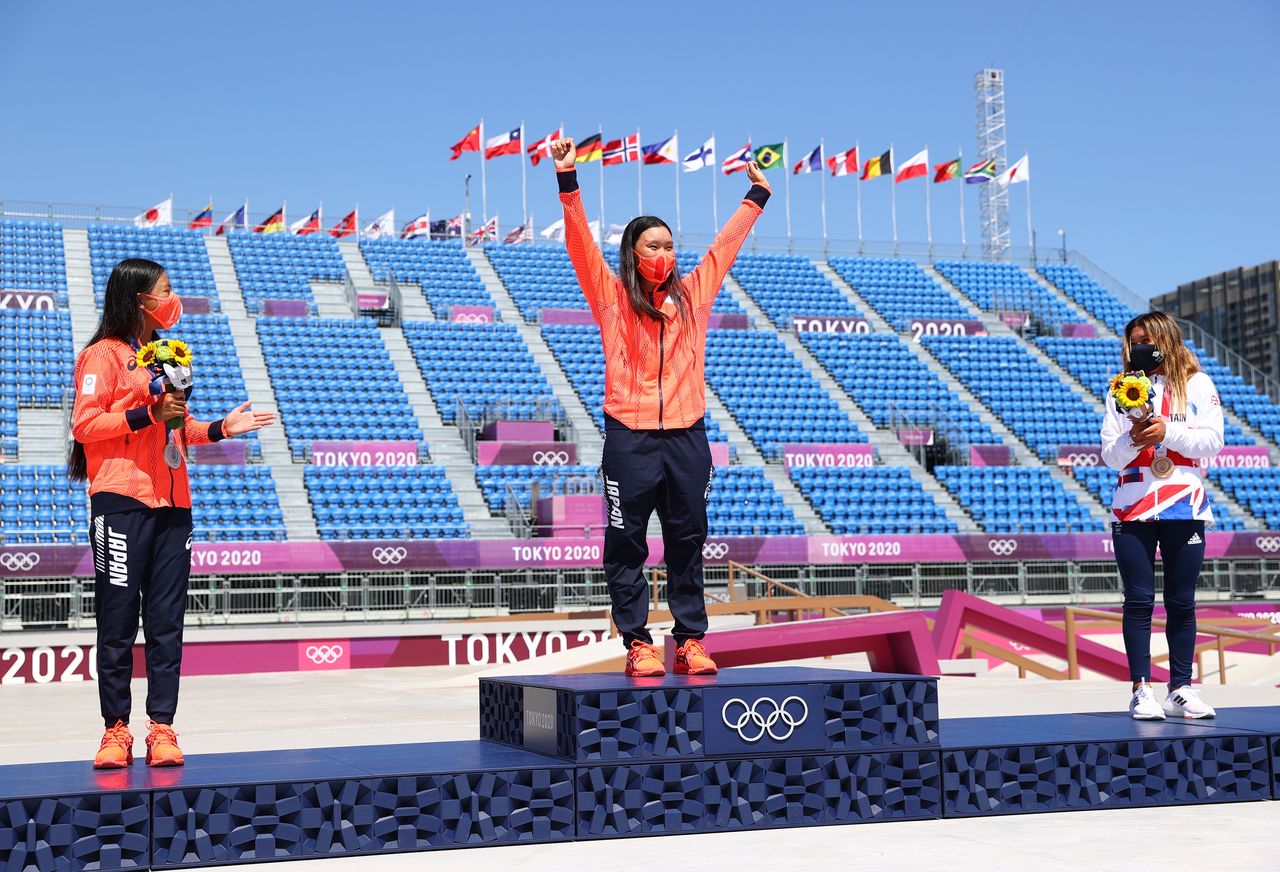