IZU, Japan (Reuters) - Filippo Ganna inpired Italy to a long-awaited gold medal in the men's team pursuit as they produced an electrifying finish to stun favourites Denmark in a see-sawing final at the Izu Velodrome on Wednesday.

The Azzurri trailed in the closing stages of the 16-lap duel but lead engine Ganna turned up the power and they blasted across the line in a world record 3:42.032, with the Danes an agonising 0.166 slower.

Italy's quartet of Ganna, Simone Consonni, Francesco Lamon and Jonathan Milan, who had also set a world record on Tuesday, celebrated wildly, thumping their fists into their chests, after delivering their first gold in team pursuit since 1960.

The blue-clad Italian train led for the first half of the 16 laps around the 250-metre oval, but Denmark piled on the pressure to reel them in.

The Danes then turned the screws to open up what looked like a decisive lead, and with less than four laps remaining their foursome of Lasse Norman Hansen, Niklas Larsen, Frederick Madsen and Rasmus Pedersen had a buffer of almost a second.

But Italy were not done. Ganna lit the fuse, and the four began burning down the deficit. With a lap remaining Denmark still had gold in their sights but it slipped away in the final 100 metres as Italy claimed a record-extending eighth title - and their first in over 60 years.

"We knew we were fighting against a very good team. We knew we had to attack them in the last km and that's what made the difference," Ganna told reporters. "The plan went well and now we have the gold medal around our necks."

It was quite a comeback by Ganna who missed out on a medal by two seconds in the 44km road time trial.

Team mate Lamon added: "This is a gift for all the group because it's been five years we started working for this. We have a beautiful, beautiful team. Like a family."

For the Danes it was a crushing blow having arrived in Tokyo as favourites to win the title for the first time since 1968.

"We're incredibly disappointed right now. We've been training towards and hoping for gold for such a long time, so right now we are super disappointed," Hansen said.

"We lost to a team that went a few hundredths faster than us. That is devastating, but we can be proud of silver."

Australia won the ride-off for bronze after New Zealand suffered a crash. Britain, who had bossed the event since 2008 but were thrashed by the Danes in controversial circumstances on Tuesday, had to settle for seventh.

Denmark ripped up the team pursuit blueprint when they smashed the world record three times to win gold at the 2020 world championships in Berlin.

They arrived as the team to beat but became mired in controversy on Tuesday after protests from other teams, notably Britain, that they had used illegal taping on their shins to gain an advantage in Monday's qualifying rounds.

They outclassed the defending champions Britain on Tuesday but that heat ended controversially when Frederick Madsen ploughed into the back of Charlie Tanfield, leading to more objections from the British.

Perhaps it took a toll on the Danes, but the Italians did not care as their anthem sounded around the arena.

The men's sprint got under way on Wednesday flying Dutchmen Jeffrey Hoogland and Harrie Lavreysen living up to their favourites' tag in the opening rounds.

Having combined to win gold in the team sprint the day before, they could not be separated as they set an identical time of 9.215 in the 200m flying start.

Both then eased through two more rounds to take their place among the last 12 who will go again on Thursday.

Reigning champion Jason Kenny, who settled for silver in the team sprint, was only eighth-fastest in the 200m flying start but made it safely through the day as did team mate Jack Carlin. 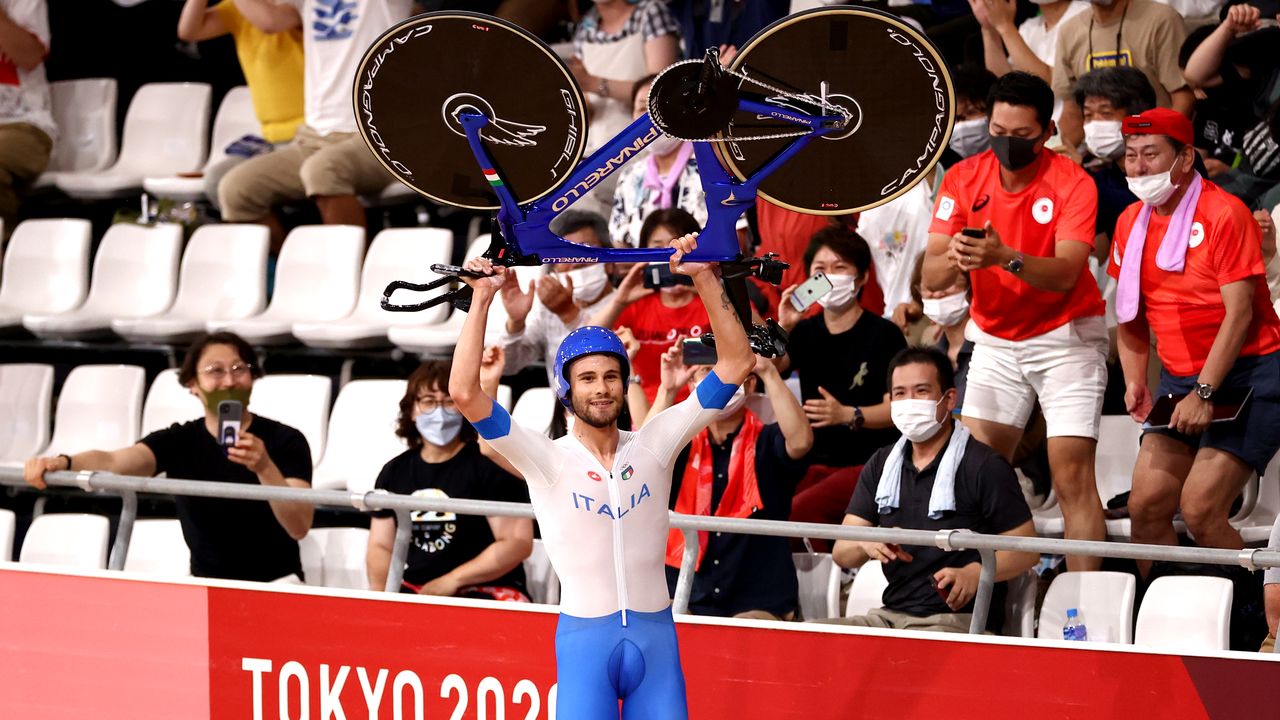 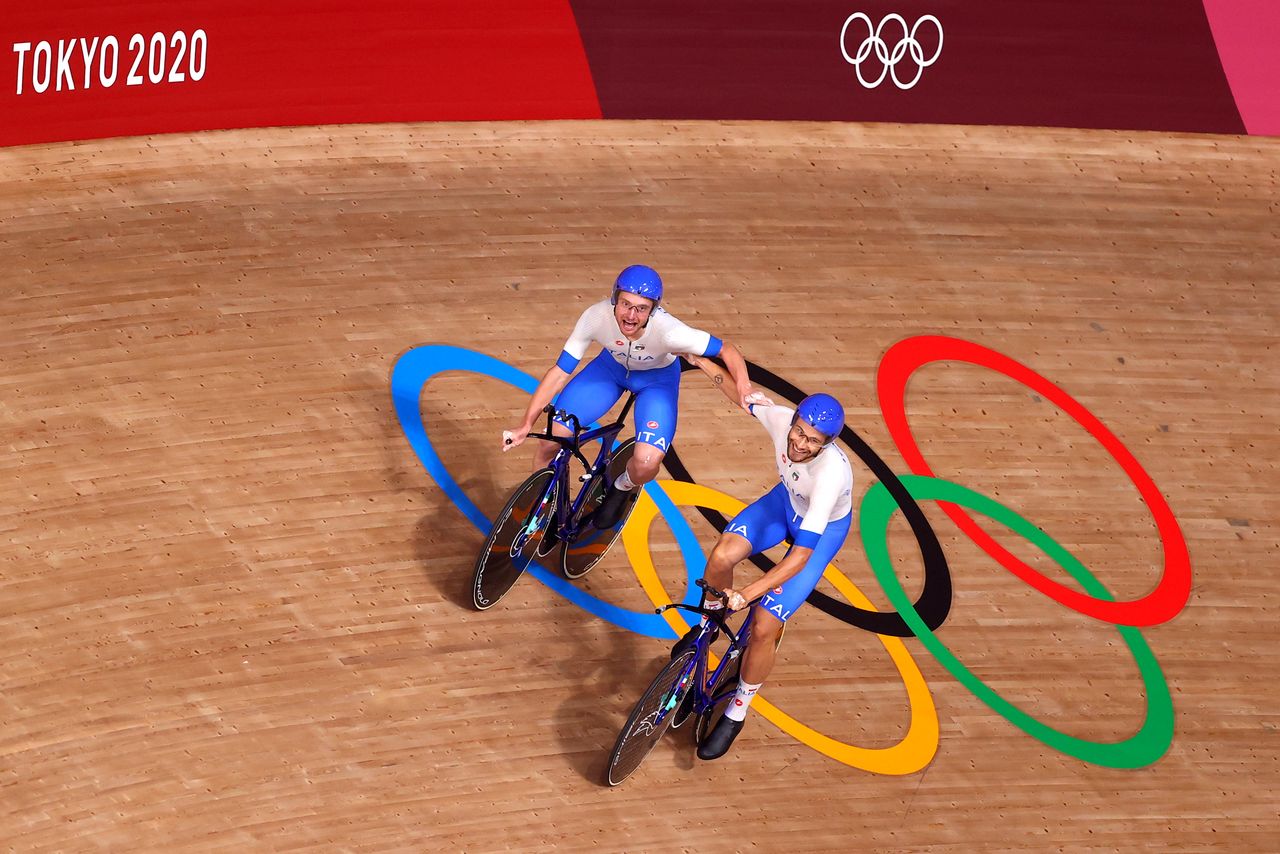 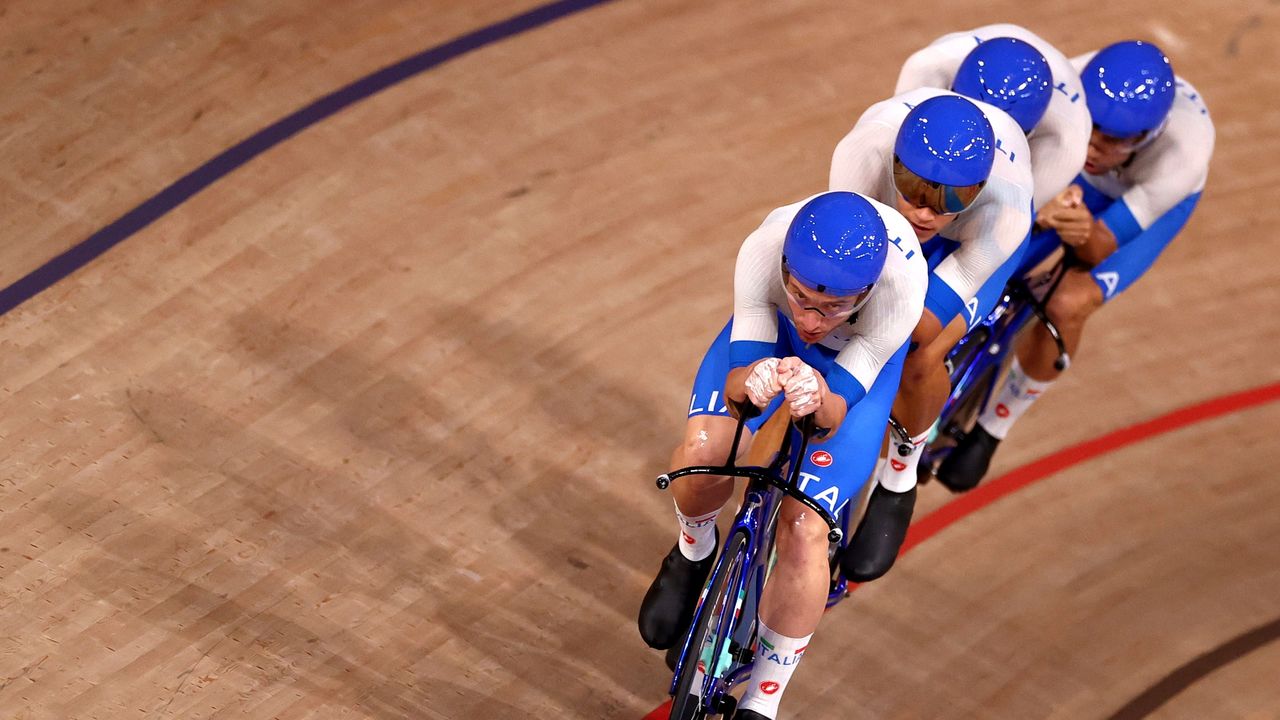 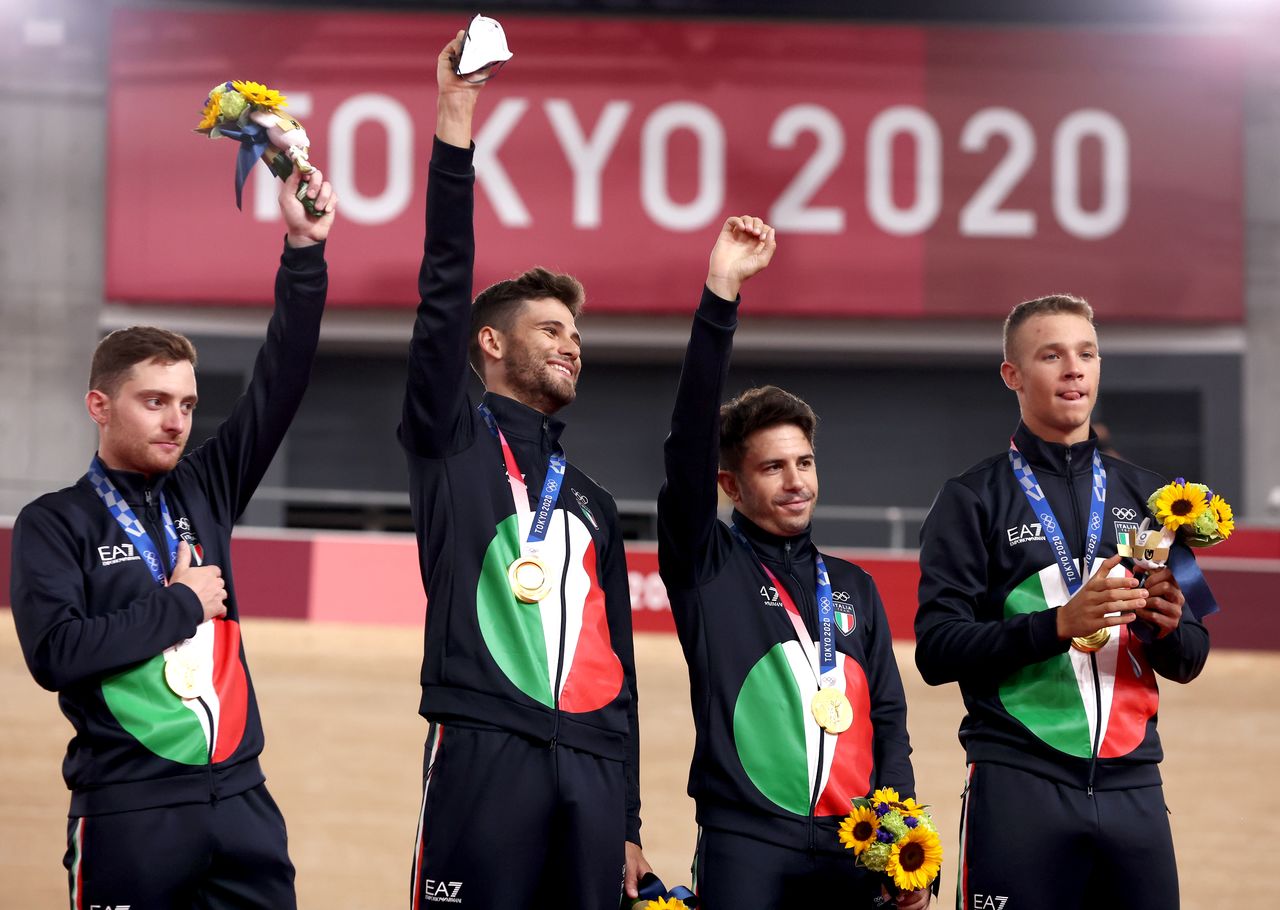