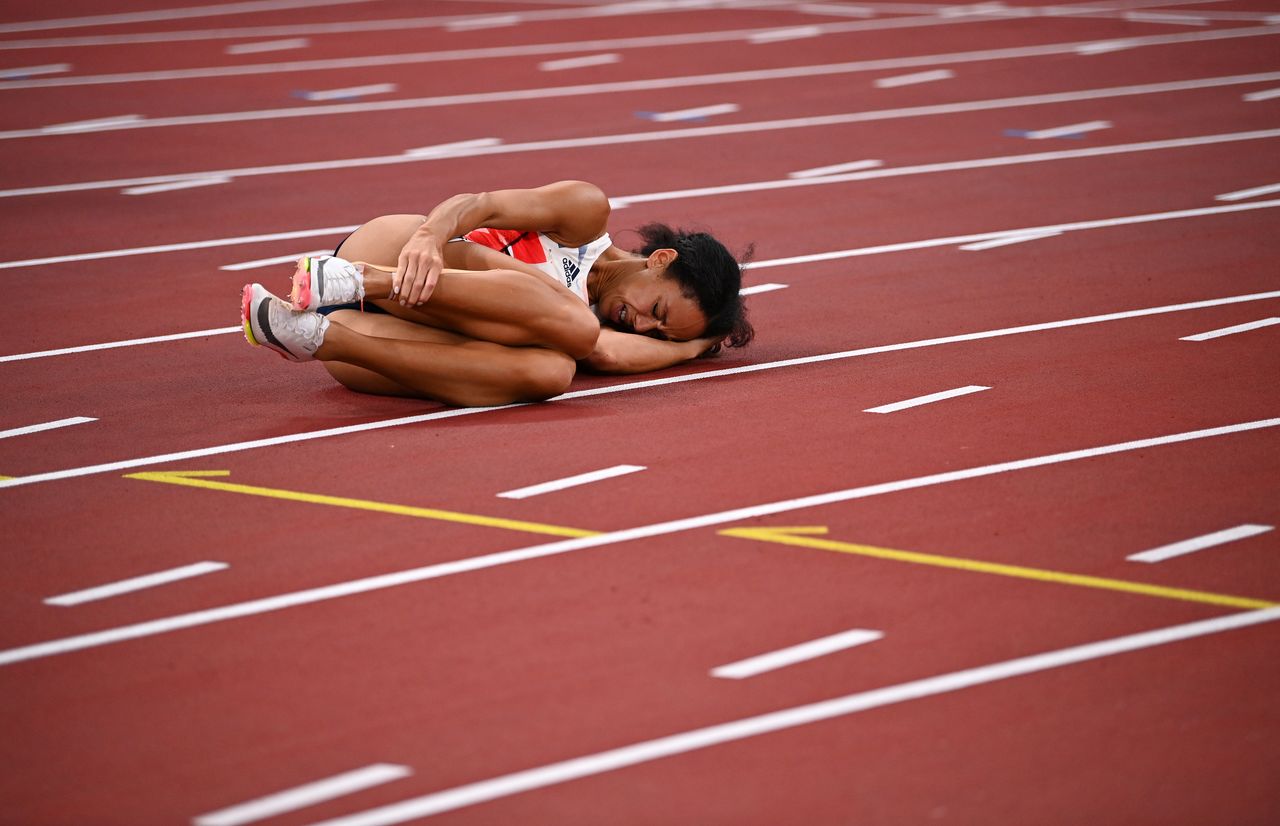 TOKYO (Reuters) - Heptathlon world champion Katarina Johnson-Thompson's Olympic bid ended abruptly on Wednesday when she collapsed to the track during the 200 metres event, months after she suffered an Achilles tendon injury.

The Briton won her hurdles heat and cleared 1.86 metres in the high jump before pulling up in the fourth event, crumpling to the ground as volunteers offered her a wheelchair to take her off the track.

Johnson-Thompson waved them away, bravely rising to her feet and hobbling to the finish line as the few onlookers inside the Olympic Stadium applauded her. Team GB said on Twitter that she had injured her calf.

The Netherlands' Anouk Vetter led through the first day of competition, with Belgium's Noor Vidts second in the standings and her compatriot, defending Olympic champion Nafissatou Thiam, third.

"It was very hot this morning, and it was very difficult for me. I wasn't feeling well at the beginning. I was better during the high jump because it was later in the day," said Thiam, who added that a nail on her foot was hurting her during the competition.

"I tried to put something in my shoe because each time I jumped it hurt, but it wasn't enough for me. That's why I wasn't feeling well. I was expecting better but I don't have any regrets for today."

Vetter said she was "shocked" to discover she was at the top of the leaderboard despite producing a clean performance without any major errors.

"With long jump coming up, I feel like there’s a bit more tension because there are others out there who are able to collect more points than me," she said.

The heptathlon will resume on Thursday, starting with the long jump.