TOKYO (Reuters) -After years of finishing among the minor medals, Canada's Andre De Grasse got his gold on Wednesday, winning the Olympic men's 200 metres with a scorching time of 19.62 seconds that made him the eighth-fastest man ever over the distance.

De Grasse, who claimed the 100m bronze and 200m silver at the 2016 Games and 2019 World Championships, finally fulfilled his potential under the clear night sky at Tokyo's Olympic Stadium.

"I've been through so much these last five years on and off the track," he said, referring to his lingering hamstring problem after the last Games in Rio de Janeiro and a severe bout of mononucleosis.

"In 2016 I was a kid and inexperienced but now I have so many expectations to come away with medals, and I wanted to show the world all my injuries are behind me and I can bring home a gold medal."

The 26-year-old Canadian became the first Olympic 200m champion after Jamaican Usain Bolt, who won gold at three consecutive Olympics from the 2008 Beijing Games before retiring in 2017.

For most of the race, however, it looked like De Grasse would again finish with any medal but gold.

He came into the turn third but seemed to find a higher gear to surge past his American rivals in the last 40 metres and claim victory with a Canadian national record.

The United States last won this event was in 2004, when they swept the medals, and Noah Lyles had established himself as the world's top 200m sprinter in 2018 by winning all his races over the distance and posting a series of sub-19.7 times.

The world champion, who came to Tokyo with a 2021 world-leading time of 19.74 set in the U.S. trials, appeared poised to end his country's long wait.

But Lyles was also passed by his team mate Kenny Bednarek, who took the silver medal with a time 19.68, and had to settle for bronze in 19.74.

Lyles was not satisfied with the colour of his medal.

"I suppose, especially running out of lane three, I was very happy when I re-watched the race and I saw that I came off the turn well ahead, that is something I have been working on for a long time, to see it happen was a beautiful sight.

"Unfortunately I couldn't really see anybody so I was really just running for my life."

Bednarek, 22, had arrived in Tokyo in red-hot form after his 19.78 personal best at the U.S. Olympic trials and running in the lane next to De Grasse helped him through.

"It didn't go as planned, my plan was to try and lead the whole race because it's my tournament and I'm one of the best in the world, but unfortunately that is not what happened," he said.

"But I am grateful to come out with a silver medal, I can build off of this in the future."

American Erriyon Knighton, 17, who has taken Bolt's Under-20 world record, missed out on becoming the youngest medallist in a men's athletics event by finishing fourth. 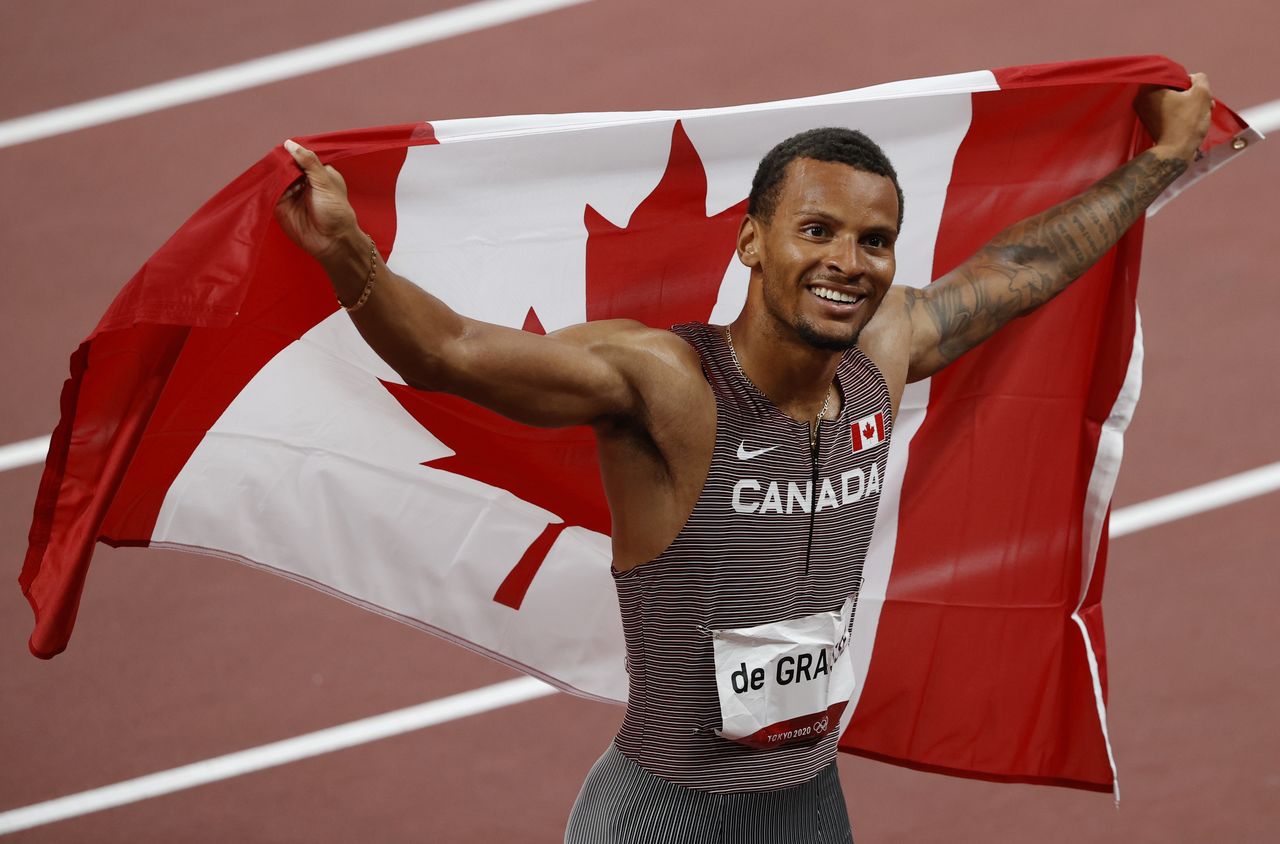 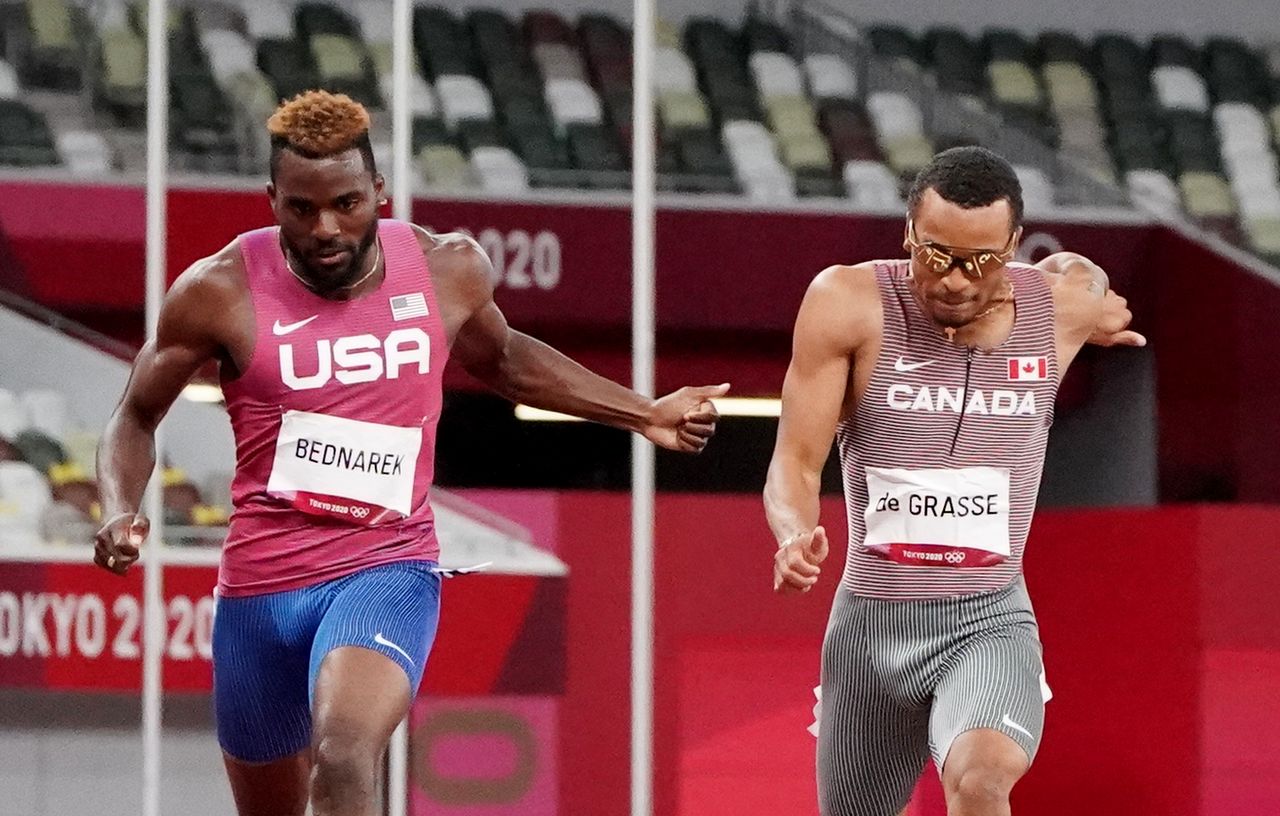 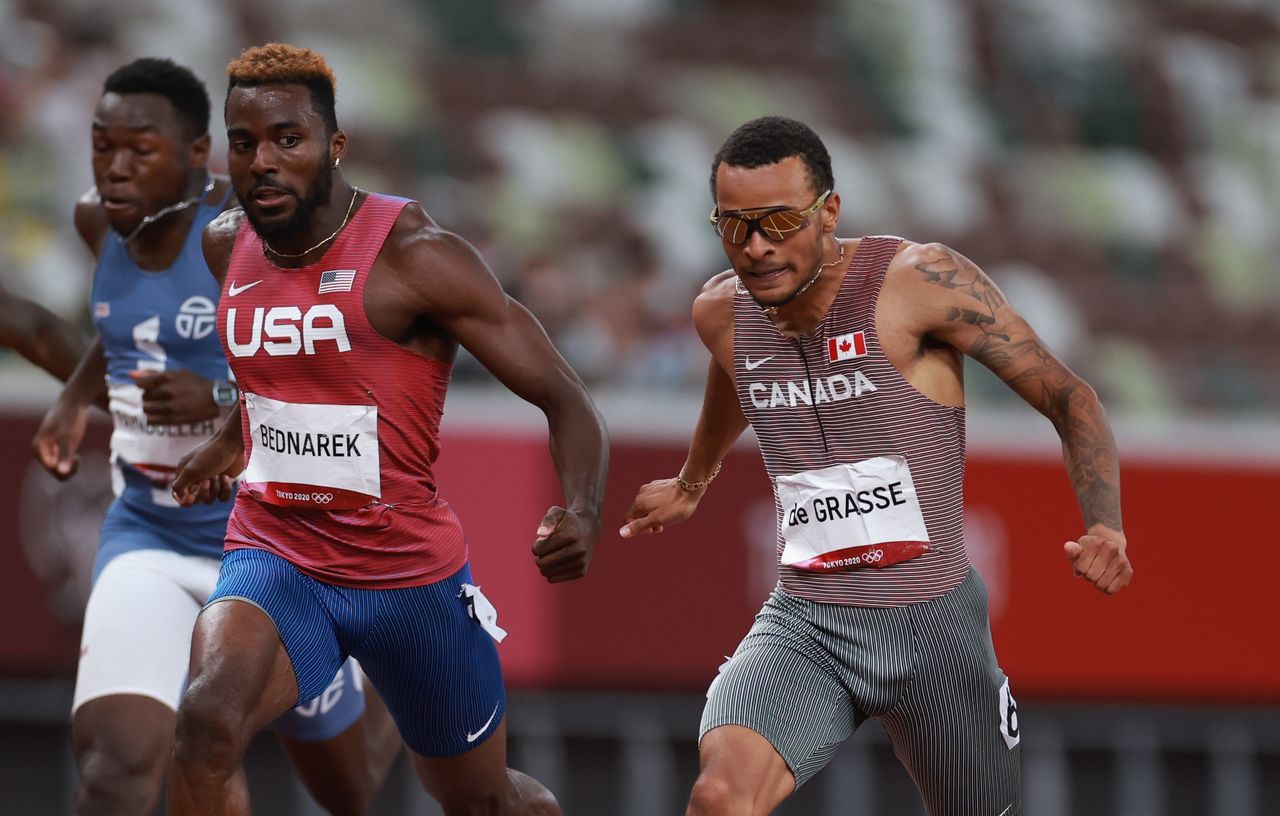 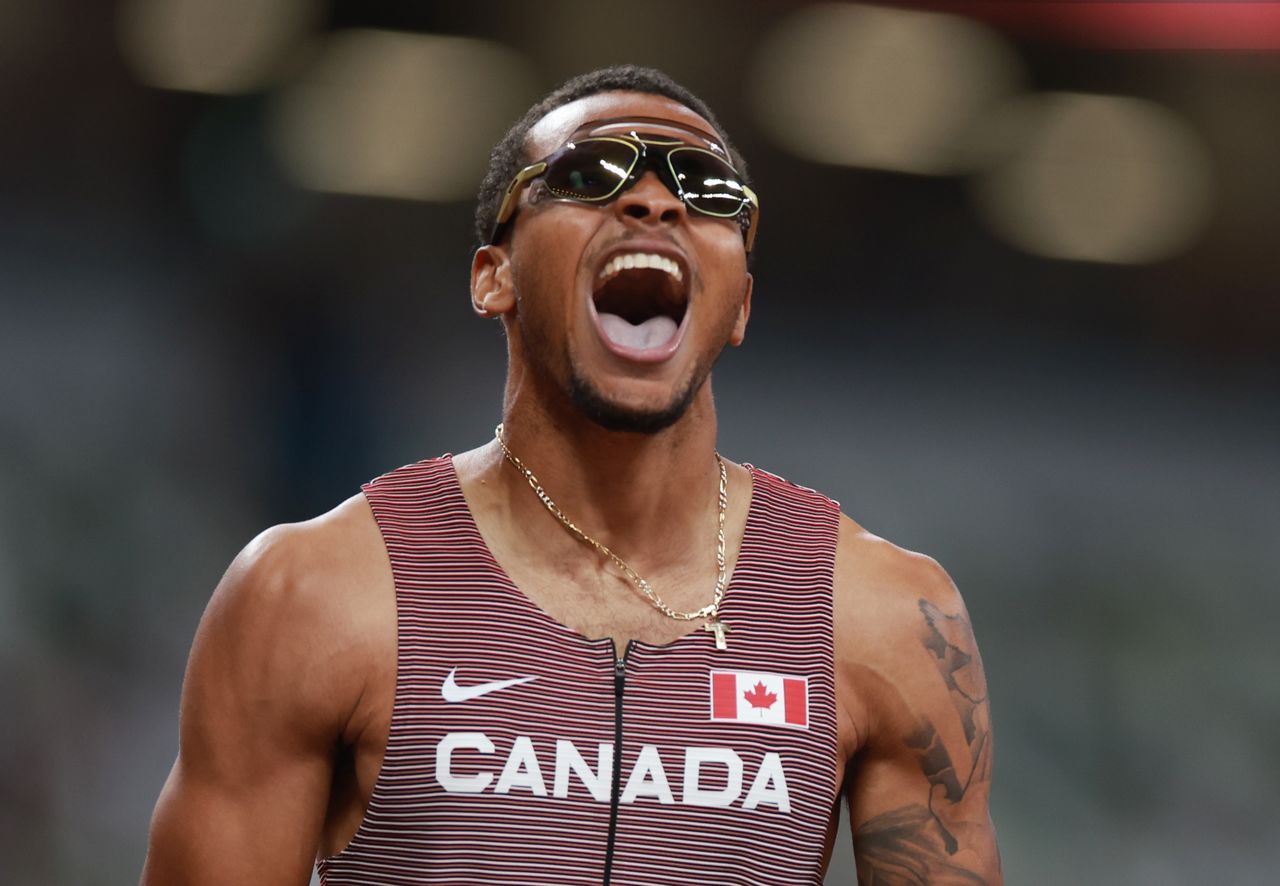 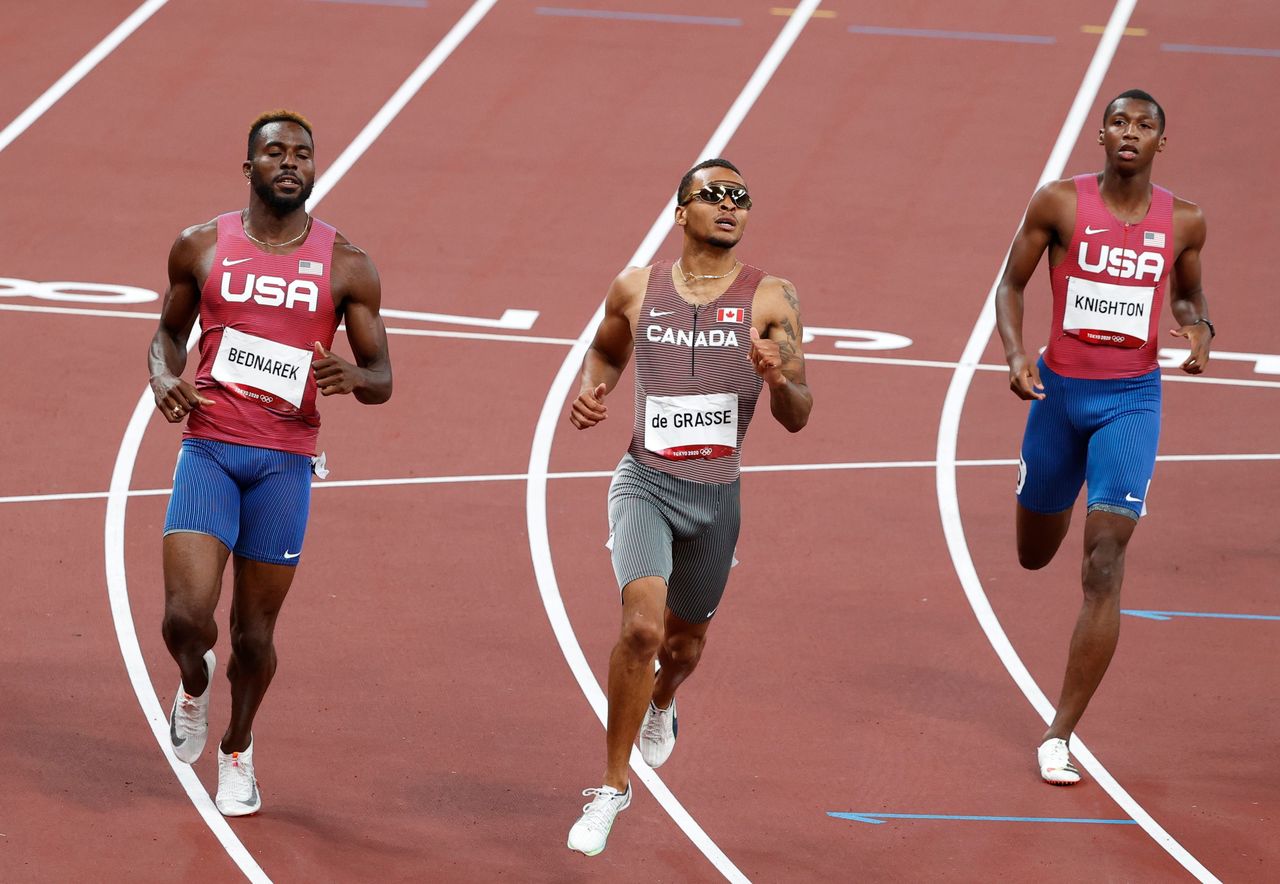