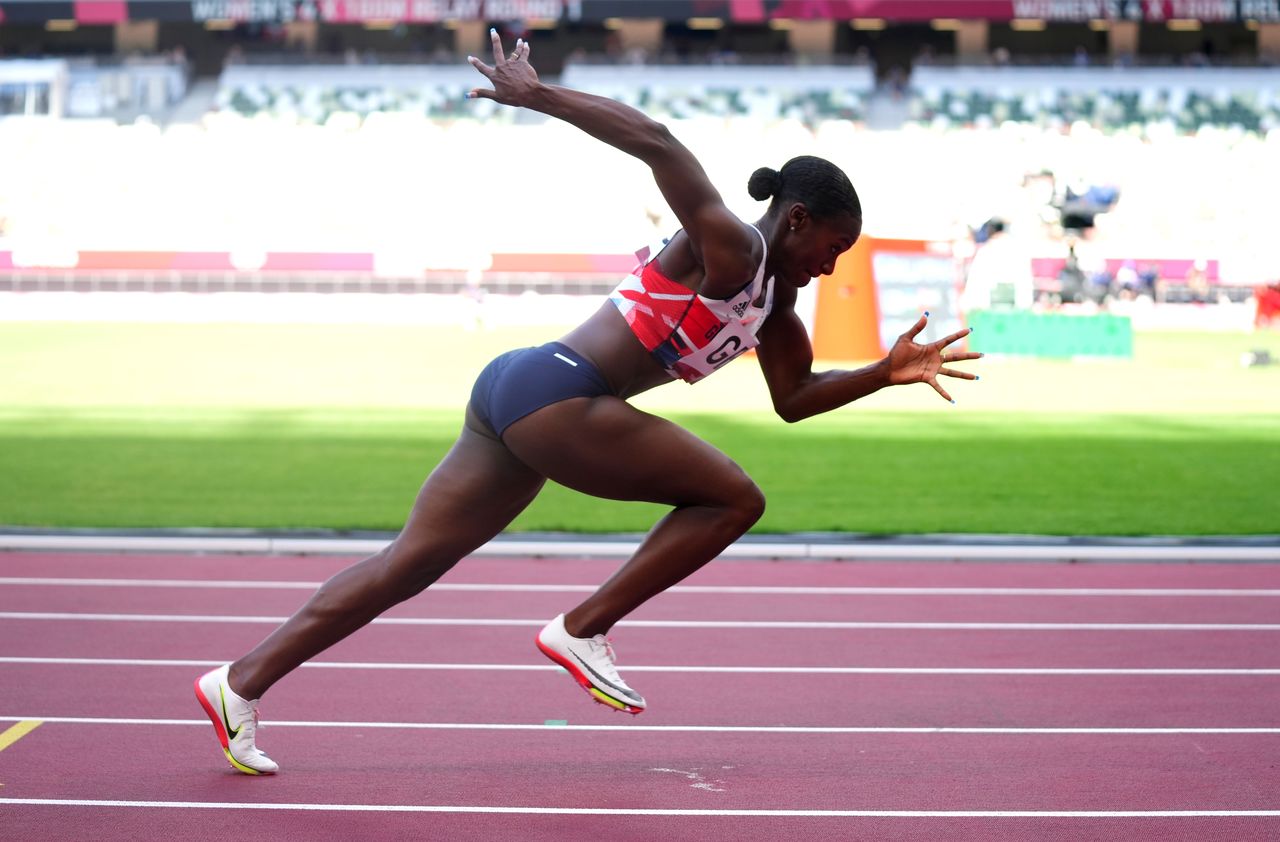 TOKYO (Reuters) -Dina Asher-Smith recovered from her hamstring strain to help Britain to a national record of 41.55 seconds and into the Olympic 4x100 metres relay final as the fastest qualifiers on Thursday.

Asher-Smith withdrew from the 200m, where she is world champion, after being hampered by the injury in the 100, but she showed no ill-effects while running a superb third leg as Britain's crisp changeovers brought them home ahead of double defending champions the United States.

"There was never any doubt in my mind that I'd be lining up here today because the relay's really important, we got a bronze medal in Rio," said Asher-Smith. "These ladies are in great shape, they're incredibly talented, so I knew I had to rest up and get ready for the team event."

Anchor-leg Daryll Neita, who joined Asher-Smith as the only British women to break 11 seconds with her 10.96 in the 100m heats, added: "I was watching the first change on the screen thinking, 'ok, that was really good...I saw Dina coming into it and I thought, 'it's go-time.'

"I really wanted to bring it to the finish for these girls. We've worked so hard. We haven't had that much practice and neither has the rest of the world in the pandemic.

"To come out here today in the heat and set a British record, to have amazing changes - we've got confidence. Girls, good job."

The United States (41.90) and Jamaica, who finished third in 42.15 but will probably be strengthened by the introduction of Elaine Thompson-Herah and Shelly-Ann Fraser-Pryce, also advanced to Friday's final.

Gina Luckenkemper ran a storming last leg as Germany overhauled Switzerland to win the second semi in 42.00 while the Swiss notched a national record -- one of five on Thursday -- of 42.05 and progress as the fourth-fastest qualifiers.