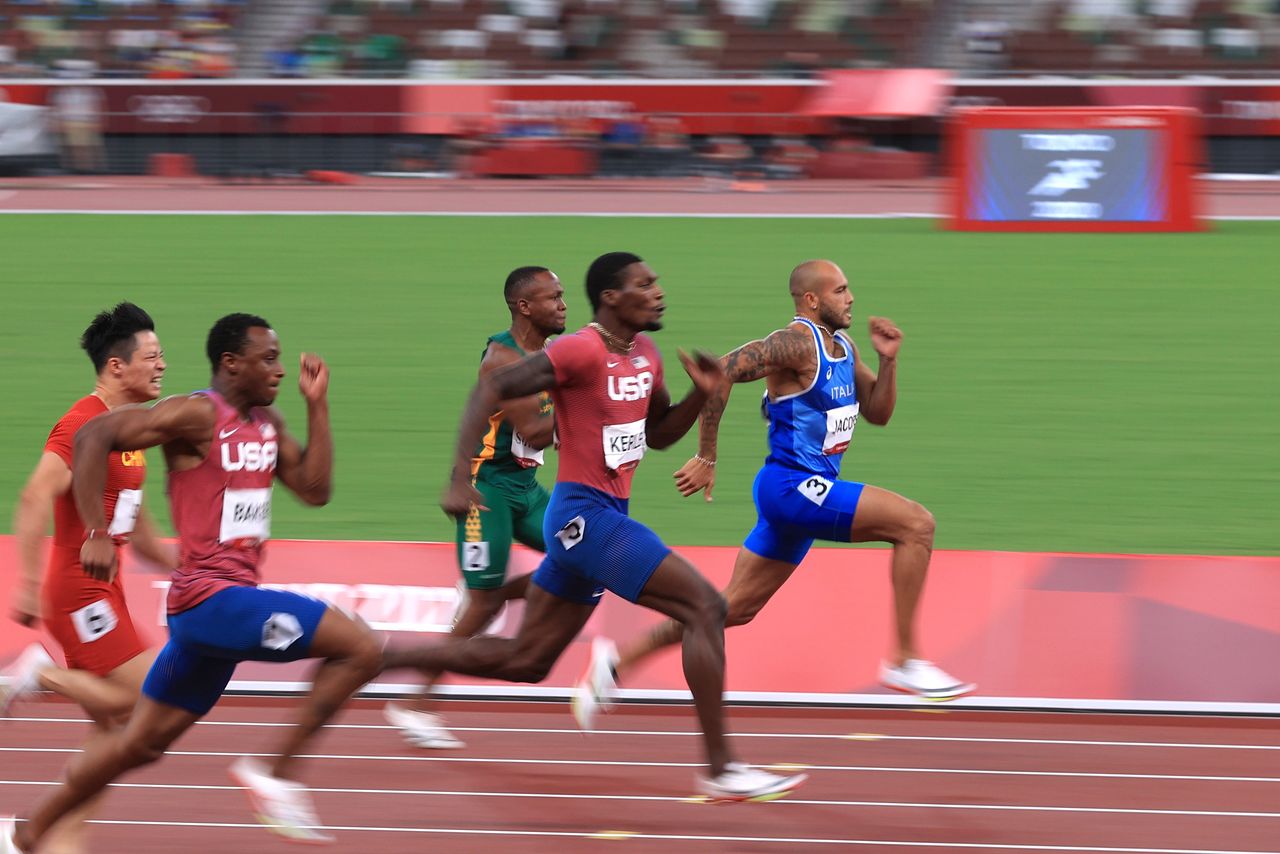 TOKYO (Reuters) - The United States failed to make the Olympic men's 4x100 metres relay final after a ragged run saw them finish a shock sixth in their semi-final on Thursday, the latest in a dire run of performances in an event they dominated for decades.

But, despite the depth of talent on show, the changeovers were poor and a shocking second handover saw them lose all momentum. Anchor Gillespie, a controversial inclusion ahead of Kenny Bednarek or Noah Lyles, made no impression in a mass finish, with China the surprise heat winners in 37.92.

After dominating the event for decades, winning at a remarkable 15 of the 18 Olympics they entered from 1920 to 2000, a succession of disqualifications and setbacks have contributed to the U.S. failing to win gold since.

In 2004 they were edged on the line by Britain, while they dropped the baton in 2008. They finished second again in 2012, only to be stripped of the medal due to Tyson Gay's doping positive, and were disqualified again for a changeover offence after finishing third in 2016.

With a series of similar failures in the world championships it adds up to a long tale of woe. It is also another setback for the men's team of the sport's traditionally most powerful nation at Tokyo, where they have struggled to make anything like their usual impact.

Carl Lewis, who helped the U.S. to two Olympic and three world sprint relay golds, was one of many to take to social media to share his disappointment. "The USA team did everything wrong in the men's relay," Lewis tweeted.

"The passing system is wrong, athletes running the wrong legs, and it was clear that there was no leadership. It was a total embarrassment, and completely unacceptable for a USA team to look worse than the AAU (Amateur Athletic Union) kids I saw." (This story corrects full name of AAU to Amateur Athletic Union, not American Association of Universities, in final paragraph)