Holloway had not lost a hurdles race since August last year and was the overwhelming favourite after breaking the world indoor record over 60m hurdles this year and missing the 110m record by one-hundredth of a second at the U.S. Olympic trials.

The 23-year-old burst out of the blocks and looked set for gold until losing momentum over the final two hurdles.

Parchment, 31, surged past him to win in a season-best time of 13.04 and add the gold medal to his London Olympic bronze.

Holloway came home in 13.09 to take silver with Jamaican Ronald Levy third in 13.10.

Parchment was stunned to have toppled Holloway.

"A lot of times, after the final hurdle, I'm kind of leaning too early, and my coach reminded me to run through the line -- and that's what I did."

The man who was supposed to pose the biggest challenge to Holloway in Tokyo was not in the race. Omar McLeod, the 2016 Olympic champion, hit the first hurdle at the Jamaican trials in late June and failed to make the cut.

Parchment did not run a 110 hurdles race at all last year due to injury. In his first race in 2021 he clocked 13.49 in June, his time again affected by injury.

Parchment was only third at the trials and finished second in his heat and semi-final in Tokyo but managed to bring his best when it mattered to ensure the gold medal will remain in Jamaica.

The United States has dominated the 110 hurdles at the Olympics, winning 19 of the 28 gold medals on offer before Tokyo.

On a hot and humid morning at the Olympic Stadium, Holloway came into the race under considerable pressure.

The United States have won a gold medal in a men's individual running event at every Olympics dating back to the inaugural Games in 1896, excluding 1980 when they boycotted.

But they have drawn a blank in Tokyo so far.

Holloway said the Olympic pressure got to him a little.

"Everybody knows I'm going to get out strong. Now it just comes to a point where I've got to finish strong," said Holloway.

"I just think the nerves, the big atmosphere got the best of me a little bit. But I'm young, I've got a lot of races under my belt so I'll take this with a grain of salt and I keep moving forward.

"This was not the outcome that I wanted but it enables me to say I'm an Olympic medallist." 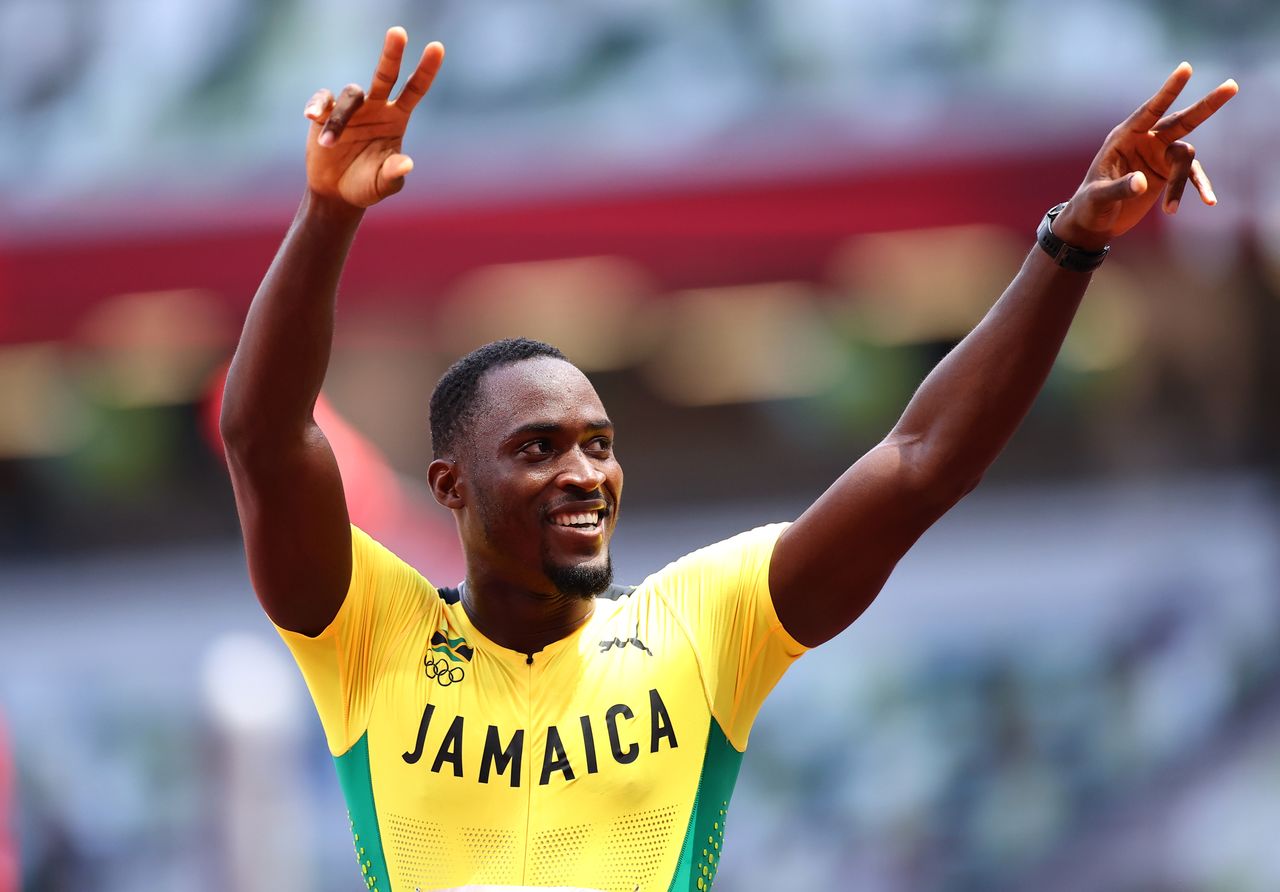 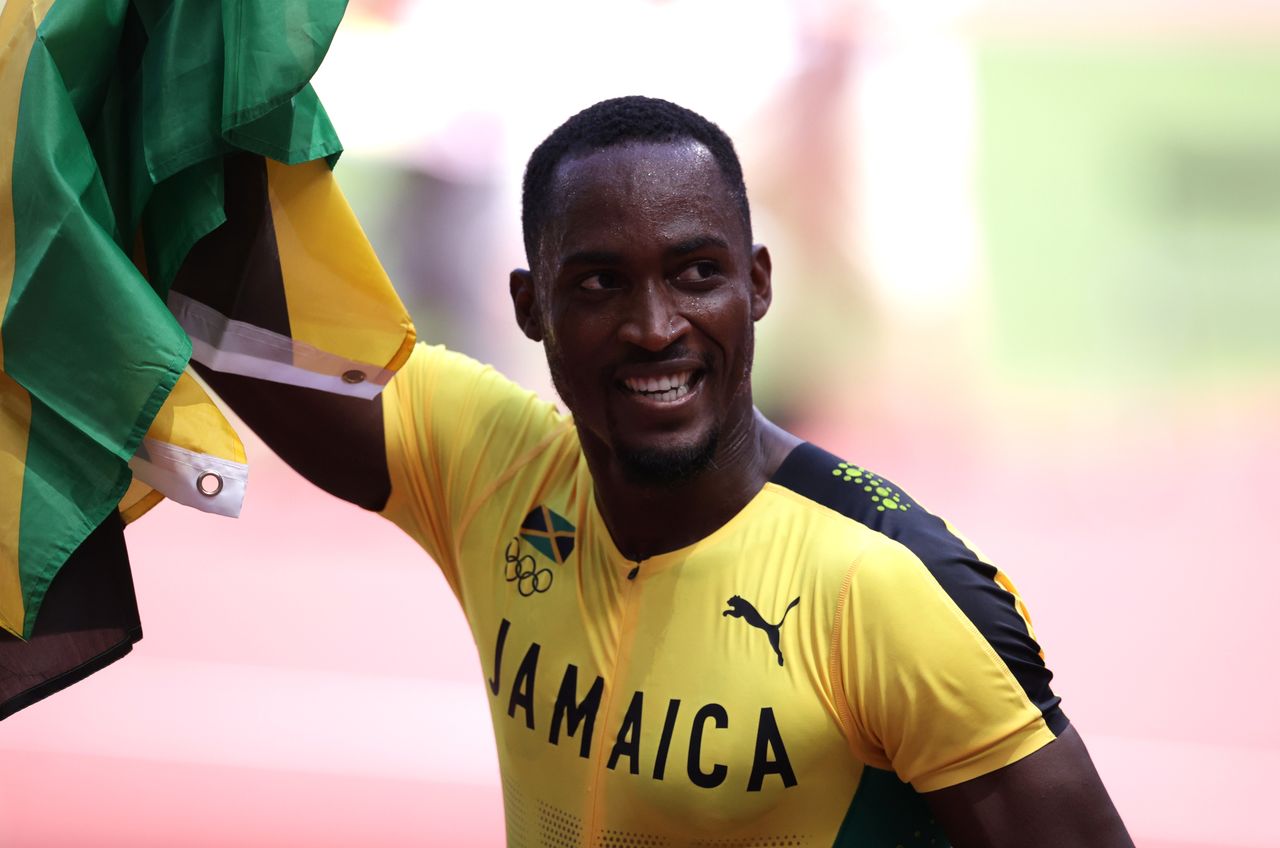 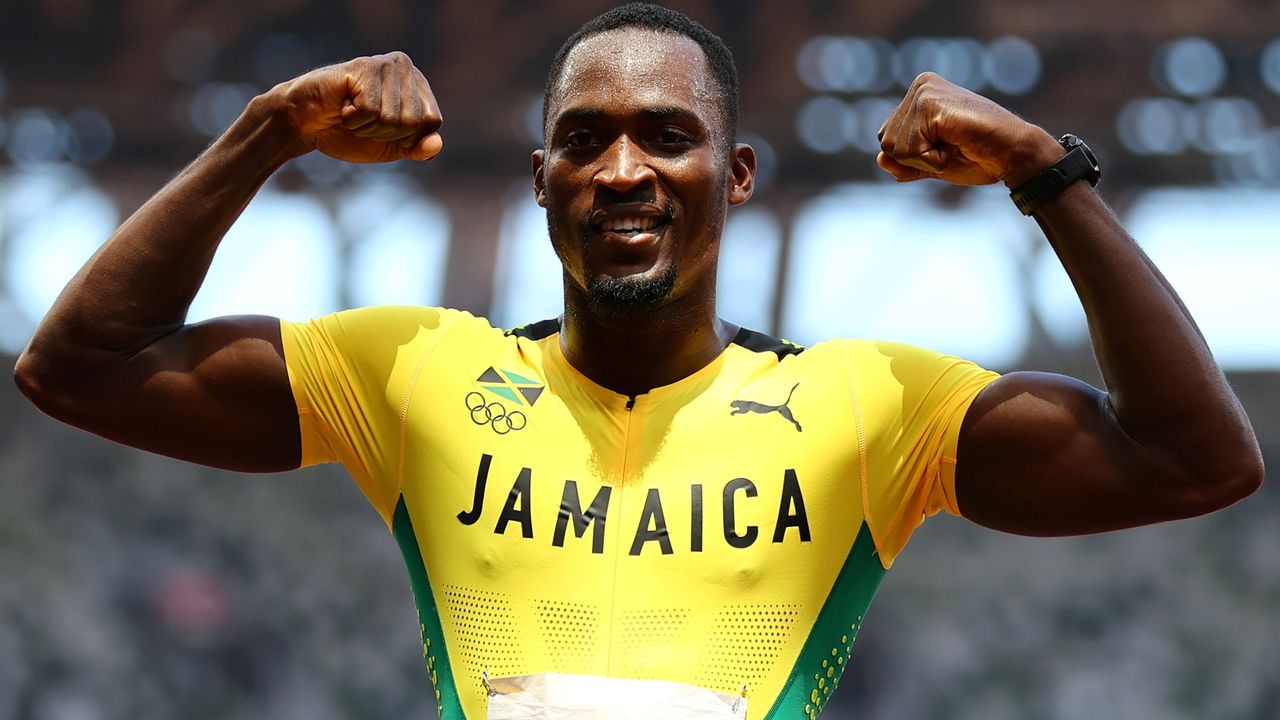