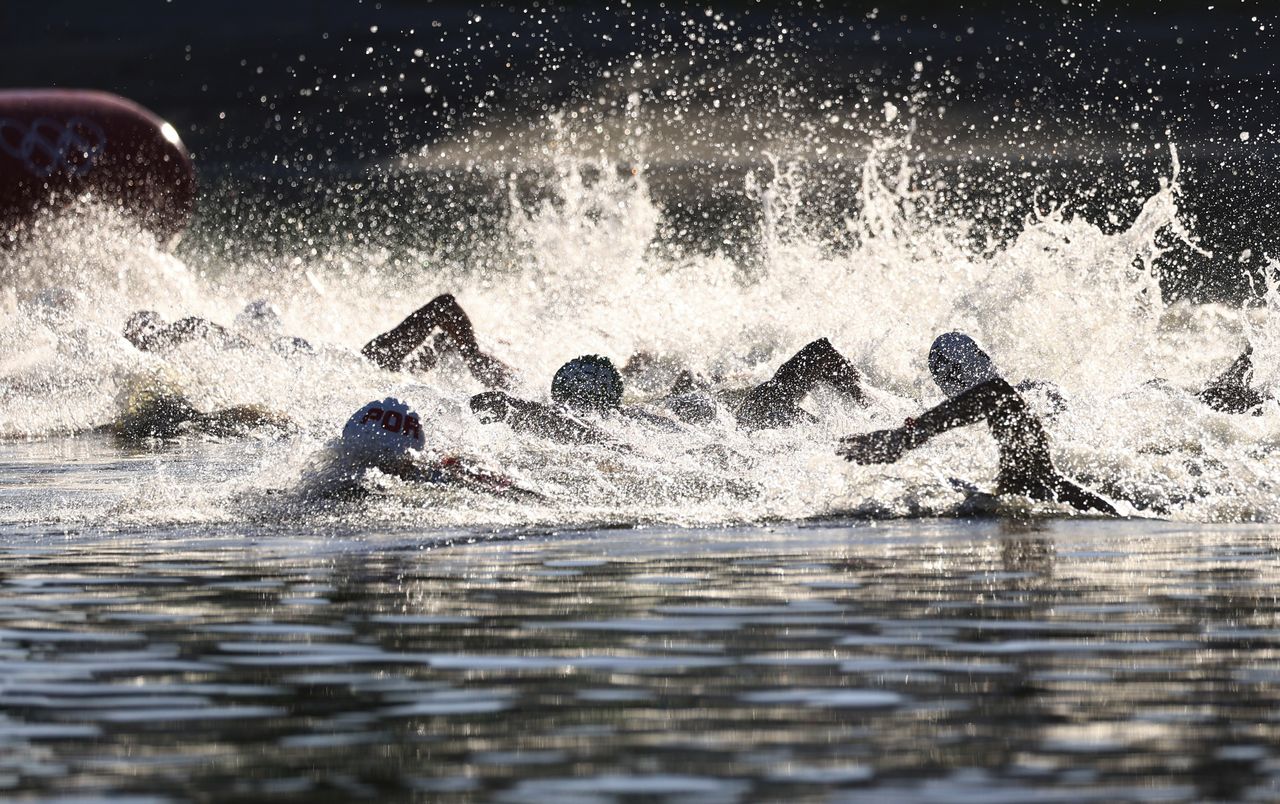 TOKYO, Japan (Reuters) - When athletes of Tokyo 2020's marathon swimming race plunged into the water at Odaiba Marine Park on Thursday, their minds would have been set on closing the race with good results.

But Briton Hector Thomas Cheal Pardoe had to deal with the ordeal of an open water swim as he got elbowed in the eye in the closing lap of the race. He sustained a cut and lost his goggles, which forced him to withdraw.

"I got an elbow in the eye from – not sure who it was but it was in my last lap," a frazzled Pardoe told reporters.

"I couldn't see anything, I thought my eye had fallen out in the water. I was going up to the lifeguard saying 'My eye! My eye! Is it okay?'," he said during a separate interview.

"It was all swelled up, and I didn't realise how bad it was, it was all blurry in my eye," he added.

Pardoe later posted pictures of his bruised and bloodied eye on Instagram, adding that he was "still smiling".

Pardoe, however, was not the only swimmer in the race to be blindsided by the frenzy of an open water race.

Fish could be seen jumping over the heads of swimmers as they cut through the water, with one hitting a bronze medallist's chest.

"It jumped up and hit me (on the chest). I didn't know what it was at first and I was like 'woah'," Australian swimmer Kareena Lee said of the fish on Wednesday after finishing the women's marathon swim with a bronze medal.

But silver medallist of the men's race Kristof Rasovszky of Hungary didn't let the fish deter him.