By Martin Petty and Philip O'Connor

TOKYO (Reuters) -Albert Batyrgaziev prevailed in a tactical battle to win the first Russian boxing gold of the Tokyo Olympics with victory by split decision over American Duke Ragan in the men's featherweight final on Thursday.

Ragan went into the gold medal bout looking for a technical fight and started well, flicking out his jab at his opponent and looking to land big right hands, but he never found the target and Batyrgaziev grew in confidence.

The Russian Olympic Committee fighter stalked forward, landing punches in pairs as Ragan failed to keep out of range, came off worst in the clinch and was wrestled to the floor several times.

Ragan had no choice but to go for broke in the final round but Batyrgaziev stifled him again as he pushed home his advantage to take gold.

"Before I came here I told the people in my town that I am going to bring home the gold medal," said Batyrgaziev, who turned professional last year.

"I have kept my word and now I am going to go home and celebrate with them."

Ragan said he was not in his best physical condition and the better man won.

"There's no excuses, I feel like I put up a good fight and I'm blessed to be going home with a silver medal," he said.

Flyweight Carlo Paalam put himself in contention for the Philippines' first-ever Olympic boxing gold with a win over Japan's Ryomei Tanaka, his speed and agility killing off the hosts' chances of a second Tokyo boxing title.

When his victory was confirmed, a teary-eyed Paalam fell to his knees on the canvas and let out an ecstatic scream.

Asked about a gold medal, he said: "I won't answer that for now, I still have good work left to do."

"Fight for Gold, Carlo Paalam! We are rooting for you," Pacquiao said.

Paalam will on Saturday fight Briton Galal Yafai who beat Saken Bibossinov of Kazakhstan in a thrilling semi-final.

A huge roar erupted from the British team in the spectator-less arena after Yafai's win was announced.

"To be in an Olympic final is something I never thought I could do," Yafai said. "It just goes to show, if you put in hard work, you reap the rewards."

World and Pan-American champion Beatriz Ferreira is looking to win Brazil's second-ever Olympic boxing gold and always looked on top in a scrappy fight with 40-year-old Mira Potkonen of Finland in the women's lightweight contest.

Ferreira will meet Irish top seed Kellie Anne Harrington, who came through with an astute tactical performance against Thai Sudaporn Seesondee, switching stance between rounds to frustrate the tough-punching Thai before moving in quickly on the counter. 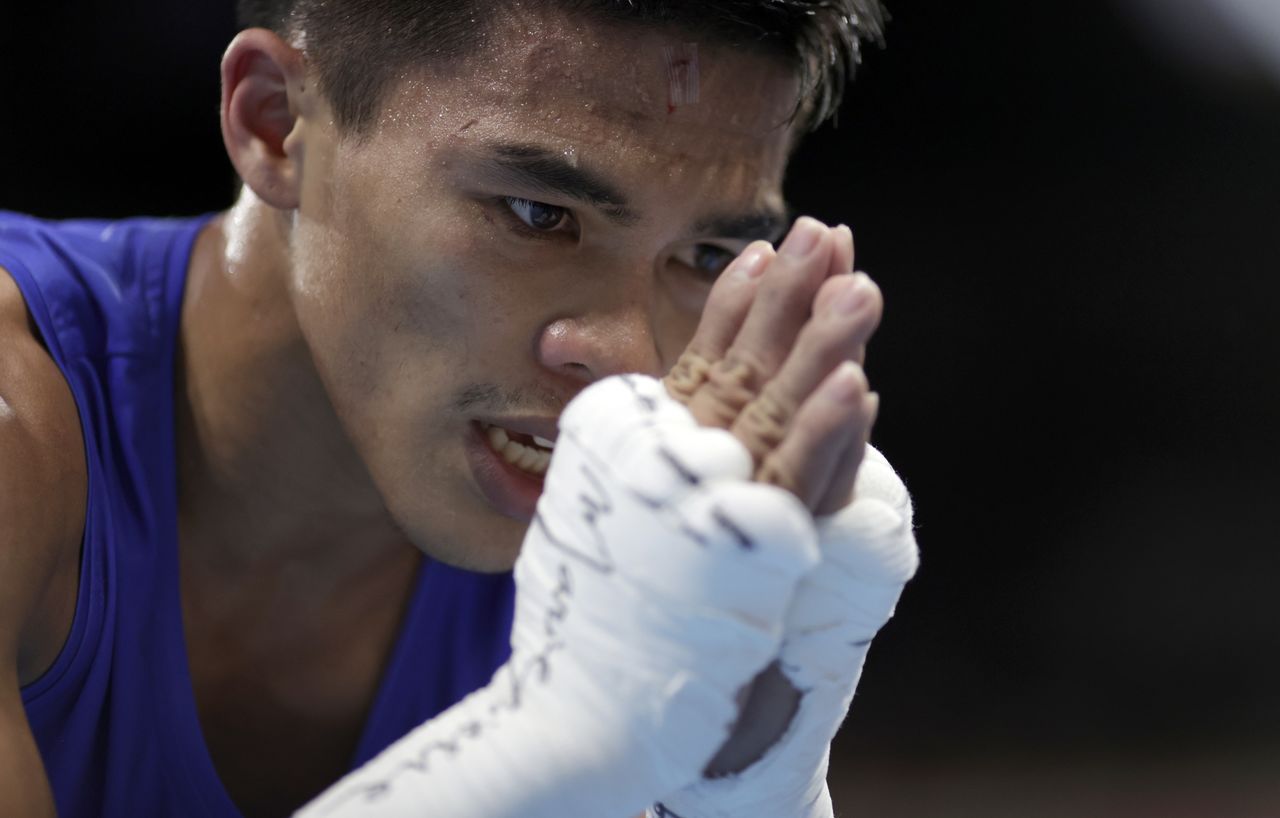