SAPPORO, Japan (Reuters) -Italy's Massimo Stano won the Olympic men's 20km race walk on Thursday, pulling ahead of the pack in the final stages to claim his country's third gold medal in the event.

Stano had never won a major international race so the fact the victory came on the world's biggest sporting stage made it all the sweeter for the 29-year-old.

"It's beautiful to cross the finish line first. In my life, in international races, never first. Fourth, third, sixth, never first. But in the best race, in the Olympic Games, I'm first. It's the best," he told reporters.

"It's unbelievable. I haven't woken up now, it's like a dream."

Stano made a thumb-sucking gesture on the winner's podium, in reference to his six-month-old daughter to whom he dedicated his victory.

Ikeda said he was spurred on to capture Japan's first medal in the event.

"The fact that this was in my own country was a big source of encouragement and I kept a sense of pride. I had pressure but this pressure worked well for me," he said.

World champion Yamanishi, however, came away disappointed that he had to settle for third.

"I was aiming for gold for myself and for Japan but I couldn't make it so it's very frustrating," Yamanishi said.

"Next time I want to win the gold medal."

Yamanishi was leading in the early going until China's Wang Kaihua took over through the 12km mark.

Stano moved to the front at the 16km stage, just ahead of Ikeda and Yamanishi, until he put distance between himself and his Japanese rivals to cross the line one hour, 21 minutes and five seconds, nine seconds ahead of Ikeda and 23 clear of Yamanishi.

Olympic organisers decided in 2019 to move the venue for the race walk and marathon events some 800 km north to Sapporo to escape Tokyo's summer heat, although the northern city has also been experiencing a heat wave. 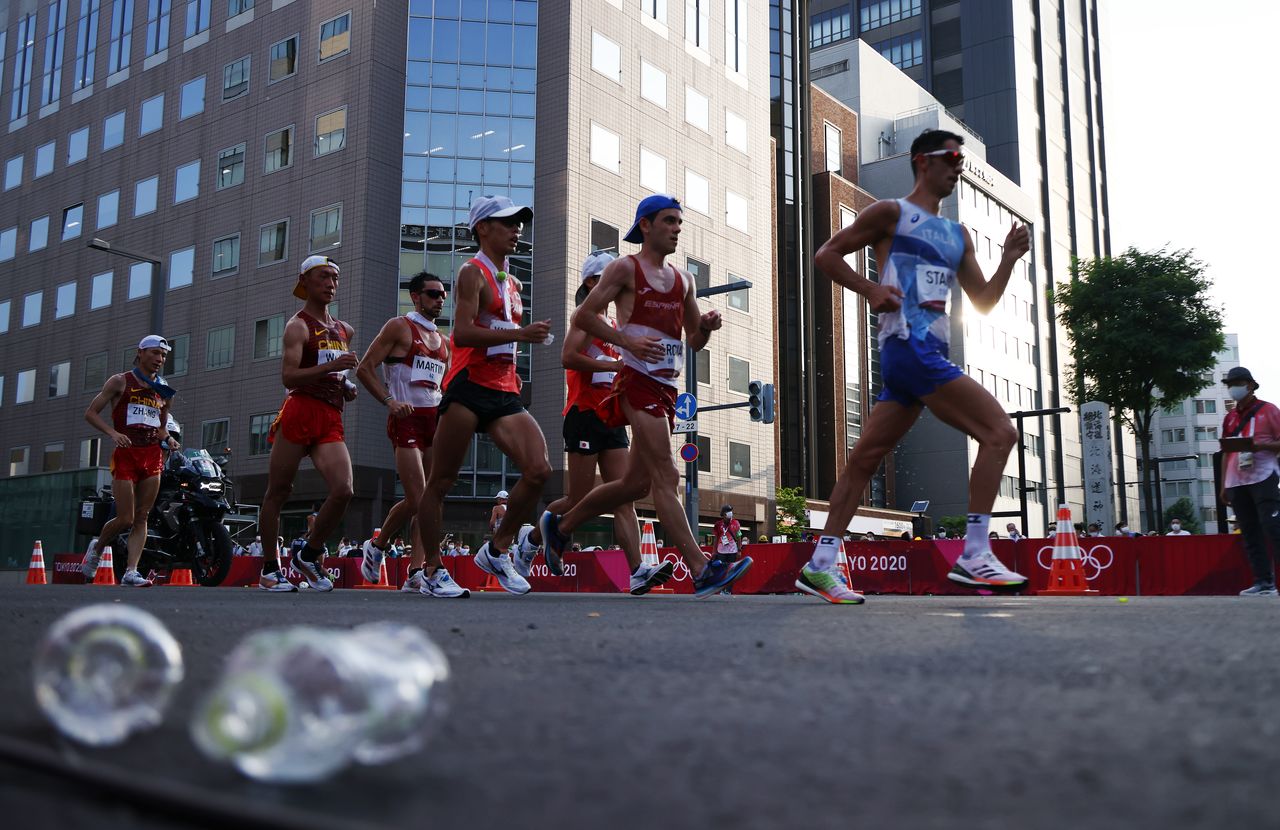 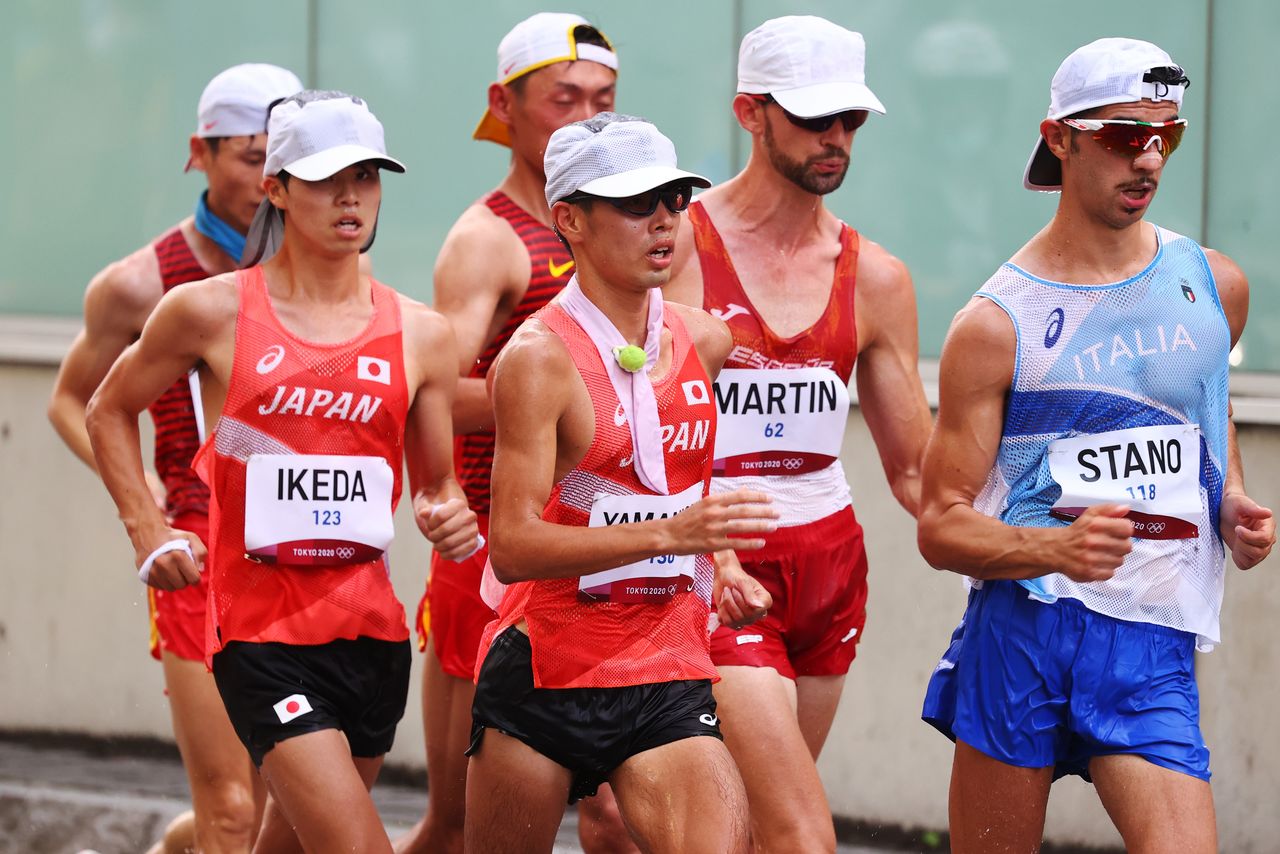 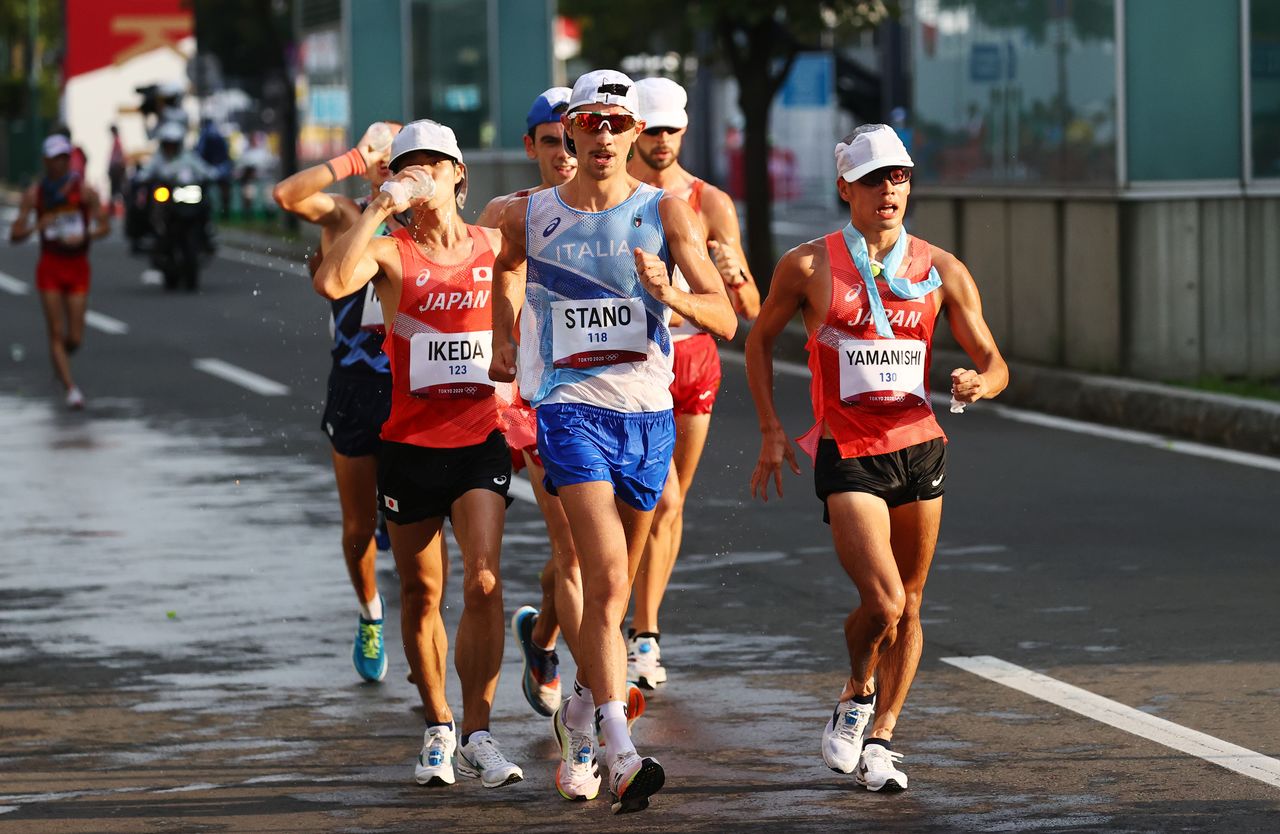