IZU, Japan (Reuters) - As sporting comeback stories go Dutch rider Shanne Braspennincx's surprise gold medal in the women's keirin at the Tokyo Olympics on Thursday is as about inspirational as they get.

A dominant ride in the final of an event rooted in Japanese culture earned the 30-year-old easily the biggest win of her career -- six years after she suffered a heart attack.

It put everything else that happened on day four, including a first gold of the week for track powerhouse Britain as Matt Walls dominated the omnium, sharply into perspective.

Walls, 23, who had served notice of his talent in the four-discipline event with a bronze at last year's world championships, delivered a relentless performance to leave defending champion Elia Viviani with only a bronze behind New Zealand's surging Campbell Stewart.

While Walls claimed his first Olympic gold medal, Britain's track great Jason Kenny's hopes of winning a national record seventh are hanging by a thread after he was eliminated by Dutch flier Harrie Lavreysen in the quarter-finals of the sprint.

"It isn't (a disappointing result)," Kenny, who won three golds in Rio, told reporters. "I don't expect to be the best in the world all the time.

"I gave it my best shot, and I just wasn't good enough."

He still has one more chance in the keirin, the last of three titles from Rio he still owns, although he said his best hope is that the Dutch might tire themselves out on Friday.

The story of the day, however, belonged to Braspennincx who showed great composure to recover from the shock of seeing team mate Laurine van Riessen suffer a serious crash that resulted in her being taken to hospital.

When she became unwell while racing in Colorado in 2015 she was taken to hospital and told she had suffered a heart attack.

Understandably she thought her career was over.

"I thought so yeah, a heart attack isn't like something you have when you are an athlete," Braspennincx, who required surgery to widen an artery that had become totally blocked and also had a stent fitted, said.

"It was a long six months to see if I was able to get the green light to be an athlete again and even when I did it was not smooth sailing to get back to my old level and to get the trust back in my body because that had left me."

Her task was made slightly easier on Thursday after Britain's Katy Marchant, a medal threat, was involved in the crash that left Van Riessen in hospital and Germany's world champion Emma Hinze surprisingly failed to make the final.

That took nothing away from her ride though as she delivered a second gold so far this week for the Dutch track team.

"It was pure instinct. That's how I do it since I race keirin, I listen to my gut feeling," she said.

Marchant's crash and Kenny's elimination from the sprint continued a poor week for Britain, but Walls, one of the unsung riders of the team, rode to their rescue.

Omnium, trimmed down to four endurance races these days, is an event that can leave even seasoned cycling media scratching their heads at times, such is its complexity.

But Walls had it all under control from the moment he bagged maximum points in the scratch race.

A solid effort in the tempo left him neck and neck with French world champion Benjamin Thomas and Dutchman Jan Willem van Schip but he pulled ahead in the 40-lap elimination race.

In the 100-lap points race, in which BBC commentator Chris Hoy joked a rider needs a computer brain, Walls bagged 25 points early on with an audacious attack and never relented. 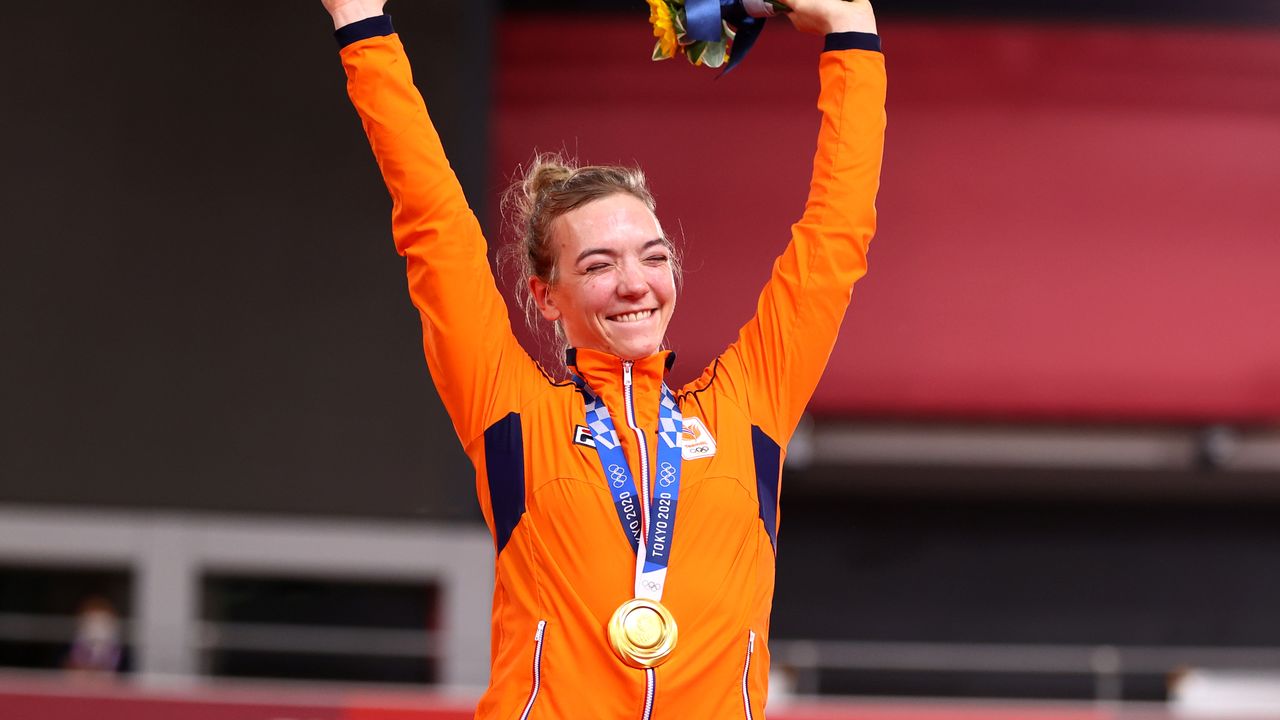 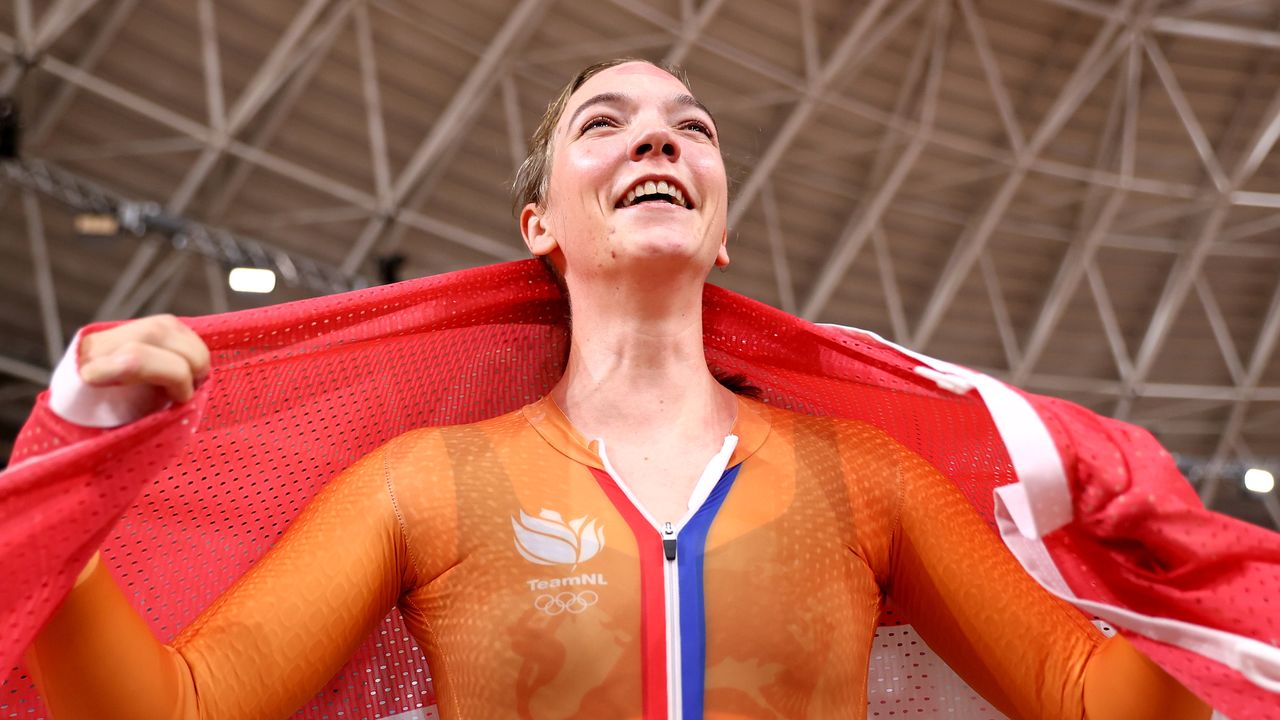 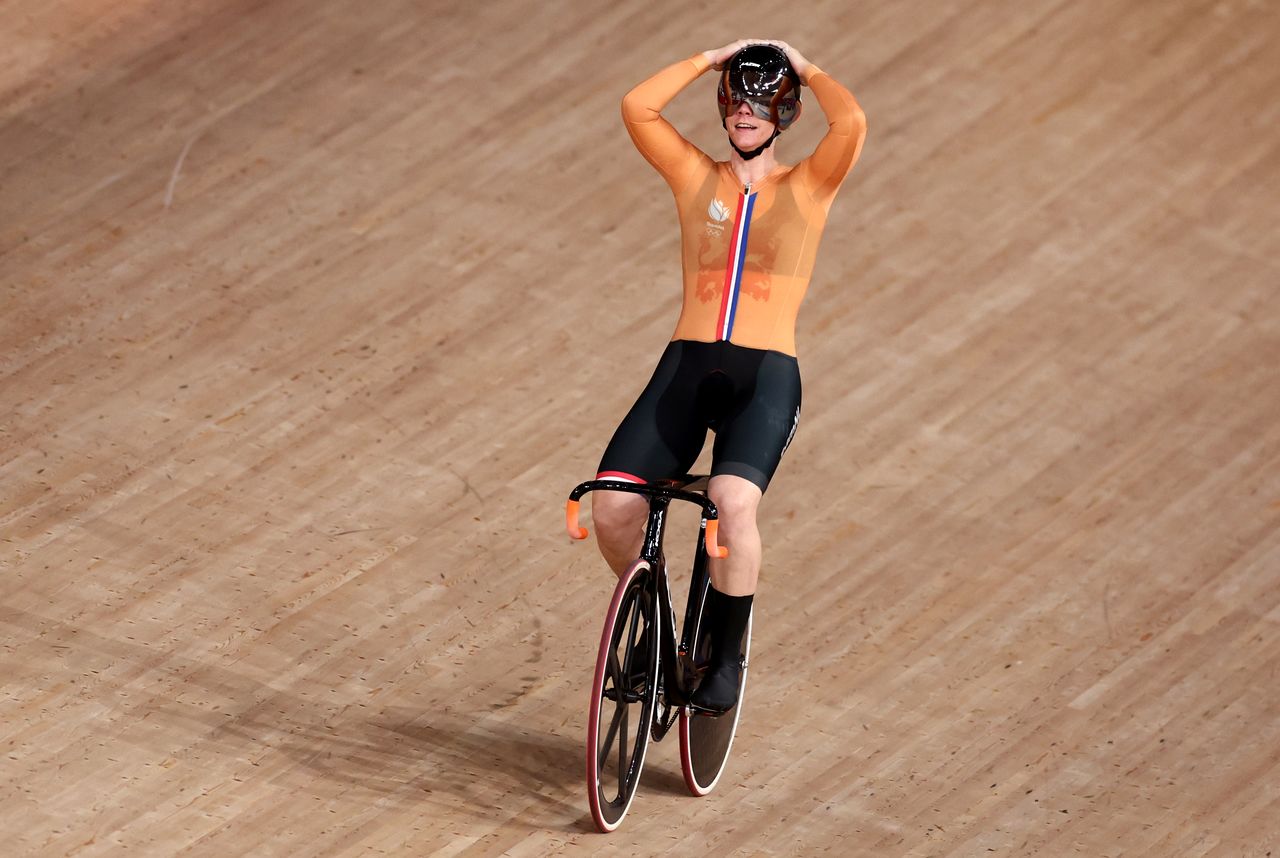