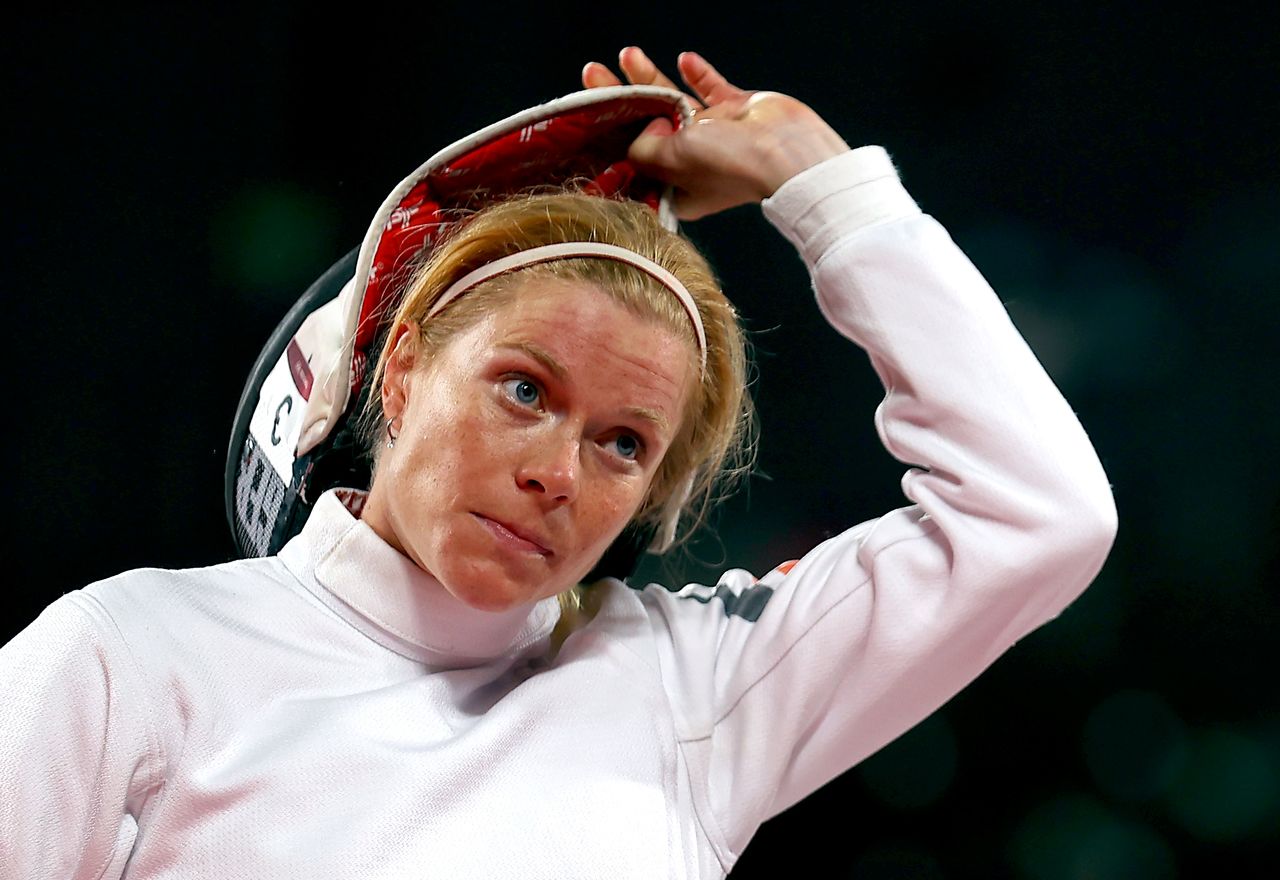 TOKYO (Reuters) -Germany's Annika Schleu underscored her medal ambitions by posting the top results by a wide margin in the fencing ranking round of the women's modern pentathlon competition at the Tokyo Olympics on Thursday.

But the fight for medals in the men's event is already shaping up as a battle royale with the top four separated by just six points.

Schleu, who narrowly missed out on a medal at the 2016 Rio Games when she placed fourth, finished the ranking round with 274 points, in front of South Korea's Kim Se-hee (244) and Ireland's Natalya Coyle (238).

The points in fencing rankings will be translated into time differences for the decisive laser run (shooting/running) which will ultimately determine the podium positions. Each point accounts for one second.

The women's final is scheduled for Friday, followed by the men on Saturday, with athletes packing all five disciplines (fencing bonus round, equestrian, swimming, shooting and running) into one action-packed day at Tokyo Stadium.

"Amazing," beamed Schleu, who will carry a 30-second advantage into the start of play on Friday. "This is the first time I finished first in fencing.

"I am just overwhelmed and I think I will realise it in the next hour.

"I will try to get my nerves to survive until tomorrow. It is just unbelievable."

Britain's Kate French, the reigning World Cup champion and one of the favourites for Olympic gold, sits sixth after the fencing rankings, on 220 points while another contender, Belarusian world champion Anastasiya Prokopenko, is 15th on 208.

Hungary's Adam Marosi, the reigning men's world champion, is lurking in 10th on 220 with the double French threat of Valentin Prades, who missed out on a bronze medal at the Rio Games by a half-second, and double world champion Valentin Belaud sitting 11th and 19th respectively.

"I've obviously done my job today," said Choong. "It's gone as well as I could have hoped. I'm going to get back, recover, and focus on the four other sports."

Modelled on the skills of the ideal soldier, modern pentathlon is the only sport created especially for the modern Olympics. It was introduced by Baron Pierre de Coubertin, the founder of the International Olympic Committee (IOC), in Stockholm in 1912 and has remained relatively unchanged ever since.

Originally modern pentathlon’s five events were contested over four days. At the 1996 Atlanta Games, the current one-day format was adopted and in 2000 women's events were added to the programme.

(Reporting by Steve Keating in Tokyo; Editing by Clare Fallon and Toby Davis)