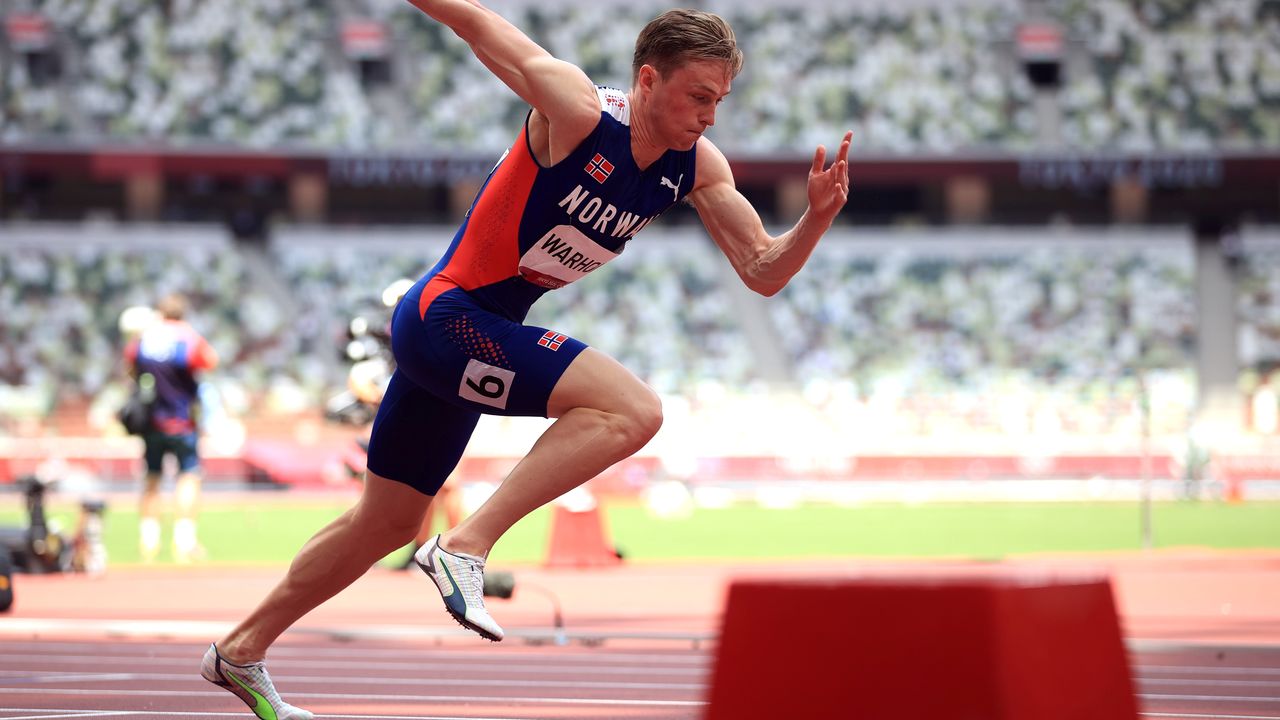 TOKYO (Reuters) - As athletics records continue to fall at the Olympics, adulation and incredulity at such extreme examples of human endeavour are being followed by more sober reflection as fans try to quantify the impact of carbon shoe technology and the Tokyo track.

Endurance athletes on the road have spent the last few years insisting that it is their training and dedication, not their carbon-plated, thick-soled shoes, that are the key factors in a series of amazing records, and now it is the turn of track athletes over the shorter distances.

And, as previously unimaginable chunks are ripped from marks that have stood for decades, there is even some sort of civil war between the lead protagonists arguing about whose new "performance-enhancing" shoes are the fairer.

The two 400 metres hurdles races in Tokyo this week have given the most dramatic indication that "something odd is going on."

Kevin Young's 46.78-second record for the event stood for 29 years until Karsten Warholm chipped a piece off it last month. On Monday he clocked an astonishing 45.94 seconds. Runner up Rai Benjamin was also half a second inside the old record as six of the first seven finishers set national or continental records.

The next day in the women's event American duo Sydney McLaughlin and Dalilah Muhammad blew away the record that McLaughlin set only a few weeks ago, while dozens of other athletes set national records across the full range of sprint distances.

Warholm wore a pair of custom-made Puma spikes, with a carbon plate but a notably thinner insole than the Nike model worn by Benjamin and many others, which is at the limit of World Athletics' regulations.

Warholm, nevertheless, criticised Benjamin for having “those things in his shoes, which I hate.”

"I don’t see why you should put anything beneath a sprinting shoe,” the Norwegian said. “In middle distance I can understand it because of the cushioning. But if you put a trampoline in I think it’s bullshit, and I think it takes credibility away from our sport.”

Warholm seemed to be trying to straddle the two opposing camps - those who say innovation should be embraced, and those who claim the changes make historical comparisons, and the appreciation of records, pointless.

"We have the carbon plate but we have tried to make it as thin as possible," he said. "Of course technology will always be there. But I also want to keep it down to a level where we can compare results because that is important."

Benjamin preferred the denial route. "I could wear different shoes and still run fast," he said. "No one will do what we just did, I don’t care who you are - Kevin Young, Edwin Moses, respect to those guys, but they cannot run what we just ran just now."

One thing the two men were united on, however, was that the track helped. "It’s a really fast track," Benjamin said. "It felt good, it has a lot of give." Warholm chipped in: "That track is crazy.”

The designer of the Tokyo track said the magic ingredient squeezed under a thinner than normal 1.4cm surface, is rubber granules that create small pockets of air.

"They not only provide shock absorption but give some energy return, at the same time a trampoline effect. We have improved this combination and this is why we are seeing the track has improved performance," Andrea Vallauri, of long time World Athletics partner Mondo, told journalists.

"Every time there is an Olympic Games we try to improve the formulation of the material and Tokyo has been no different.

"It is completely within the rules but it is also what we were asked to provide. It should also give them a push. It is difficult to say exactly but maybe a 1-2% advantage."