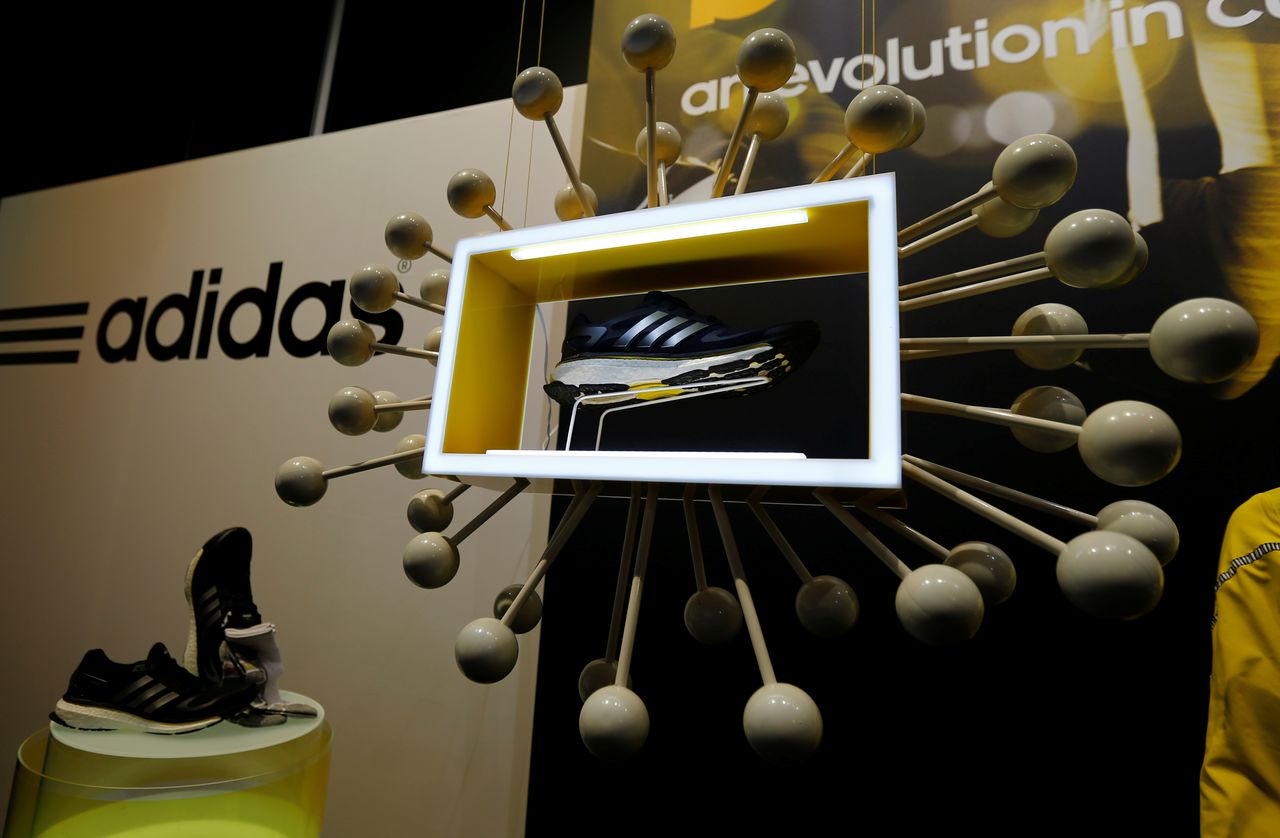 BERLIN (Reuters) - Adidas will keep pushing new technology for running shoes despite controversy at the Olympics over new materials that could be giving some athletes unfair assistance to break world and national records, its chief executive said on Thursday.

"Everybody is pushing the boundaries and the regulation of the IOC (International Olympic Committee) is clearly defining which boundaries are allowed and that is the best way of saying what is fair," Rorsted said.

Adidas shoes with a bouncy "Boost" sole were credited with helping Dennis Kimetto break the marathon record in 2014, but more recently rival Nike has set the pace with its Alphafly shoes.

Since the arrival of thick-soled, carbon-plated road shoes, and now their track spike equivalent, long-standing records set by the sport's all-time greats are being obliterated, to leave historical comparisons difficult, if not impossible.

Nobody had gone under 58 minutes for the half marathon until last December when four men did in the same race - with winner Kibiwott Kandie clocking 57 minutes 32 seconds in his Adidas Adios Pro carbon shoes.

At the Tokyo Olympics two 400 metres hurdles races in particular have raised footwear and technology debates, while dozens of other athletes have set national records across the full range of sprint distances.

Rorsted said Adidas would keep going beyond the scope of existing regulations to try out innovations, even if they could not be used in international competitions.

"What we do is we go beyond the boundaries to check what kind of products can you innovate over time so you don't limit yourself," he said.

World Athletics (WA), the sport's governing body, introduced limits to the thickness of foam and the number of plates allowed in road shoes and spikes at the end of 2020. Discussions with biomechanical experts and industry representatives are continuing with a view to further regulation.

But the shoe companies, particularly Nike, provide the majority of the sport's funding and WA says they are seeking a compromise that "does not stifle innovation".