WARSAW (Reuters) - Olympic sprinter Krystsina Tsimanouskaya decided to defect as she was being driven to a Tokyo airport because her grandmother told her that it was not safe to return home to Belarus.

In an exclusive interview with Reuters in Warsaw on Thursday, she said her family feared she would be sent to a psychiatric ward if she went back to Belarus, and that her grandmother had called her to tell her not to return.

"I have always been far from politics, I didn't sign any letters or go to any protests, I didn't say anything against the Belarusian government," she said.

"I'm a sportsperson and I didn't understand anything in political life. I try not to do anything other than a sport in my life and I try my best to not be distracted by politics."

"It may sound cruel because of all the terrible things that happened in Belarus last summer but I was trying to keep away from it, but all I have wanted is to go to the Olympics and do my best," she said, referring to protests last year against President Alexander Lukashenko that led to a police crackdown.

"I wanted to be in the final and compete for medals."

Lukashenko's spokesperson did not immediately respond to a request for comment after Tsimanouskaya's interview.

The 24-year-old athlete caused a furore on Sunday when she said coaches angry at her criticism had ordered her to fly home from Tokyo. After seeking protection from Japanese police, she flew on Wednesday to Poland instead of Belarus.

Poland, which has long been critical of Lukashenko's authoritarian rule and harboured many activists from Belarus, has granted Tsimanouskaya and her husband humanitarian visas. Her grandmother remains back home.

"Grandmother called me when they were already driving me to the airport," the athlete said. "Literally, I had some 10 seconds. She called me, all that she told me was: 'Please do not come back to Belarus, it's not safe'."

"That's it, she hung up," she said. "I would want to return to Belarus. I love my country. I did not betray it and I hope I will be able to return."

'I AM NOT AFRAID'

Tsimanouskaya's saga, reminiscent of Cold War sporting defections, threatens to further isolate Lukashenko, who is under Western sanctions after a crackdown on opponents since last year.

The sprinter, who had criticised negligence by her team coaches, spent two nights in Poland's embassy in Japan before flying to Vienna and then Warsaw on Wednesday. She also held a news conference in the Polish capital on Thursday.

The Belarus National Olympic Committee had said coaches withdrew Tsimanouskaya from the Games on doctors' advice about her emotional and psychological state. It did not immediately respond to requests for additional comment on Thursday.

Tsimanouskaya said she had told her coach on Sunday that she was ready to run in the 200 metres, but he then went to make a call.

"And in couple of hours the head coach came to me with the team representative and they said there was a decision made to send me home, we are not the ones who made the decision, we are only executing it. You have 40 minutes. You have to pack your things and go to the airport," she said.

The decision, she said, came from "high up".

At the airport in Tokyo, the coaches were taken by surprise, the athlete said.

"They did not expect that in the airport I can approach the police. They think that we are scared to make a move, that we are afraid to speak, afraid to tell the truth to the whole world. But I am not afraid," she said.

"I am not of those people who are scared. I am always staying for truth. I respect myself. I respect my work. And I also want other people to respect themselves, to respect their work and stop being afraid and start speaking openly about what worries them."

Before going to Tokyo, Tsimanouskaya was not among the few Belarusian Olympians who publicly voiced support for the opposition to Lukashenko.

Opposition figures have been prosecuted, jailed or fled since mass protests against Lukashenko began last year, even before he won a sixth presidential term in an election that observers and critics say was rigged. He denies electoral fraud.

Sports play a high profile role in Belarusian politics under Lukashenko, who headed the Belarus Olympic committee until he was replaced by his son this year.

The International Olympic Committee has started an investigation into Tsimanouskaya's case and said it would hear from the two Belarusian officials allegedly involved.

"This is a very turbulent period of my life. But I hope it will soon be over. That I can continue my career," Tsimanouskaya said. "And I also think that I really want to help people like myself. If they have any kind of pressure on them, I am ready to help them." 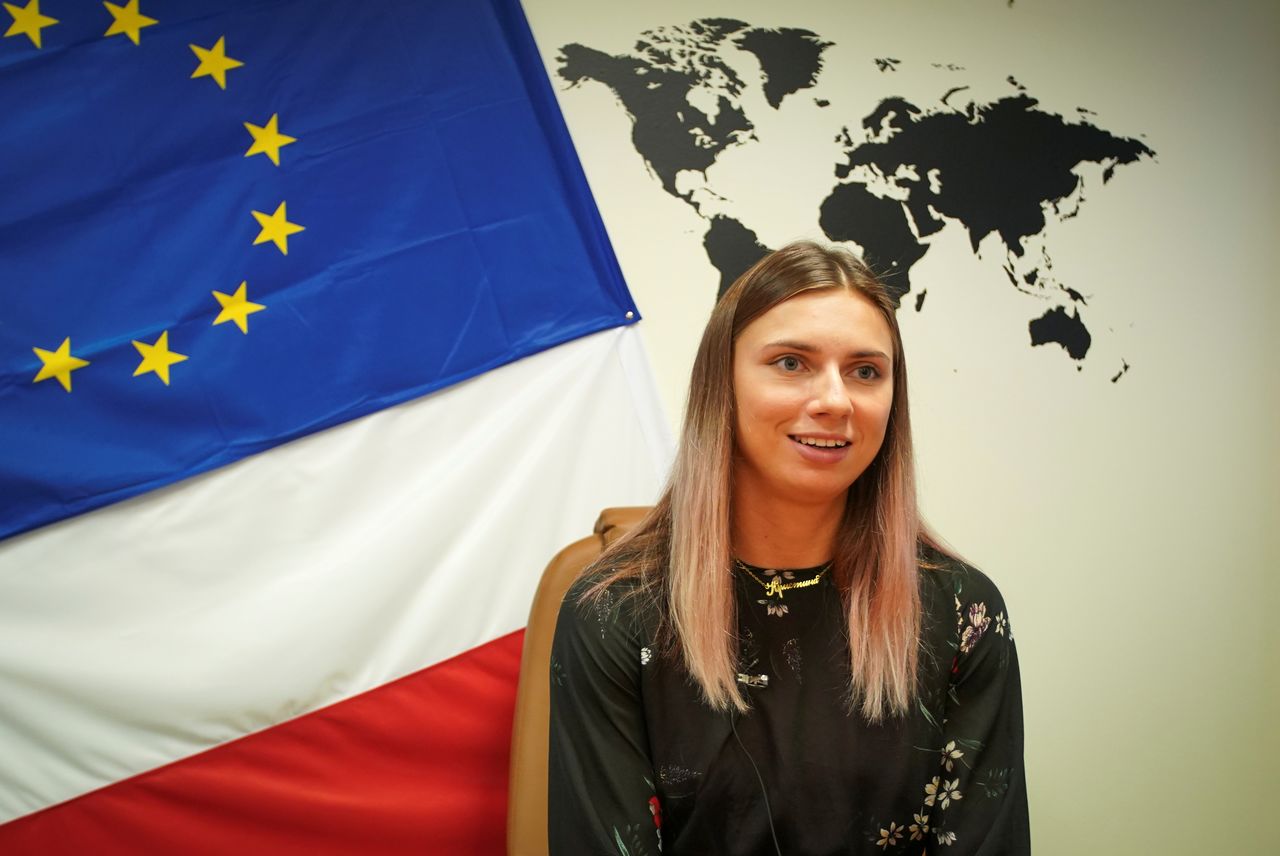 Belarusian sprinter Krystsina Tsimanouskaya, who left the Olympic Games in Tokyo and and seeks asylum in Poland, attends an interview with Reuters in Warsaw, Poland August 5, 2021. REUTERS/Darek Golik 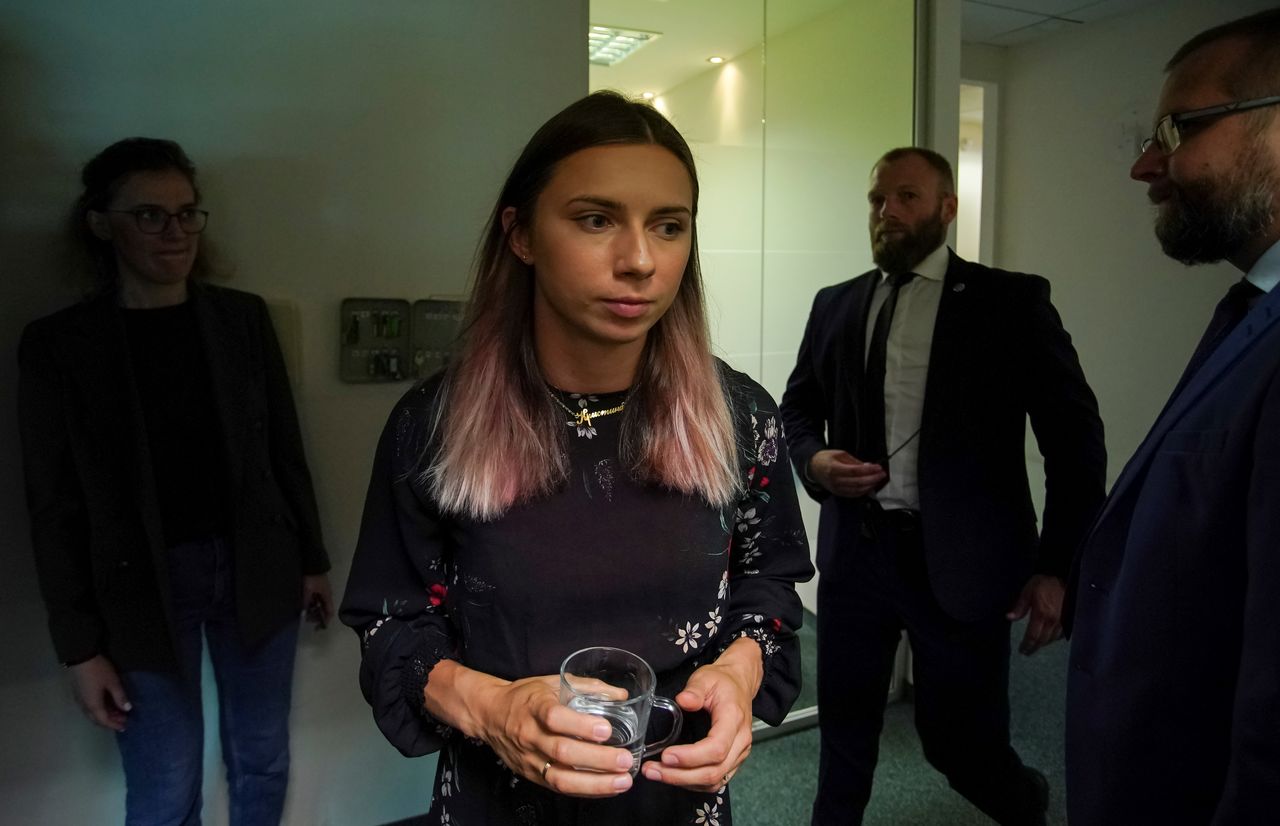 Belarusian sprinter Krystsina Tsimanouskaya, who left the Olympic Games in Tokyo and seeks asylum in Poland, walks to attend an interview with Reuters in Warsaw, Poland August 5, 2021. REUTERS/Darek Golik 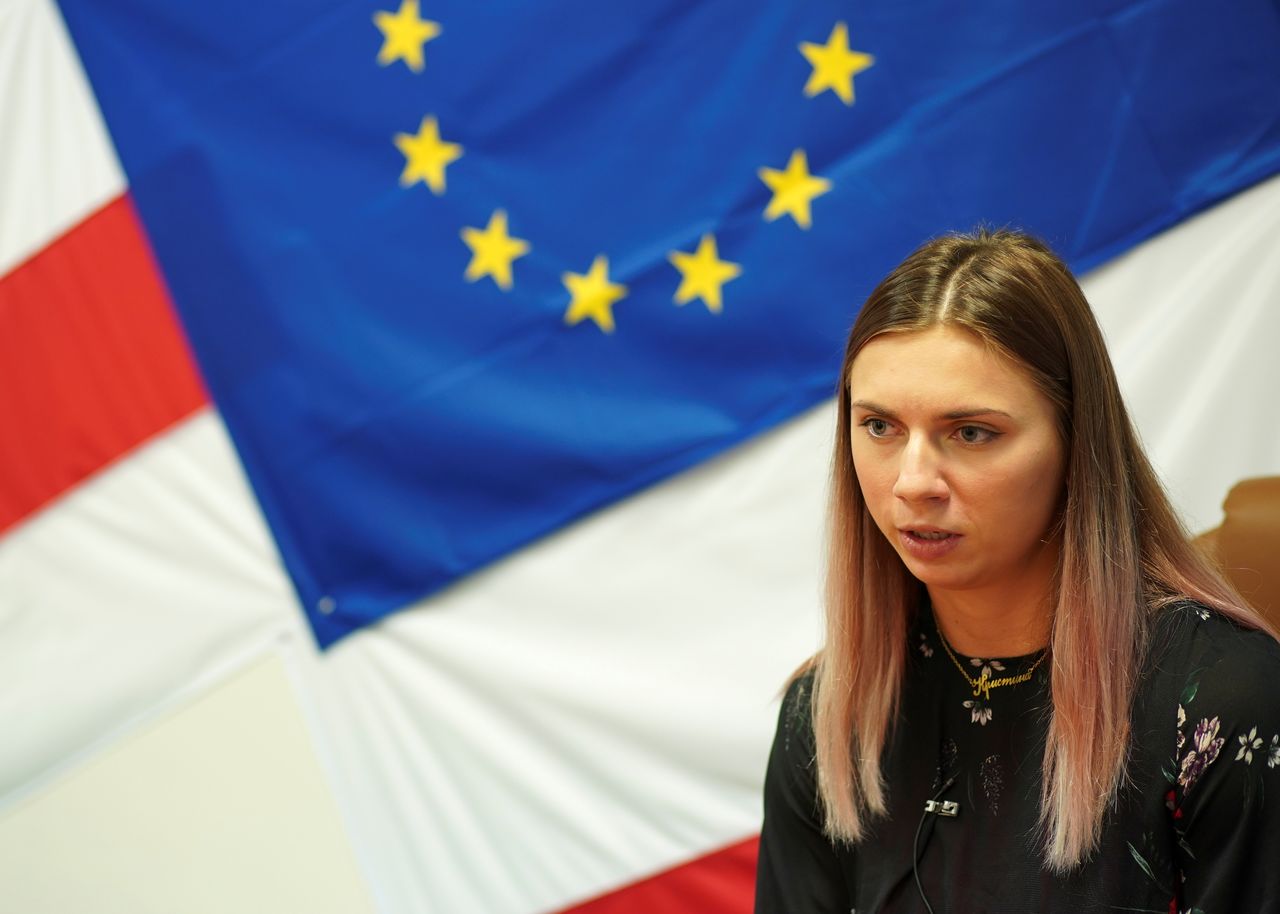 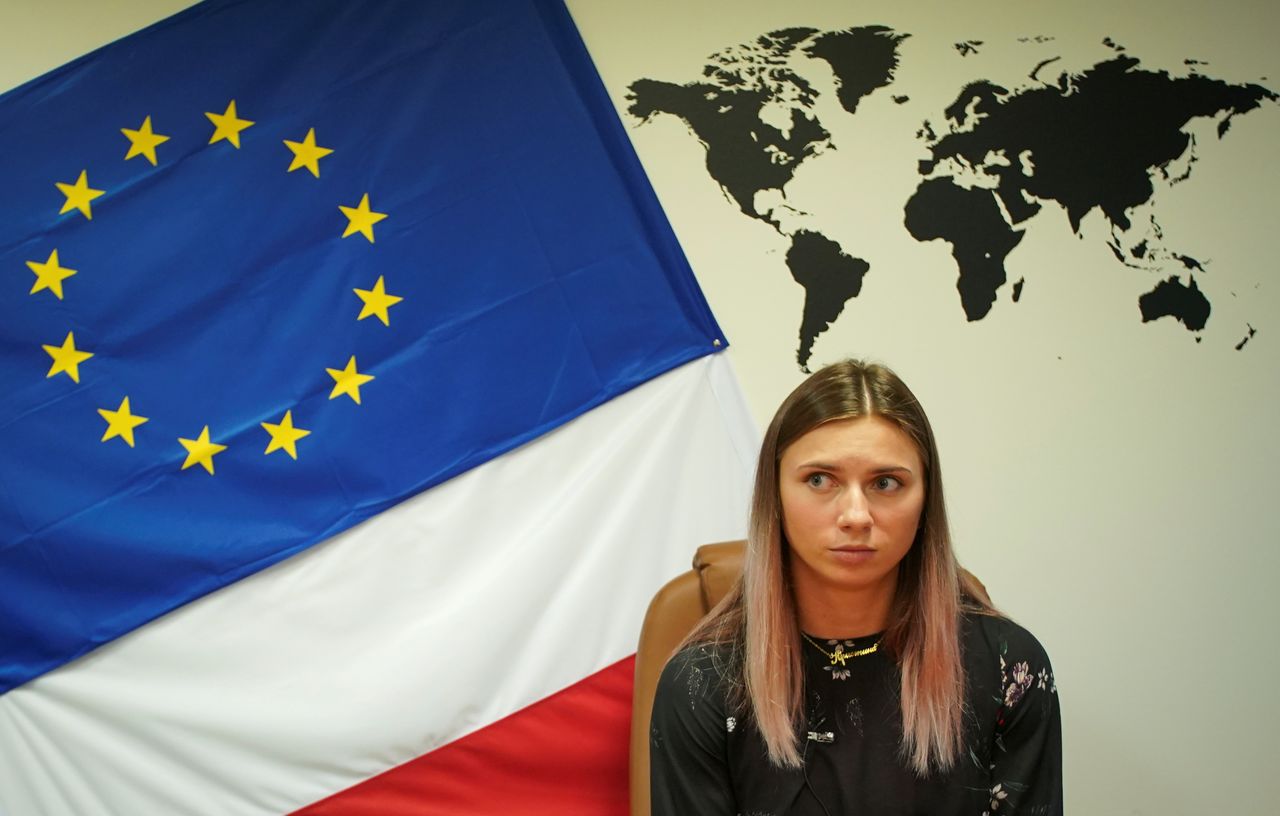