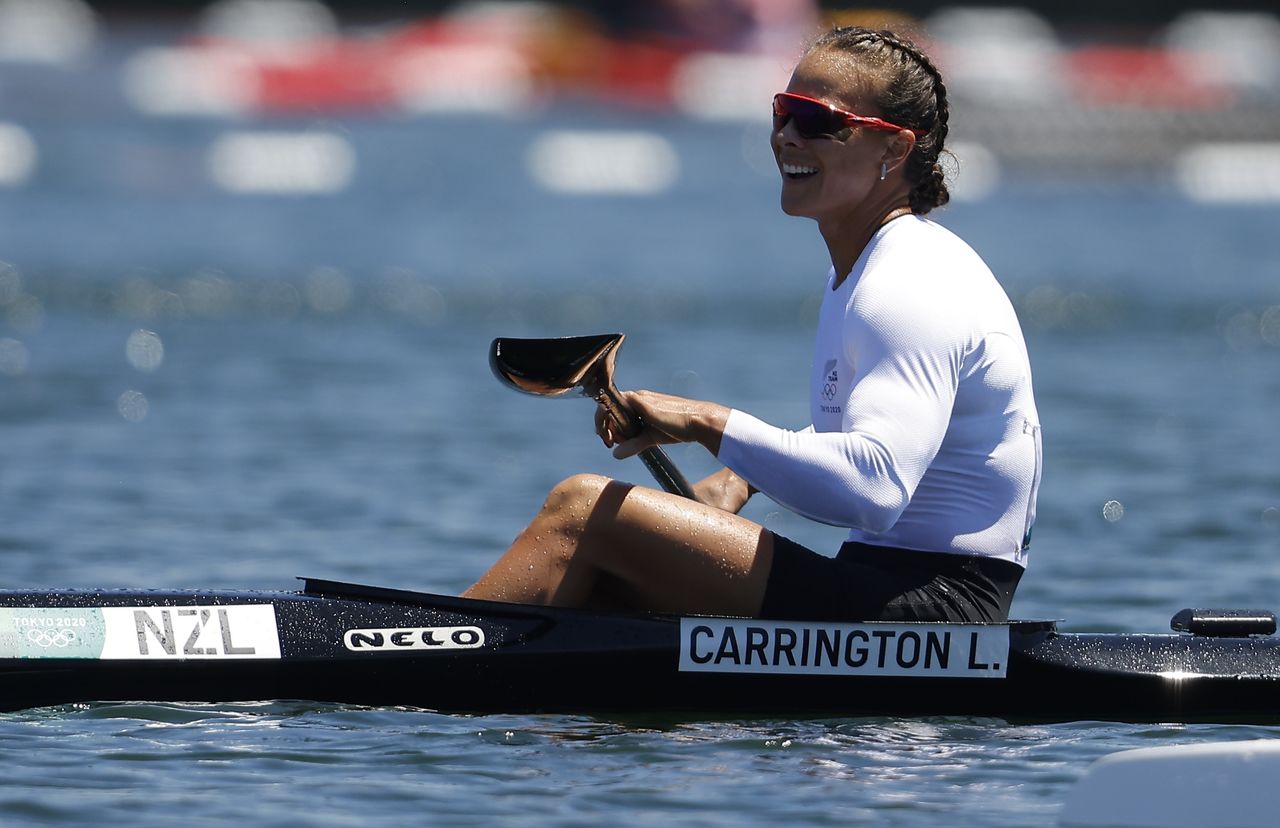 TOKYO (Reuters) - U.S. men continued to sputter on the Olympic athletics track, failing to qualify https://www.reuters.com/lifestyle/sports/athletics-us-fail-make-mens-4x100-relay-final-2021-08-05 in the 4x100 metres finals and suffering in an upset in the 110m hurdles https://www.reuters.com/lifestyle/sports/athletics-jamaican-parchment-wins-mens-110m-hurdles-gold-tokyo-2021-08-05, where they were odds-on favourites.

Jamaica's Hansle Parchment upset the overwhelming favourite, Grant Holloway from the United States, in the 110 metres hurdles, leaving the Americans still without an individual running gold - a prize they have won in every Olympics they have entered since the inaugural 1896 Games.

The bedraggled U.S. 4x100 metres team failed to qualify for the final, as China and Jamaica led their heats.

Carl Lewis, the superstar sprinter of the 1980s and '90s, called his compatriots' performance "a total embarrassment, and completely unacceptable".

"It's something I never thought I'd be able to do," she said. "It's amazing."

American Ryan Crouser broke https://www.reuters.com/lifestyle/sports/athletics-crouser-united-states-wins-gold-mens-shot-put-2021-08-05 his own shot put world record three times, wearing shades and a hat with the U.S. flag on it, gabbing gold with a mark of 23.30 metres.

Crouser donned a cowboy hat and celebrated with his countryman and silver medallist Joe Kovacs, draped in the Stars and Stripes. Crouser, from a family of throwers, held up a card reading "Grandpa, we did it, 2020 Olympic champion".

Kenya's Abel Kipsang smashed the Olympic men's 1,500 metres record with a blistering 3:31.65 in the semi-finals.