TOKYO (Reuters) -Canadian Damian Warner led from start to finish to win the men's decathlon gold at the Tokyo Olympics on Thursday with a new Games record score of 9,018 points.

Frenchman Kevin Mayer, who holds the world record in decathlon with 9,126 points, took his second successive Olympic silver medal after finishing on 8,726 points.

"When I was in grade six I wrote in a school project that I'd be in the Olympics one day, and who would have known that I would be an Olympic gold medallist."

Warner arrived in Tokyo as the leading decathlete in the world in 2021 after scoring 8,995 points at a meet in May - the fifth highest total in history.

He finished in the top five at the past six outdoor global championships, picked up an Olympic bronze in 2016 as well as world silver in 2015 and world bronze in 2013 and 2019.

"In Rio 2016, when I finished third, while I was happy to be on the podium I was also disappointed that I didn't get on top," he said.

"So I used that experience from 2016 to accomplish the performance that I've had over the last two days."

The 31-year-old could not have hoped for a better start to his Tokyo campaign in the all-round test, which covers 10 disciplines spread over two days to determine the best overall athlete at the Games.

The Canadian tied his own world record in the 100m and then bettered the Games mark in long jump on Wednesday to stay ahead of the field.

He returned on Thursday to set a Games record 13.46 seconds in the 110 metres hurdles to extend his advantage and threw his discus 48.67 metres.

Pole vault could have been his Achilles heel.

But Warner cleared to a personal best 4.90 to maintain his points cushion and in the evening he threw the javelin 63.44m - close to his best of 64.67.

Warner also became the oldest Olympic champion in the men's decathlon, overtaking Norway's Helge Lovland, who was 30 years and 102 days in 1920.

Mayer, who faced some back issues, was out of the medal positions for most of the two days, but a lifetime best of 73.09m in the javelin helped him climb up to second spot.

"There was a lot of doubt about whether I was going to be able to finish it, but for me to finish with a medal is amazing," he said, adding that he will target a gold at his home Olympics in Paris in 2024.

"I really want to win there, to win decathlon gold medal in Paris would be amazing." 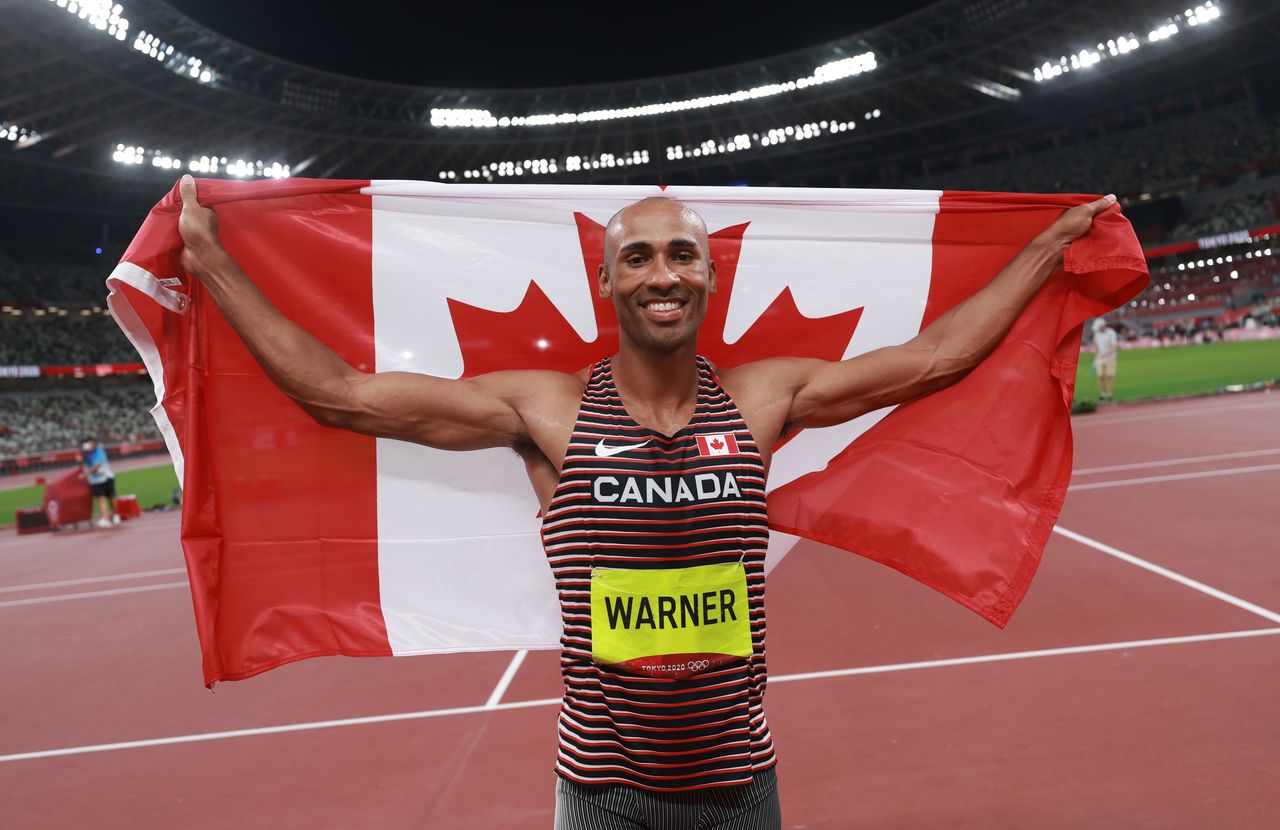 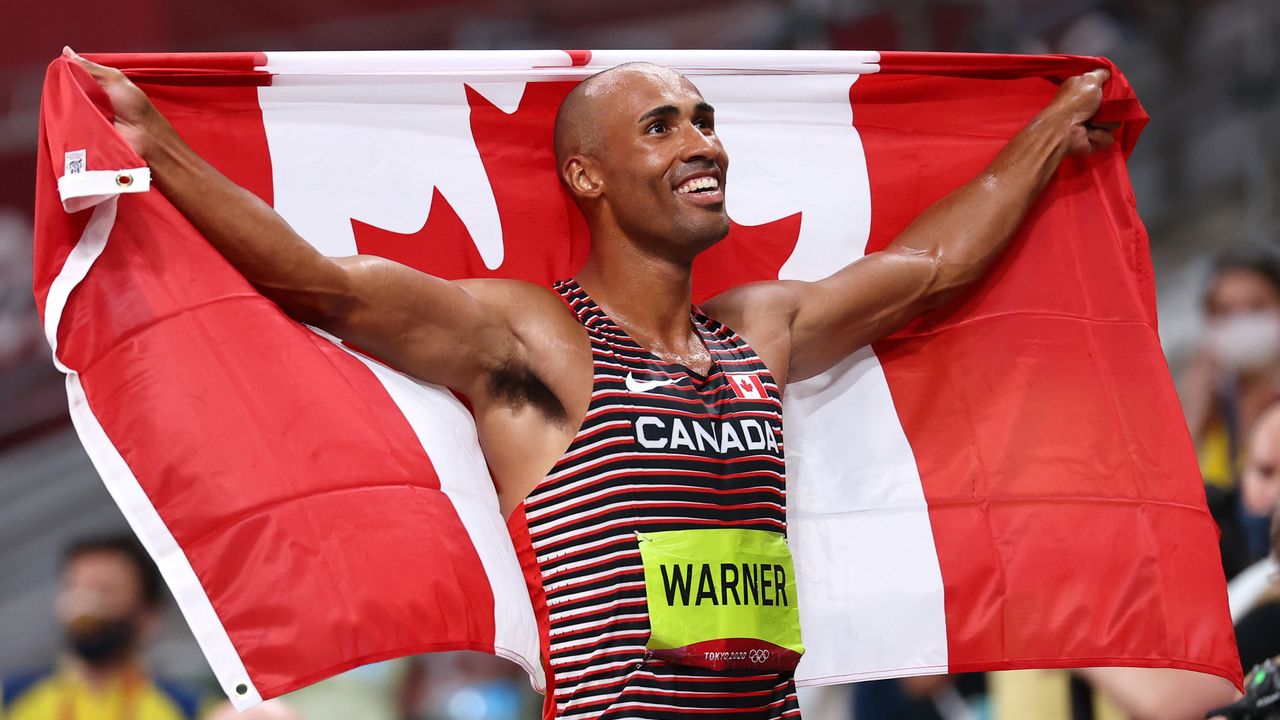 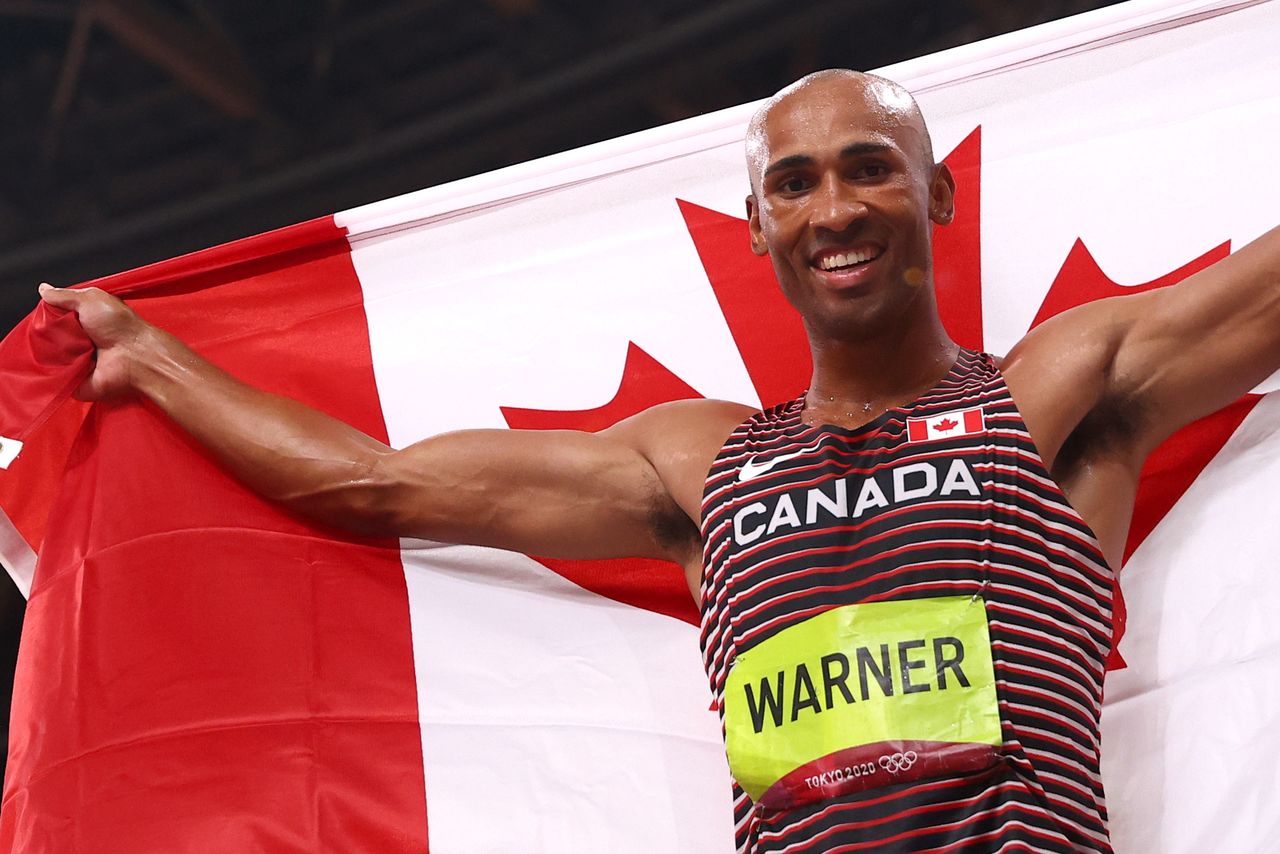