TOKYO (Reuters) - Steven Gardiner of the Bahamas won the Olympic 400 metres title on Thursday but it was the failure of the formerly all-conquering American men that was talk of the Tokyo track after another dire day for one half of the sport's superpower.

U.S. men won the 400m seven times in a row, culminating in two podium sweeps, up to 2008 but have now gone three Games without success and with only one medal.

A disastrous sixth place in their 4x100 relay heat, ripped apart by fans and former greats on social media, continued their winless run in another event they formerly owned, the American men's team are in danger of failing to win a track gold for the first time.

At least the field events, and the women, are delivering as Ryan Crouser won the shot and Katie Nageotte the pole vault. There were also gold medals for Jamaica's Hansle Parchment in the 110m hurdles, Canada's Damian Warner in the decathlon and Belgian Nafi Thiam in the heptathlon.

Gardiner delivered a perfectly-judged exhibition in the 400m, keeping calm as American Michael Norman went out like a train in the lane outside him.

As Norman tied up, Gardiner powered through to add Olympic glory to his world title and earn his country's first Tokyo gold. Anthony Zambrano of Colombia took silver and Kirani James of Grenada completed his Olympic set having won gold in 2012 and silver in Rio.

It should be a shock when the United States mess up the men's sprint relay but it is becoming so common from the nation that utterly dominated the event for 70 years that it is now almost expected.

Despite having a team dripping with speed, ragged changeovers left them sixth in their heat and out of the final. The performance led to an outpouring of fury from U.S. athletics fans with former multi-Olympic champions Carl Lewis and Michael Johnson calling the performance and the team's lack of preparation "an embarrassment".

Britain qualified fastest in the women's 4x100 relay but Jamaica, with their big-guns set to come into the team, look favourites for Friday's final.

There was more American woe in the 110 hurdles as Parchment ran down hot favourite and world champion Grant Holloway.

The American had been unbeaten for a year while injury-ravaged Parchment has barely raced, but the latter finished strongly to win in 13.04 seconds.

Warner was an emphatic gun to tape victor in the decathlon, chalking up an Olympic record 9,018 points. World record holder Kevin Mayer of France took silver, ahead of Australian Ashley Maloney.

Thiam was almost as impressive in retaining her heptathlon title, with a Dutch double behind her in the form of Anouk Vetter and Emma Oosterwegel.

Nageotte needed a three attempts to clear her pole vault opening height of 4.50 metres but her clearance of 4.90 at the second attempt was enough to secure victory ahead of Russian Anzhelika Sidorova and Holly Bradshaw, the Briton with a long history of finishing just outside the medals in major events.

In the morning session, Crouser broke the Olympic record three times to win the shot with a 23.30-metre effort, beating compatriot Joe Kovacs and Tomas Walsh of New Zealand as, for the first time in an individual athletics event, the top three were identical to 2016.

Pichardo won the triple jump and Fabrice Zango of Burkina Faso finished third to secure his country's first Olympic medal and make them the 100th nation to win an athletics medal since the Games began in 1896.

Sapporo joined the hosting party, having been given the walks and marathons because of its lower temperatures, and Italy's Massimo Stano was the first to triumph there in the men's 20km walk - though temperatures still hit 33 Celsius (91.4 Fahrenheit).

Kenya's Abel Kipsang broke the Olympic record in the semi-finals of the 1,500m to send a strong message to compatriot and world champion Timothy Cheruiyot who also advanced comfortably.

Also through as a semi-final winner is Briton Jake Wightman, his perfectly-judged run proudly called home by the Tokyo stadium announcer - his father Geoff. 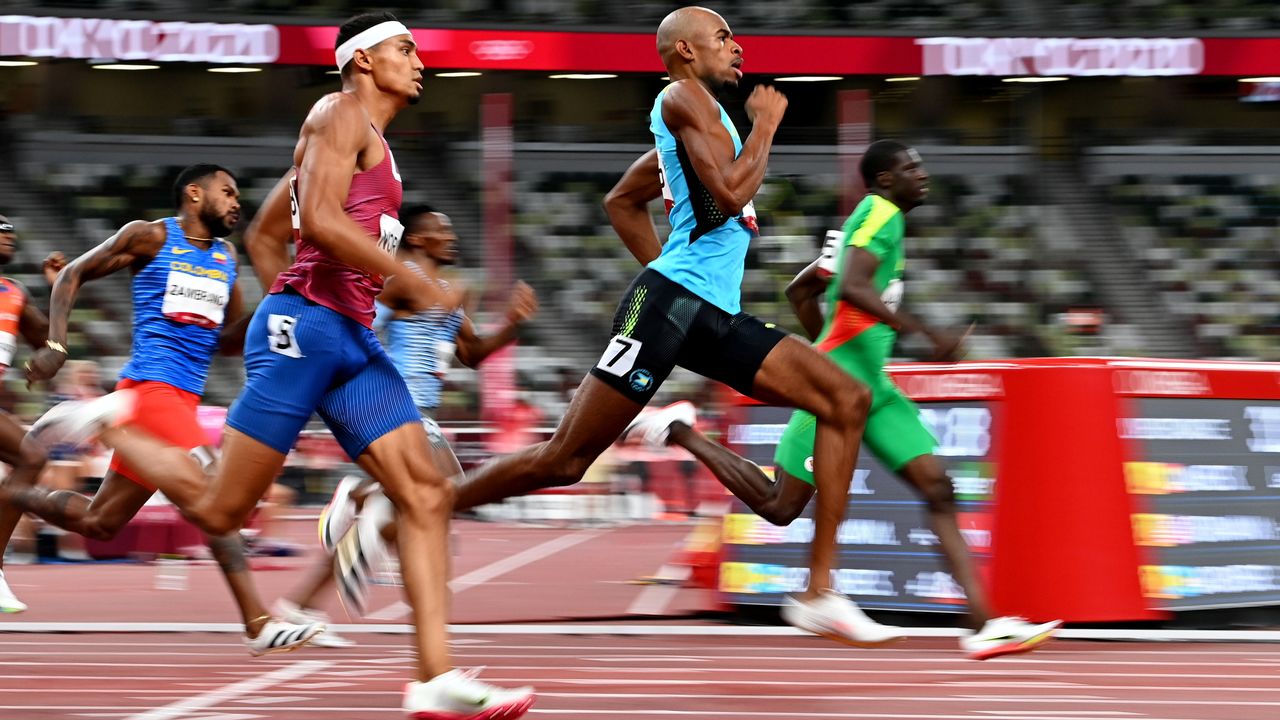 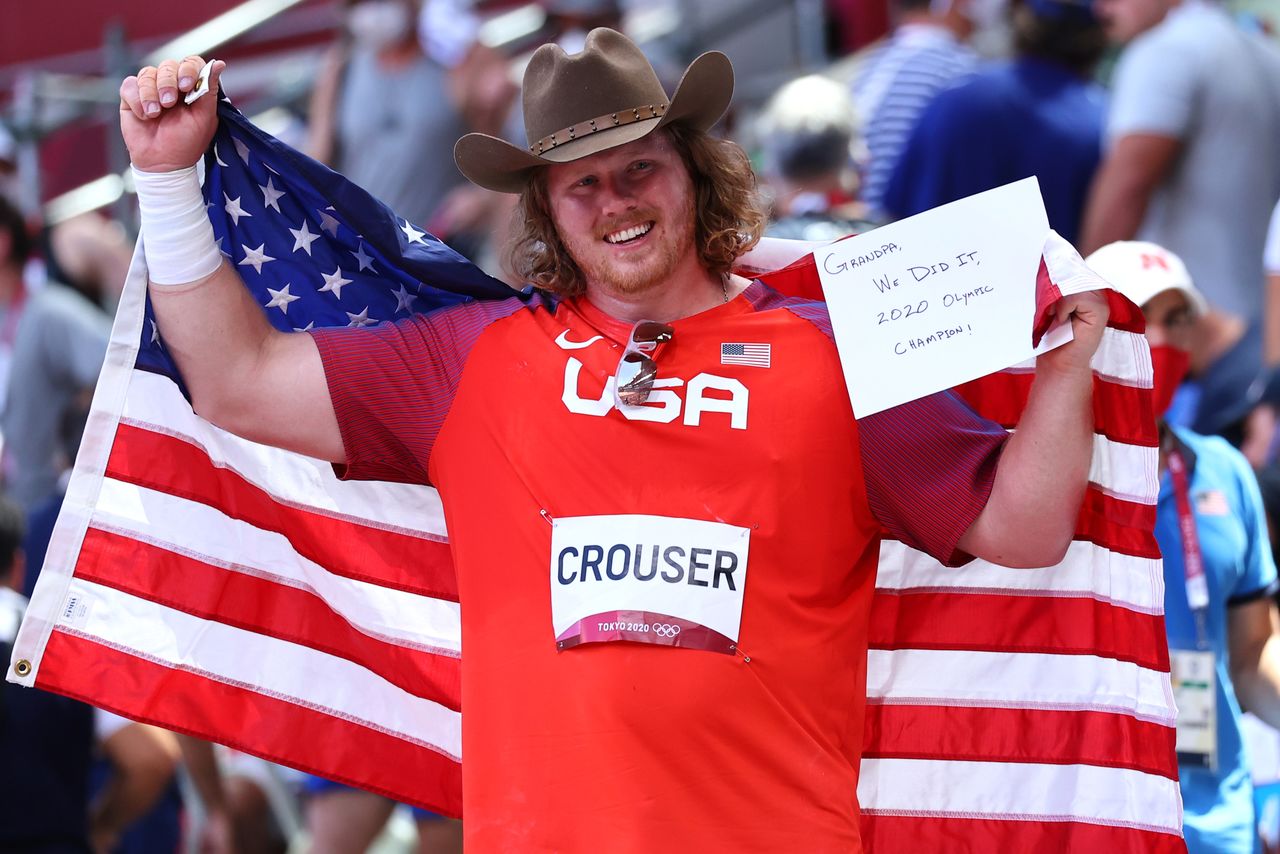 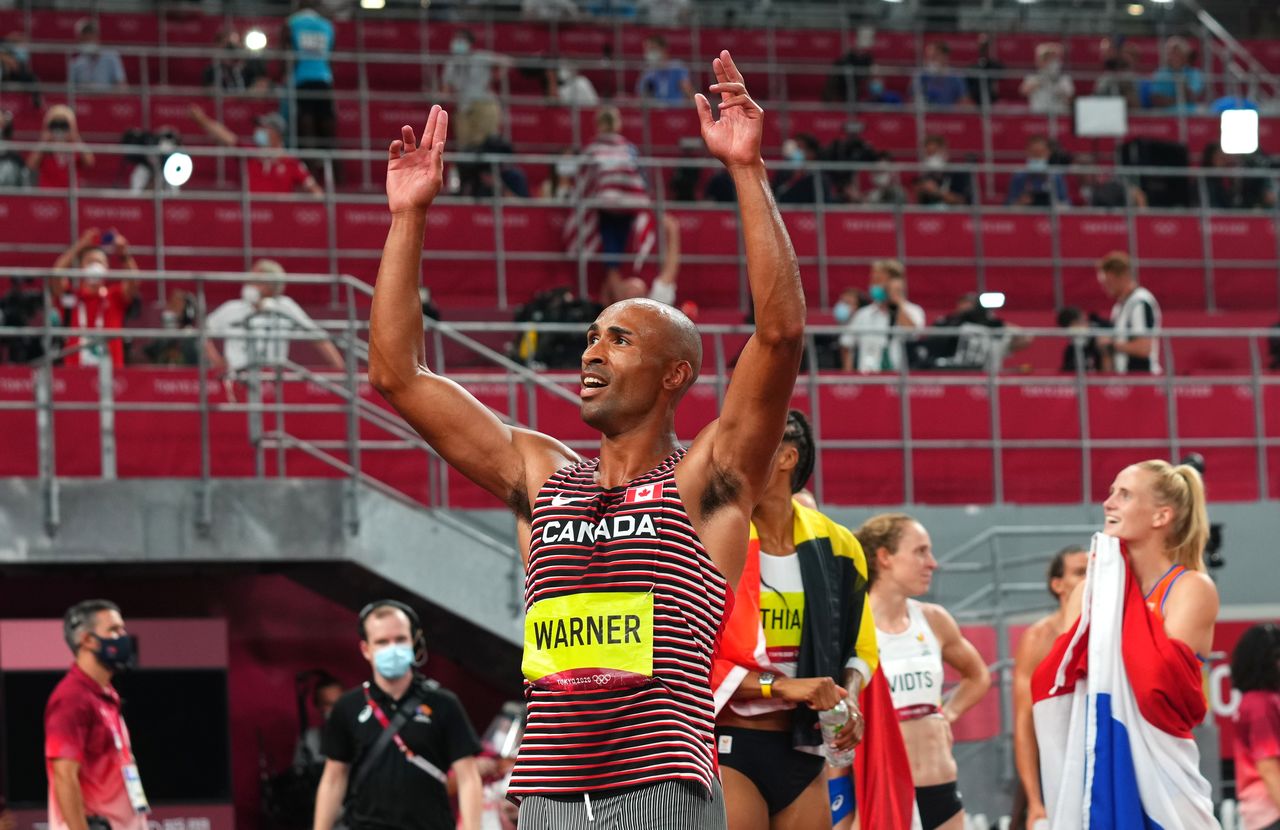 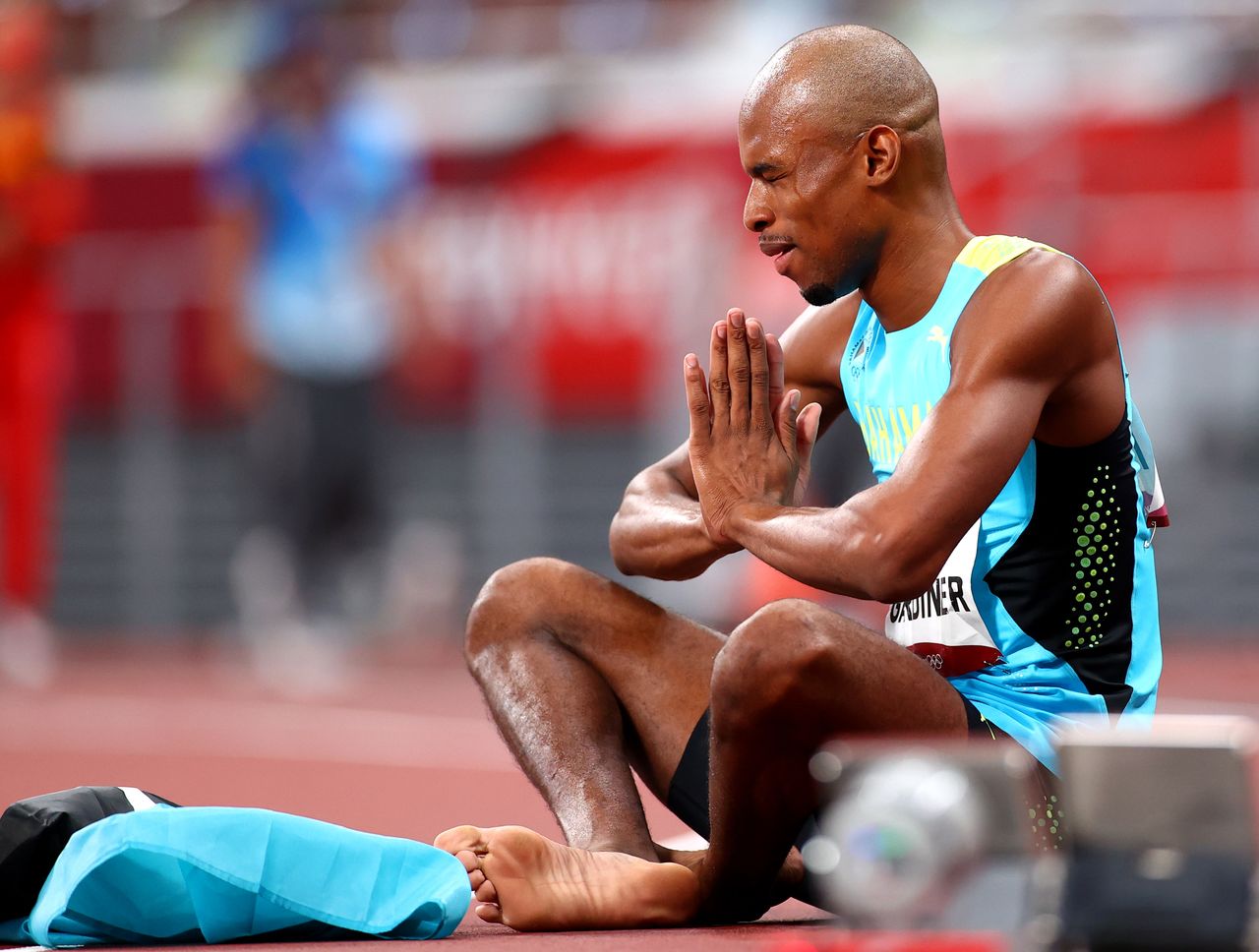