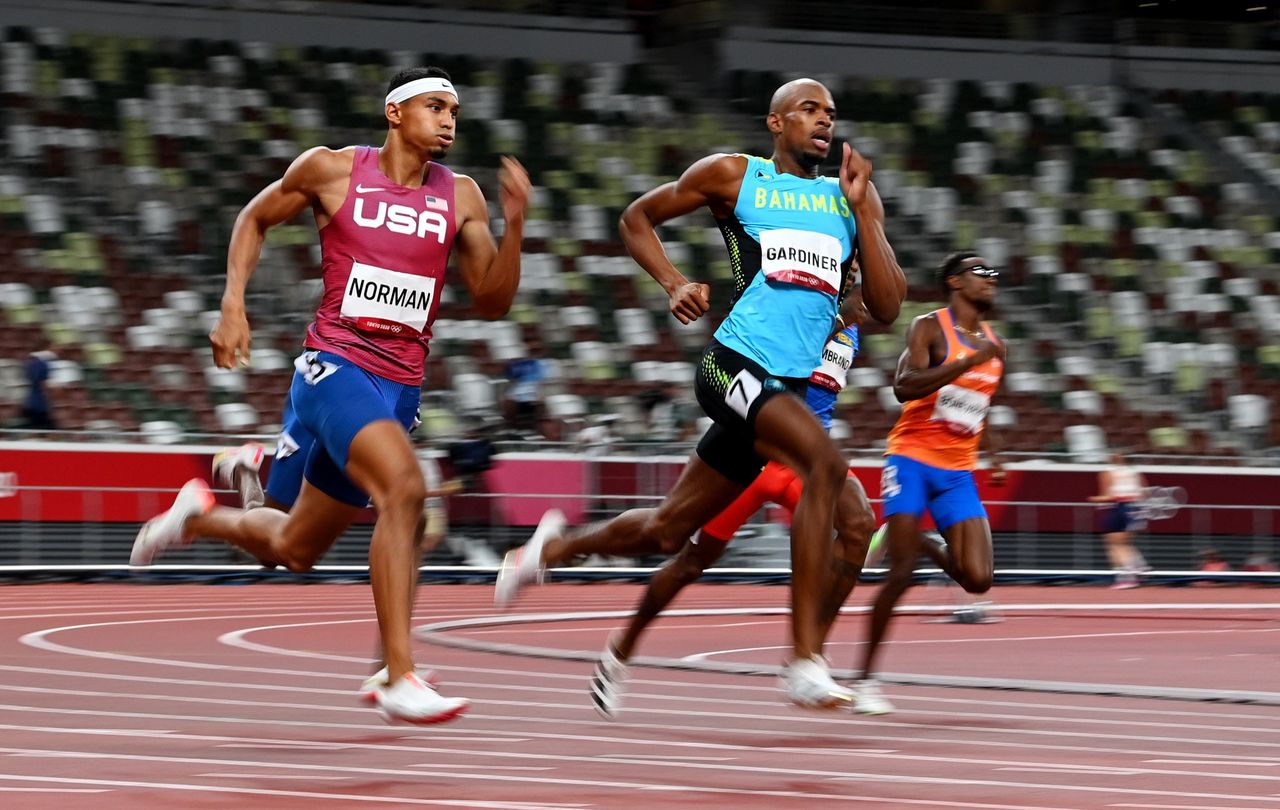 TOKYO (Reuters) - With world records smashed and dozens of personal best times achieved on its speedy track, Tokyo's Olympic athletics programme is proving to be one of the most memorable for decades.

For an ever-growing number of what is normally an all-powerful United States' men's team, however, these are fast becoming the Games to forget.

With just one gold secured - courtesy of Ryan Crouser in the shot put - the American men's team face the dire prospect of missing the top of the track podium for the first time in the Games' 125-year history - barring their boycott year in 1980.

"At this point in the 2019 World Championships, U.S. men had won seven of an eventual nine gold medals," former American sprint champion Michael Johnson wrote on Twitter. "So far only 1 gold in Tokyo with 8 medals remaining up for grabs as I write this."

By Thursday evening, the number was dwindling after the U.S. men were kept off the 400 metres podium, an event they swept in 2004 and 2008 but haven't won since.

The American women, by contrast, have dazzled.

Among their four gold medals, Sydney McLaughlin broke her own world record to win the 400 metres hurdles and Athing Mu delivered a first U.S. 800 metres gold since 1968.

On paper at least, impressive results at June's U.S. trials suggested a Tokyo gold rush was in store for the men as well.

Grant Holloway came within one hundredth of a second of Aries Merritt's 110 metres hurdles world record and Noah Lyles posted a world-leading 19.74 in the 200 metres. They, however, walked away with silver and bronze in Tokyo.

For some, missing gold was simply a matter of tough luck.

Although Rai Benjamin's 46.17 seconds in the 400 metres hurdles smashed the world record, Norway's Karsten Warholm smashed it by even more.

"The USA team did everything wrong in the men's relay," nine-times Olympic gold medallist Carl Lewis said on Twitter. "The passing system is wrong, athletes running the wrong legs, and it was clear that there was no leadership. It was a total embarrassment."

Johnson, who boasts 12 Olympic and world gold medals but no silver or bronze, levelled his criticism at USA Track & Field (USATF), as Baker told reporters the team had little time to practise.

"Trying to get two people running full speed to exchange a baton within a 20 meter zone requires practice! Especially, when you haven’t won this event since Sydney 2000 due to drops and zone violations! Embarrassing and ridiculous."

USATF did not immediately respond to a request for comment.

For some, the near-shutout reignited the debate over USATF's decision in May to scrap their pre-Olympic training camp in Japan over COVID-19 concerns.

"No (training) camp. No time to acclimatise. SUPER YOUNG TEAM," Benjamin tweeted on Thursday. "It’s forever about the bigger picture!"