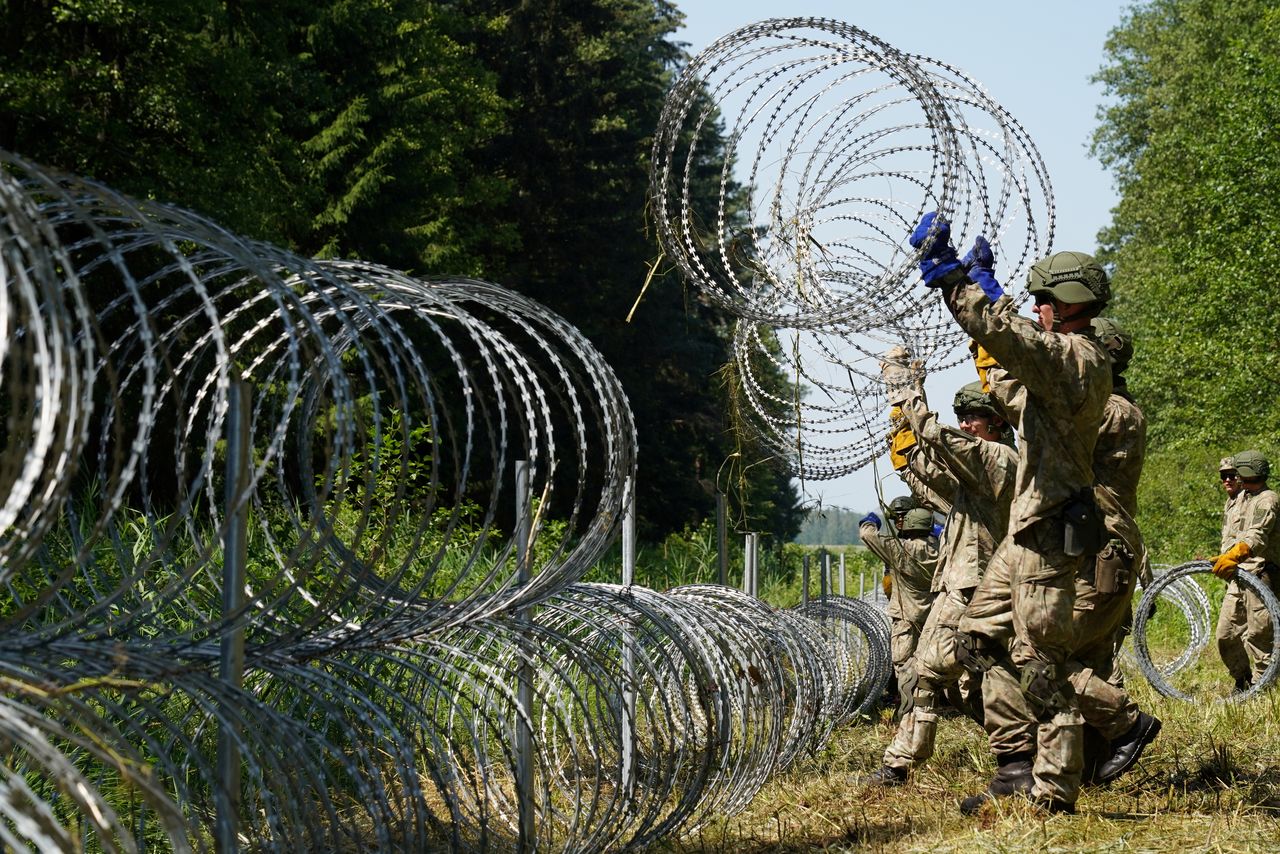 WARSAW (Reuters) -Poland accused Belarus of sending a growing number of migrants over the border in retaliation for Warsaw's decision this week to give refuge to Krystsina Tsimanouskaya, a Belarusian athlete who refused to return home from the Tokyo Olympics.

A deputy interior minister, Maciej Wasik, said on Thursday that Minsk was "waging a hybrid war with the European Union with the help of illegal immigrants".

In recent weeks, neighbour and fellow EU member state Lithuania has reported a surge in illegal border crossings from Belarus and said Minsk was flying in migrants from abroad and dispatching them into the EU.

"There are both young men and women with children. Belarus is using these immigrants as a living weapon," Wasik told online broadcaster Telewizja wPolsce.

"In recent days we have seen an increase (in migrants). We treat it as a reaction to the granting of asylum to the Belarusian sprinter."

Tsimanouskaya's Cold War-style defection has ratcheted up Western tensions with Minsk at a time when the EU has accused President Alexander Lukashenko of using migrants to hit back against EU sanctions.

Officials in the Belarusian government could not immediately be reached for comment.

Belarusian President Alexander Lukashenko on Thursday accused Lithuania and Poland of fuelling the migrant issue on the border, saying Lithuania wanted to drive migrants into Belarusian territory by force.

Belarus in May decided to let migrants enter Lithuania in retaliation for EU sanctions meted out after Minsk forced a Ryanair flight to land on its soil and arrested a dissident blogger who was on board.

Lukashenko at the time said Belarus would not become a "holding site" for migrants from Africa and the Middle East.

The Polish Border Guard told Reuters it had detained a group of 71 migrants on the border with Belarus during the night from Wednesday to Thursday and another group of 62, mostly Iraqis, on Wednesday.

That is more that the total of 122 illegal migrants the Border Guard said were detained along the frontier in the whole of last year. Last month, 242 migrants were intercepted.

Wasik said migrants arriving recently had mainly been from Iraq but also from Afghanistan.

The interior ministry did not immediately respond to Reuters requests for comment.

The EU has summoned the Belarusian envoy in Brussels and held talks with the Iraqi government over the issue of illegal migration to the bloc.