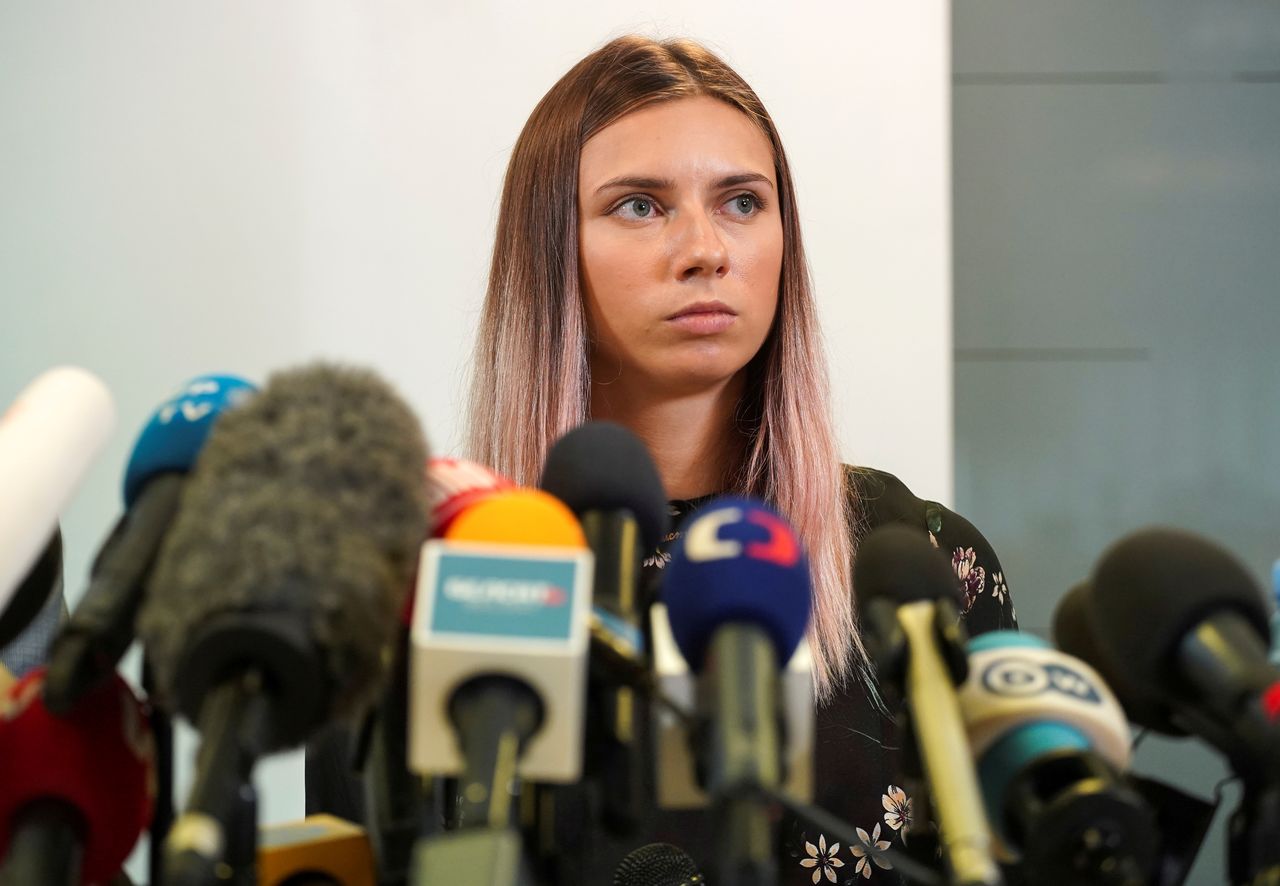 (Reuters) - Belarusian sprinter Krystsina Tsimanouskaya refused to go home and sought asylum at the Tokyo Olympics on Sunday, saying she feared for her safety after she had criticised her coaches on social media.

Tsimanouskaya is among a number of athletes who have sought political asylum during the Games and other major international events over the years. Here are a few other major ones:

In the 1948 London Games, Czechoslovakian women's gymnastics coach Provaznikova became the first known defector from the Olympics when she refused to return home. She said she sought asylum in England because of "the lack of freedom" in Prague.

The Melbourne Olympics were held just weeks after Soviet troops brutally suppressed an uprising in Hungary. The Hungarian contingent got wind of the news after landing in Australia, and several athletes defected to the U.S. after the Games.

Former tennis player Navratilova defected from her native Czechoslovakia as a 18-year-old in 1975 and requested political refuge in the United States. She was denied the right to compete in the U.S., where most major tournaments were then played and to where she later moved.

Afghanistan boxer Jawid Aman Mukhamad of Afghanistan, who was the country's flagbearer at the 1996 Atlanta Games, sought political asylum in Canada after Afghan officials accused him of being a communist because he had trained in Russia and told him he would not be allowed to compete in the Games.

Iraqi weightlifter Ahmed marched with his country's flag at the opening ceremony of the Atlanta Games, only to shun it later and defect to the United States. Ahmed opposed Saddam Hussein's rule and feared execution in his homeland.

The Cuban was banned from baseball in 1996 after his half-brother, pitcher Livan Hernandez, had defected to the U.S. a year earlier. In December 1997, Orlando, part of the gold-winning team at 1992 Barcelona Olympics, chose to follow his brother to the U.S., going on to play for the New York Yankees.

Seven athletes from Cameroon went missing from the Olympic village in London, suspected of having left to stay in Europe for better economic opportunities. Several Sudanese runners sought also asylum in Britain due to poor living conditions back home.

One of Cuba's most popular baseball players, Prieto fled the national team camp after arriving in Florida to take part in a qualifying tournament for the Tokyo Olympics. He defected to the U.S. in the hope of signing a pro contract in Major League Baseball. (This story corrects spelling of Tsimanouskaya's name in paragraphs one and two)

(Compiled by Dhruv Munjal and Manasi Pathak in Bengaluru; Editing by Christian Radnedge)