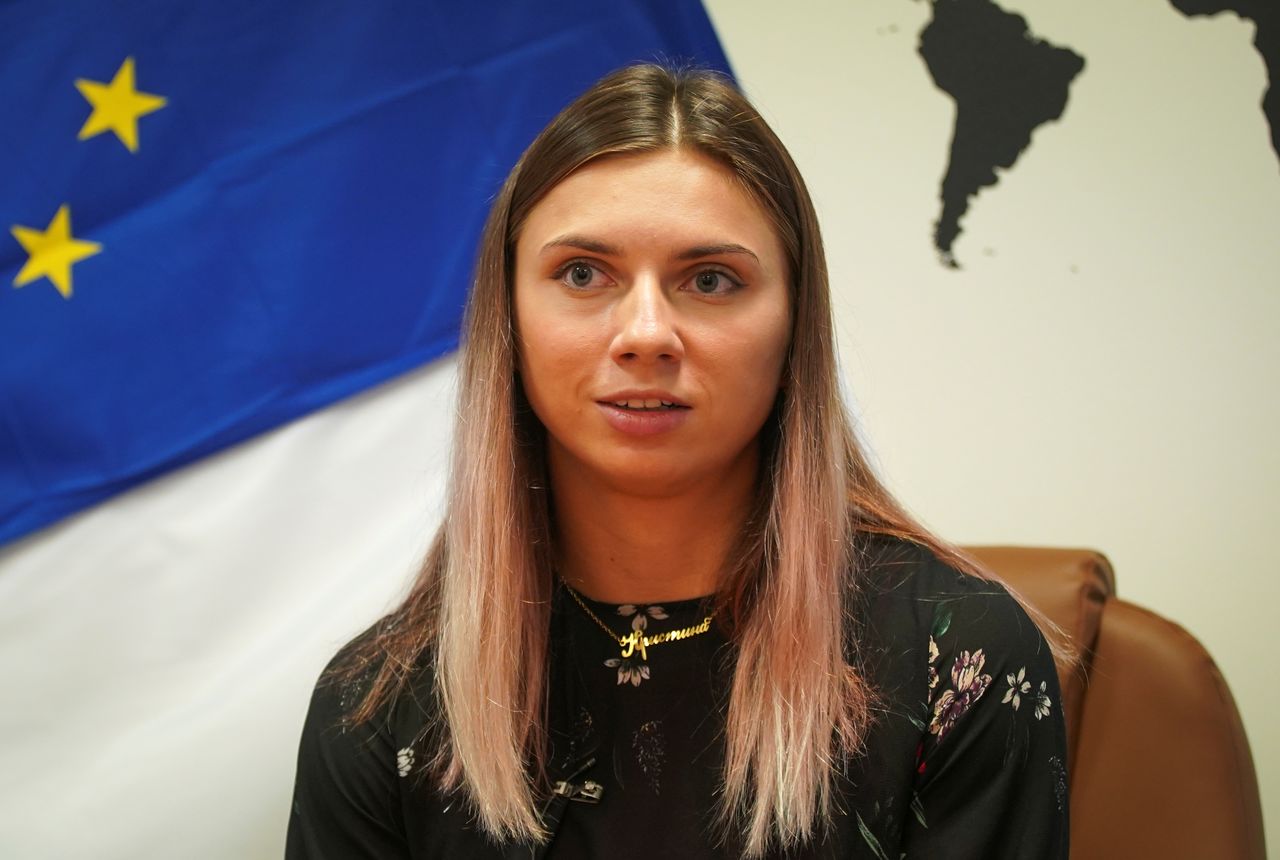 WARSAW (Reuters) -Belarusian sprinter Krystsina Tsimanouskaya was reunited with her husband in Warsaw on Thursday, an opposition politician said, as the couple look to make a new life for themselves after the athlete's dramatic defection during the Tokyo Olympics.

Warsaw-based Belarusian opposition politician Pavel Latushko told Reuters late on Thursday that Tsimanouskaya's husband, Arseni Zhdanevich, had arrived in Warsaw and had met with his wife.

Tsimanouskaya, 24, arrived in Warsaw on Wednesday evening after she refused her coaches' instruction to return to her homeland from Japan and was offered a humanitarian visa by Polish authorities.

In an exclusive interview with Reuters https://www.reuters.com/world/europe/exclusive-belarusian-sprinter-decided-defect-way-airport-family-fears-about-2021-08-05 earlier on Thursday, she said she had decided to defect as she was being taken to a Tokyo airport because her grandmother called to tell her it was not safe to return to Belarus.

"Right now I feel much better here, I feel that I'm safe and a lot of people support me here and my husband, he is already on the road by car to Poland."

"I'll wait for him today in the evening so he will be here, maybe, with me ... I am just waiting for him."

Zhdanevich left home abruptly, travelling to Ukraine after his wife took refuge in the Polish embassy in Tokyo on Monday.

"I think he was also shocked," Tsimanouskaya said in the interview with Reuters. "I did not know he was leaving Belarus. My grandma or mother told me. He called me when he was already on the way."

She added: "He said that he and our parents decided that he must leave too. And he quickly packed some things and left."

Poland, which like Ukraine and Lithuania has become a haven for Belarusians since the crackdown began, has drawn parallels between the struggle against Lukashenko's authoritarian government and its own history during communism.

Tsimanouskaya, who said in the Reuters interview she had not been involved in politics in Belarus, had criticised negligence by her team coaches.

Subsequently, the Belarusian Olympic Committee had said coaches withdrew her from the Games on doctors' advice about her emotional and psychological state.

A trainer and a massage therapist, Zhdanevich runs a fitness business together with his wife.

"I hope that we can stay here and I will continue my sports career and my husband will be able to find a job here," Tsimanouskaya told the news conference.

According to Poland's Office for Foreigners around 34,000 Belarusians have residence permits, a number that has increased rapidly in recent years.

The Polish foreign ministry and the Office for Foreigners said in June nearly 10,000 Belarusians had applied for humanitarian visas or asylum in the past year.

(Reporting by Gabrielle Tétrault-Farber and Alan Charlish in Warsaw and Tom Balmforth in MoscowAdditional reporting by Maria Vasilyeva, Tatyana Gomozova and Angelina Kazakova in MoscowWriting by Alan CharlishEditing by Frances Kerry and Matthew Lewis)