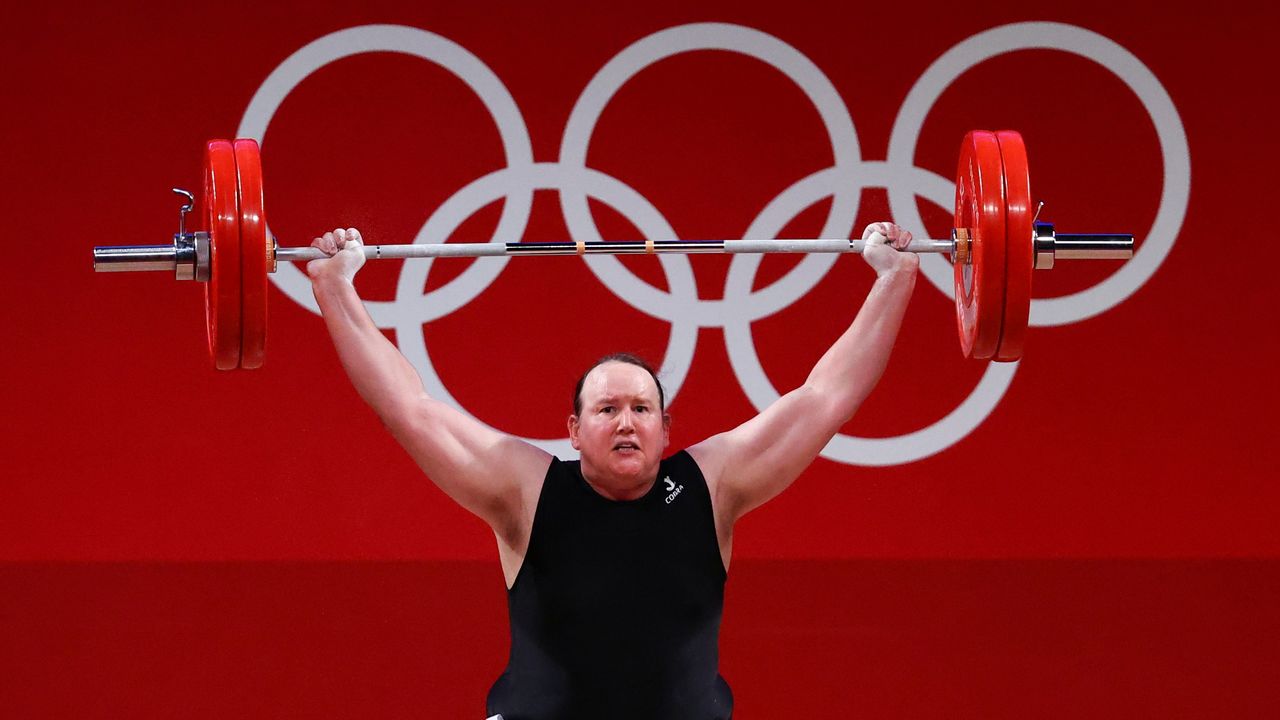 TOKYO (Reuters) - At 43, New Zealand weightlifter Laurel Hubbard is nearly twice the average age of her Tokyo 2020 competitors. Having shifted 285 kg in qualifying, she is also one of the strongest in the field.

On Monday she will become the first openly transgender athlete to compete in an Olympics in a different gender category to that assigned at birth, and her participation has been as divisive an issue as whether the Games should have even gone ahead during a global pandemic.

Hubbard was assigned male at birth but changed her name eight years ago and underwent hormone therapy to transition before resuming weightlifting, a sport she abandoned more than a decade ago.

Transgender rights advocates have applauded the International Olympic Committee's (IOC) decision to allow, under certain criteria, athletes like Hubbard who identify as women to compete in women's events.

But some former athletes and activists believe her background gives her an unfair physiological advantage, and say her inclusion in the super-heavyweight 87+kg category undermines a protracted struggle for women to be treated equally in sport.

"Women have been able to have that competition for 16 years, and now you've got a male in there who likely take a spot on the podium and take a place that should be going deservedly to a female competitor," said Katherine Deves, co-founder of Save Women's Sport Australasia.

Hubbard has not spoken with media since her place on the New Zealand team was confirmed, but in a statement on Friday she thanked the IOC "for its commitment to making sport inclusive and accessible."

The IOC cleared the way for transgender athletes to compete in Olympic women's events without gender reassignment surgery in 2015, provided their testosterone levels stayed below 10 nanomoles per litre for at least 12 months.

Critics have dismissed the paper for being too narrow, an opinion Harper agrees with, while insisting it was not the basis upon which the IOC made its decision.

She is currently furthering the study through quantitative research on transathletes at Britain's Loughborough University.

"It's certainly true there's a paucity of data," Harper said. "...International sports federations need to do the best they can with data that exists. When we have better data we'll come up with better policies."

Harper's research aims to track transathletes in different sporting categories, monitoring changes in areas like weight, strength, stamina and speed before and after hormone therapy.

It also sets out to compare transgender athletes with athletes born female who are of similar ages, sizes and abilities in a given sport.

"But in terms of ruining women's sports, that's just simply not going to happen."

The IOC is leading a review of all the scientific data to determine a new framework that would allow international federations to take decisions for their sport individually.

Richard Budgett, the IOC's medical and scientific director, on Thursday said the challenge was to ensure exclusivity while also retaining fairness.

"There is a lot of disagreement across the whole world of sport... It's a matter of eligibility for sport and particular events and it really has to be sports-specific," he said.

Critics of the inclusion of transgender women at the Olympics say the sensitivity of the issue is an obstacle towards having a substantive debate, with fears among athletes and governing bodies about repercussions.

"When I was competing I couldn't speak my mind, I had to be wary of the consequences, but now I think it's fair that I do speak out for those who can't," said Tracey Lambrechs, a former New Zealand weightlifter.

"There's no transphobia hate here," she told Sky News in Australia recently. "But I'm also for women (born as women) having equal rights in sport."

Kirsti Miller, an Australian trans advocate, believes the negative reaction to Hubbard inclusion was overwhelmingly due to people being misinformed rather than transphobic.

She blames the IOC for not sufficiently educating the public on its 2015 consensus and fears for the reaction to her competing.

"There will be so much hate for Laurel. I've never felt it this bad," she said.