By Tetsushi Kajimoto and Paresh Dave

TOKYO (Reuters) -April Ross and Alix Klineman won the first Olympic gold medal for the United States in women's beach volleyball since 2012 on Friday, when they beat Australia's Mariafe Artacho del Solar and Taliqua Clancy at the Tokyo Games, with temperatures on the sand court rising to 45°C (113°F).

"It meant a lot to hear our delegation start chanting. It’s a lot more personal but we still felt the gravity of the situation at the match and how big it was," Ross said.

Asked about the fourth gold for the U.S. women's side, Ross said: "I thought about the tradition and it means a lot to uphold that."

The final disappointment for Australia was a service into the net that gave Klineman and Ross the winning point, prompting the U.S. pair to replace their gentle hover hugs that had followed each score with a deep embrace.

About 10 officials from each country's Olympic federation were on hand to cheer their teams at the shadeless court propped up at the Shiokaze Park alongside Tokyo Bay.

Latvia gave their supporters reason to hope by scoring three late points but it was the doctors, psychologist and other delegates from Switzerland who finally celebrated.

Heidrich looked up to them after the win, screamed into a camera and then leapt onto a railing to hug her supporters.

The bronze marks Switzerland's first in the Olympic women's event. The country won a men's bronze medal in 2004.

The United States, the birthplace of beach volleyball, and Brazil have dominated the medals since it became an Olympic sport in 1996 - between them accounting for nine of the 12 golds in the men's and women's events coming into the 2020 Games.

Brazil were eliminated earlier in the women's tournament. 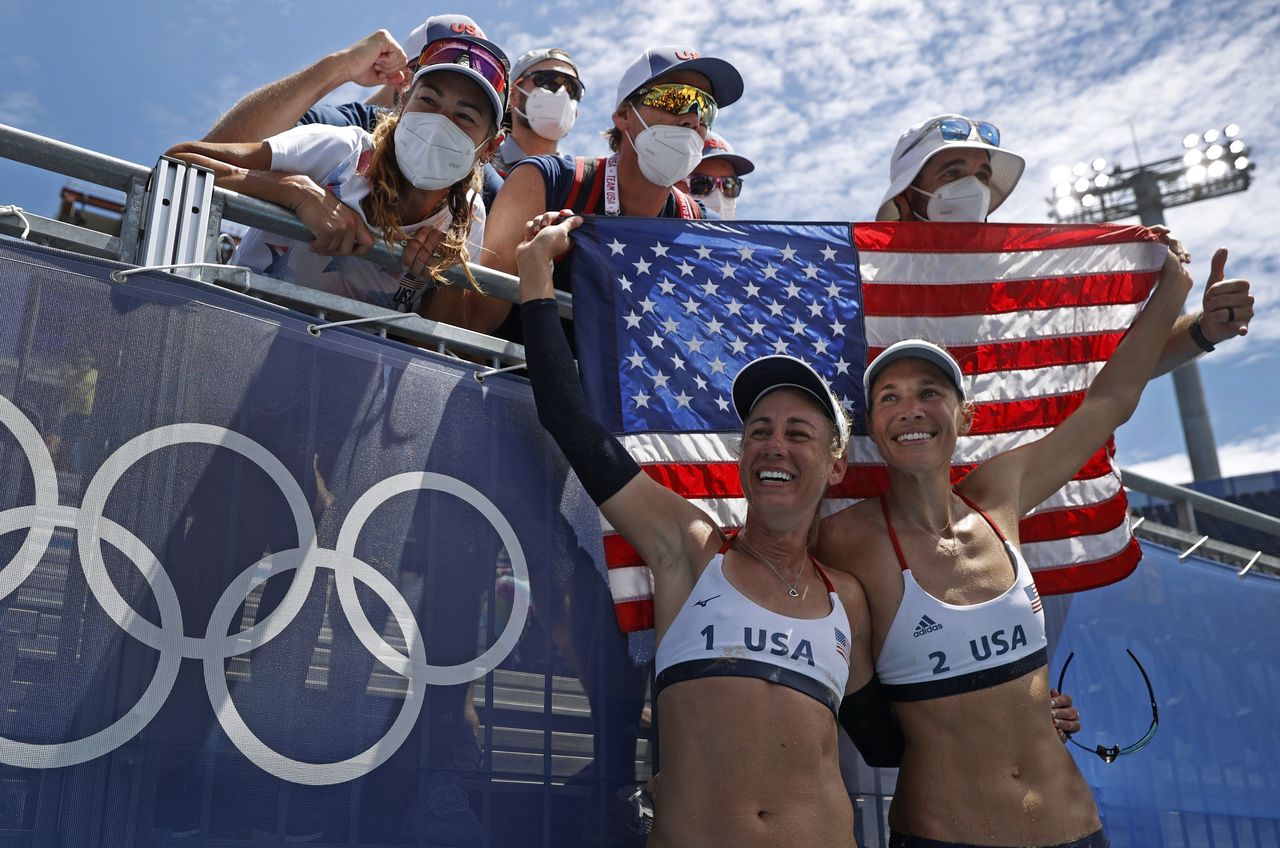 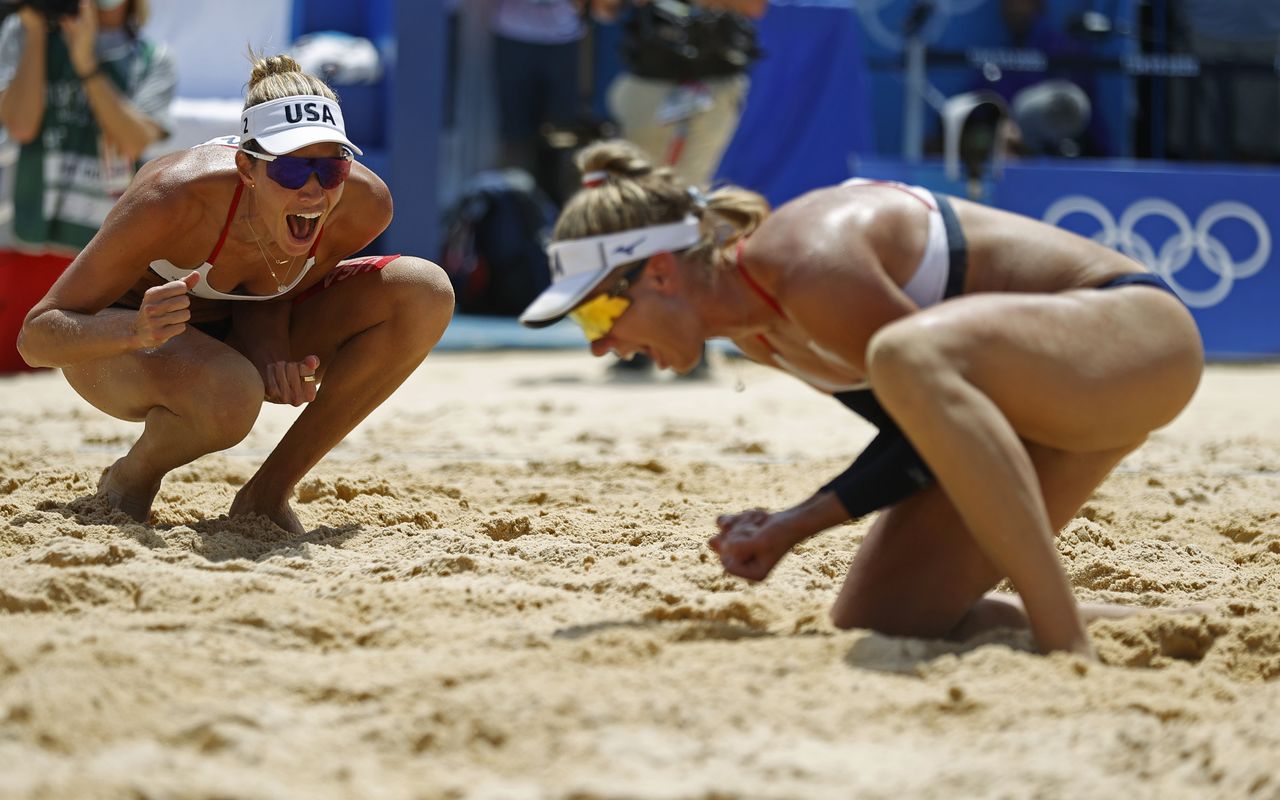 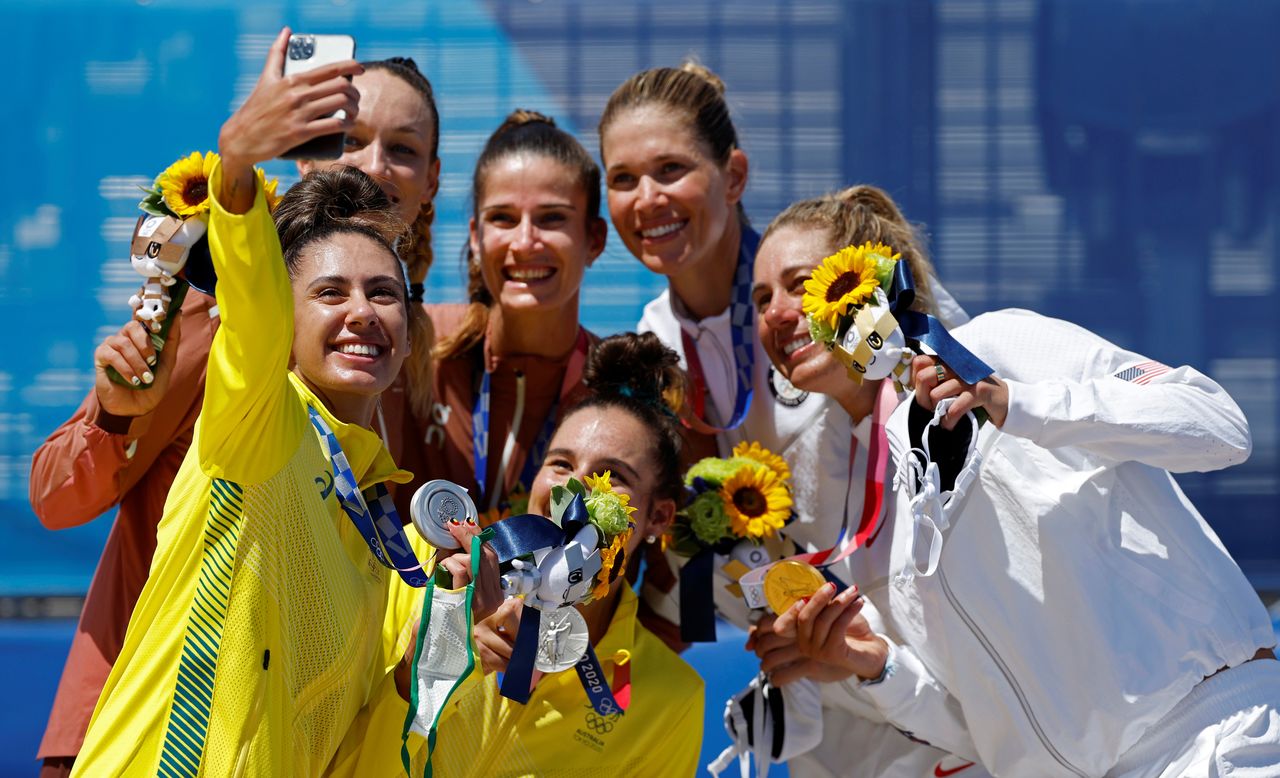