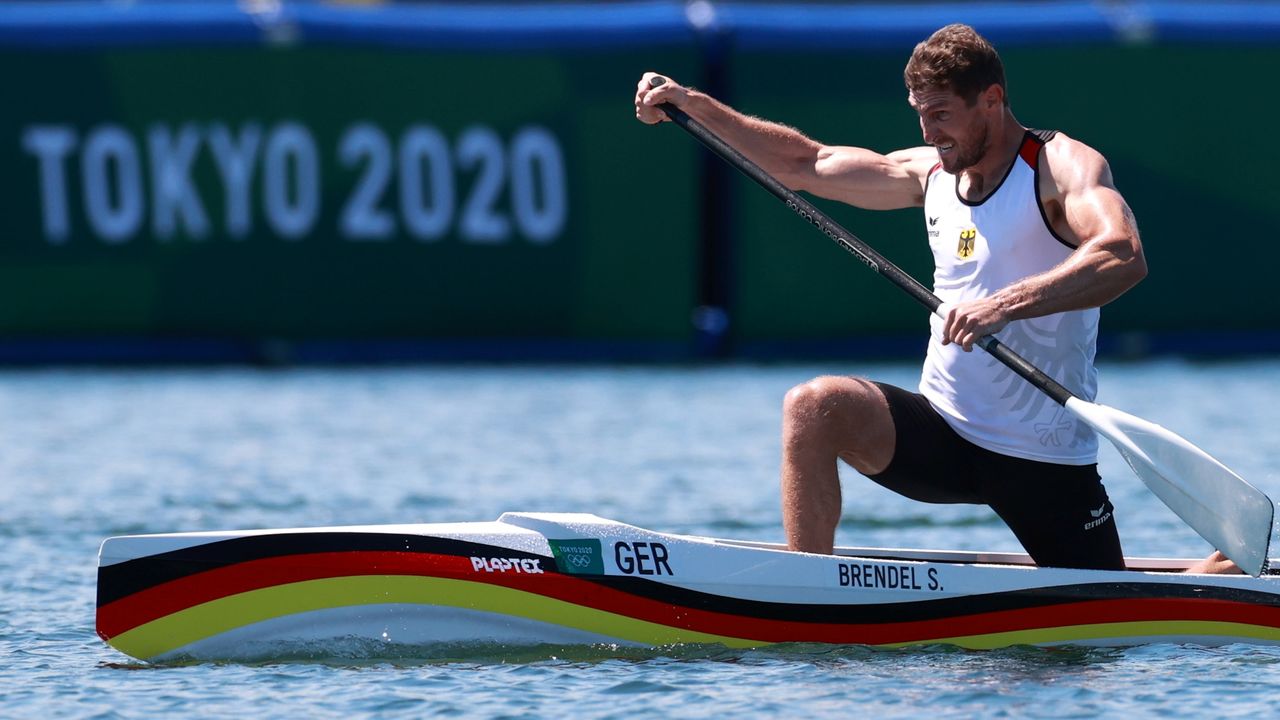 TOKYO (Reuters) -German Sebastian Brendel's quest for a third successive Olympic gold medal in men's canoe single 1,000 metres got off to a shaky start as he failed to secure direct entry into the semi-finals from his heat before advancing via the quarters.

Brendel, who took gold at London 2012 and Rio 2016, led the way but struggled in warm temperatures to finish third in his heat, behind Czech Republic's Martin Fuksa and Hungary's Balazs Adolf, in a time of four minutes, 02.351 seconds.

But the 33-year-old paced himself perfectly in his quarter-final at the Sea Forest Waterway later in the day to book his berth in Saturday's semis with a time of 4:07.036.

"The plan was to qualify direct for the semi-final. We had a tough race with a quick time and in every other heat it would have been qualification," Brendel said.

Rio silver medallist Isaquias Queiroz dos Santos of Brazil set the pace with a time of 3:59.894 in his heat.

The New Zealanders finished in 1:33.959, behind the Hungarian team, in their heat.

She had won the kayak single 200m on Tuesday before partnering Regal to take the kayak double 500m title.

"We've all been waiting the whole week for this race so to see the girls super ready for it and excited gives me so much confidence. They're such a good team," Carrington said.

The Spanish quartet of Saul Craviotto, Marcus Walz, Carlos Arevalo and Rodrigo Germade set an Olympic best time of 1:21.658 to charge into the semi-finals of the men's kayak four 500m after the German team briefly held the mark.

China's Xu Shixiao and Sun Mengya laid down a marker in the women's canoe double 500m heats, crossing the line in 1:57.870 to put themselves in contention for a first Games gold in the event.

Women's canoe racing made its debut at the Tokyo Games and American 19-year-old Nevin Harrison captured gold in the single 200m event on Thursday.