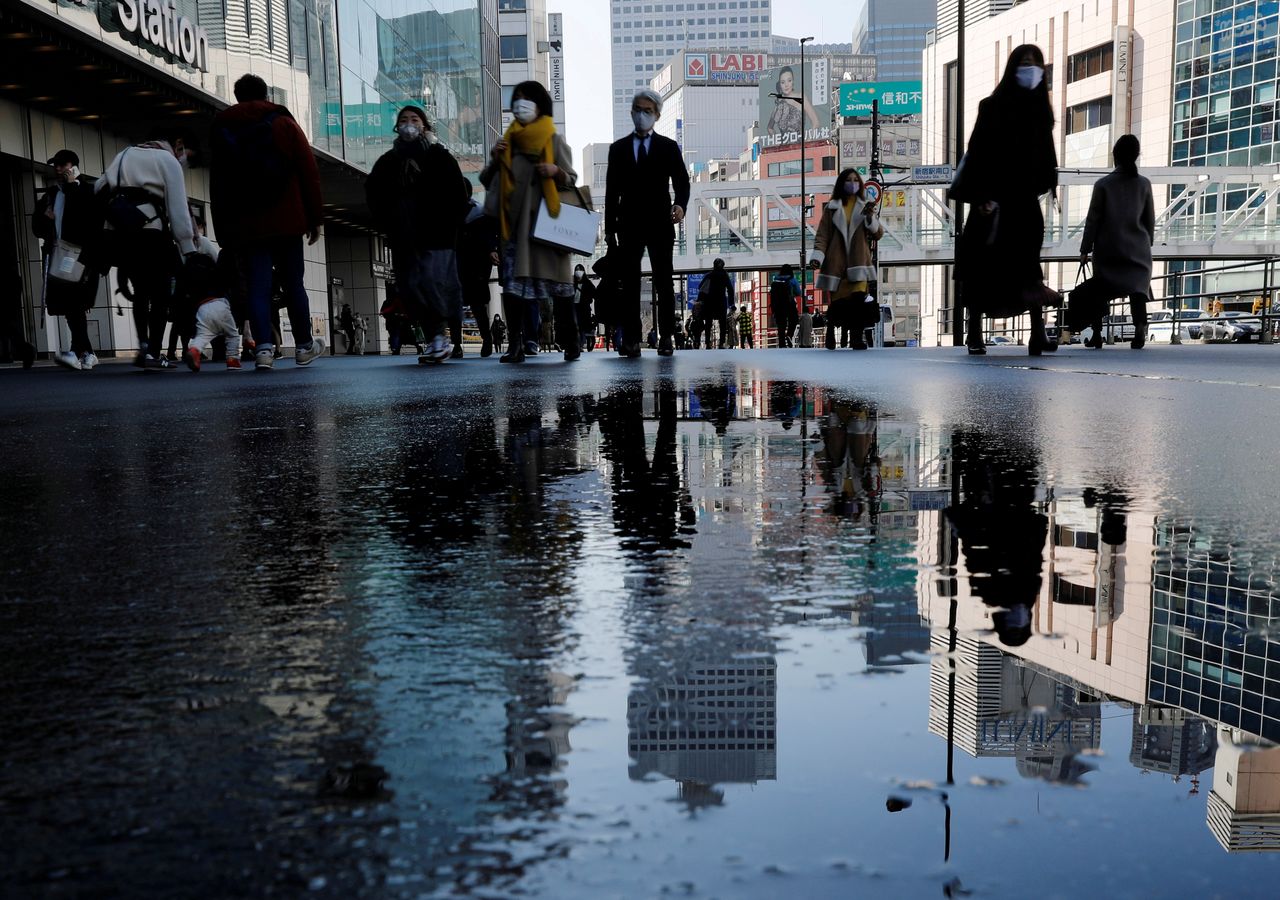 TOKYO (Reuters) - Japan's economy likely recovered slightly in the second quarter from a steep slump at the start of the year, a Reuters poll showed, as solid exports and capital expenditure cushioned some of the blow to consumption from the coronavirus pandemic.

But analysts expect the world's third-largest economy to lag other advanced nations emerging from the doldrums, as expanded state of emergency curbs and a resurgence in infections weigh on household spending.

"There won't be much of a rebound from the first quarter's big contraction. The data will show the economy continues to stagnate," said Yoshiki Shinke, chief economist at Dai-ichi Life Research Institute.

"Conditions won't improve much in July-September, as expanded COVID-19 curbs and surging infections hurt consumption during the summer."

Preliminary gross domestic product (GDP) data will show the economy grew an annualised 0.7% in April-June, after a 3.9% slump in the first quarter, according to analysts polled by Reuters. On a quarter-on-quarter basis, GDP likely grew 0.2%, the poll showed.

Capital expenditure is forecast to have expanded 1.7% as manufacturers ramped up spending to make up for investment delays caused by the pandemic last year, the poll showed.

Consumption shrank 0.1% as the health crisis continued to weigh on service spending, though the drop is smaller than the previous quarter's 1.5% decline, the poll showed.

While exports remain strong, external demand likely shaved 0.1% point off growth as imports rose more than overseas shipments, according to the poll.

Japan's economic contraction in the first quarter marked the first fall in three quarters, as curbs on activity to combat the pandemic hit consumption.

While robust global demand has boosted exports and capital expenditure, a worldwide chip shortage has disrupted auto production and clouded the outlook for Japanese manufacturers.

"Japan's factory output may experience some volatility if the chip shortage lasts longer than expected."