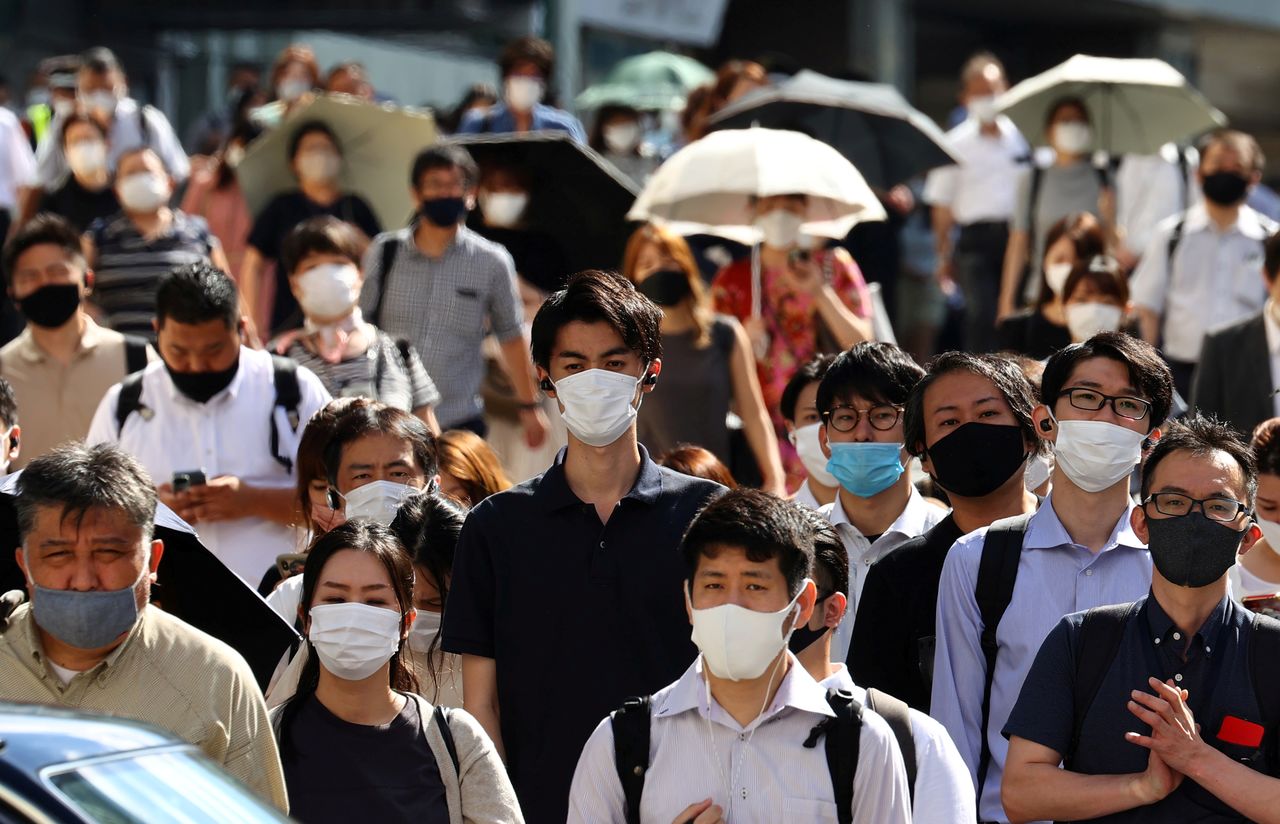 TOKYO (Reuters) - Japan decided this week to expand COVID-19 curbs to more than 70% of its population, but in contrast to stringent lockdowns in some countries, authorities are relying mainly on requests for self-restraint and peer pressure.

With nationwide new cases topping 15,000 a day for the first time this week, expectations are simmering that Prime Minister Yoshihide Suga may declare a nationwide state of emergency, although he said on Thursday he was not considering this now.

Some ruling lawmakers have also suggested legal changes to allow stricter enforcement of curbs, but any move to a Western-style "lockdown" would be controversial and take time.

Below are some key points about Japan's COVID-19 curbs.

Under a nationwide emergency in April-May 2020, Tokyo asked a wide range of facilities to close including gyms, cinemas, bars, and large stores selling non-essential goods. Schools were closed early in the pandemic but reopened.

While a March 2020 law allows the premier to declare a state of emergency if the disease poses a "grave danger" to lives, Japan has generally shunned stronger enforcement steps and the law did not mandate fines or other punishment.

The government has sought to juggle containing the virus with minimising damage to the economy, while memories remain strong of civil rights abuses during World War Two.

Public compliance was initially high, but people are growing weary of curbs and critics say holding the Olympics during the pandemic sent a confused message about the need to stay home.

While it did not initially mandate fines or other punishment for failure to comply, a February 2021 revision allows fines of 300,000 yen ($2,700) on businesses that do not comply.

The revision also created a new category of lighter "quasi-emergency" curbs, with lower fines for non-compliance.

Recent curbs have focused on asking eateries to close early and refrain from serving alcohol, but not all bars and restaurants are complying.

The government has repeatedly imposed and then lifted its curbs as infections fluctuated. Then-prime minister Shinzo Abe ended the first nationwide emergency in late May 2020 after seven weeks, declaring the "Japan model" a success.

Later waves of infections prompted additional, more localised measures. Tokyo is under its fourth state of emergency and on Thursday Suga said additional prefectures would be subject to the "quasi-emergency" steps.

As infections surge, some ruling party lawmakers and the top government medical advisor have suggested the need to debate legal changes to allow a "hard lockdown", although experts note the government is not making full use of its existing authority.

Suga has said Western-style lockdowns "don't suit" Japan and has stressed getting the population fully vaccinated was key.

Suga, whose support rates are at record lows ahead of a general election this year, would need to convene an extra session of parliament, usually held from September, to revise the law now. But he may be wary of facing opposition criticism of his pandemic response in the legislature, and experts say the move would probably be too late anyway.