Olympics-Soccer-Alves and Brazil have sights set on more gold 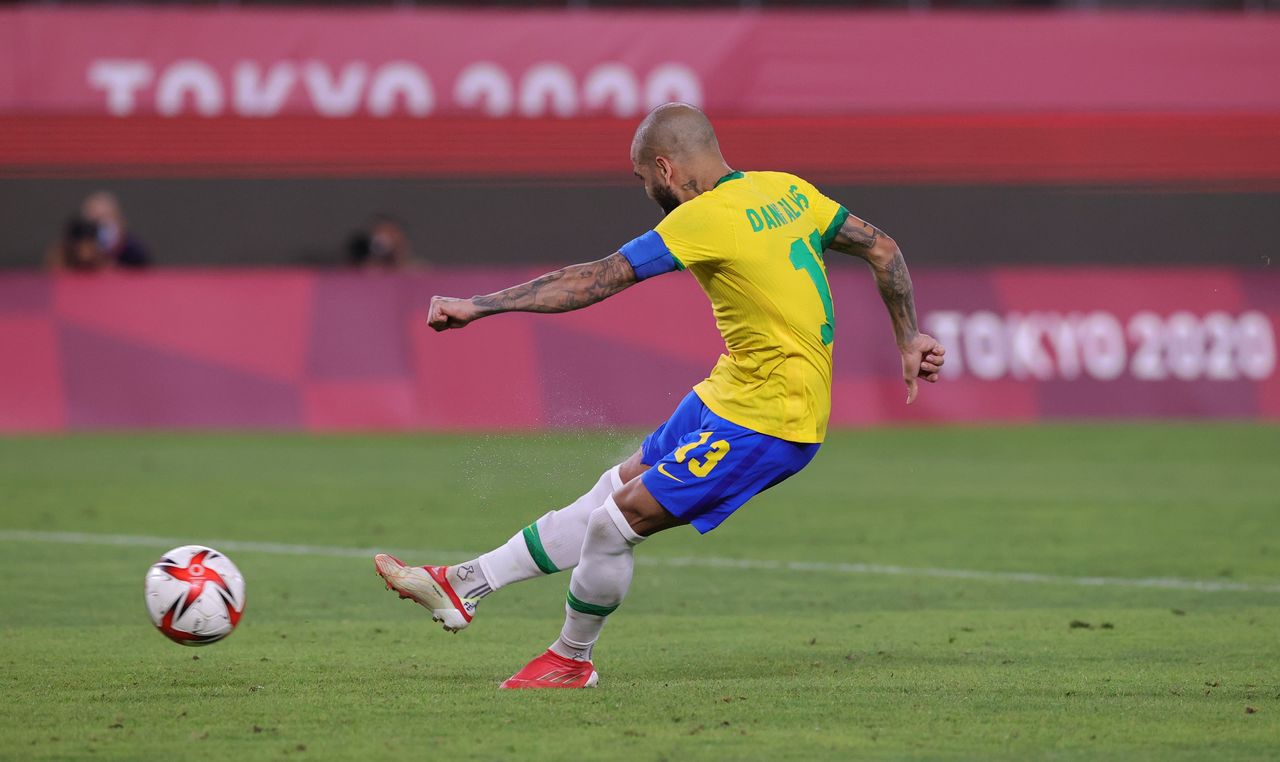 TOKYO (Reuters) - For a 38-year-old coming to the end of his career, the appeal of playing in empty stadiums in Japan's summer heat as an over-aged player in an Under-23 tournament is not an obvious one.

But those puzzled at why Dani Alves, who has had a career filled with trophies and titles, would want to feature in the eternally unappreciated Olympic football tournament will have found their answer in his performances during these Games.

Alves's leadership of the young Brazil team has been evident in every game, including in the semi-final shootout win over Mexico where he strode up to take the first penalty kick.

On Saturday, the former Barcelona defender will find himself 90 minutes away from becoming captain of a gold medal winning team when his side face Spain in the final in Yokohama.

Alves has won everywhere he has played -- six Spanish league titles and three Champions League wins with Barca, a Serie A title with Juventus and the French league twice with Paris St Germain.

Yet when it comes to representing his country, Alves has never managed to be part of a team which has won a major global competition.

The World Cup has evaded him and while he has enjoyed two triumphs in the Copa America, he clearly sees the Olympics as a way to complete his career with an international success for his country.

"It means a feeling of achieving a dream, every high performance athlete wants to be here," Alves said before the tournament when some questioned his decision to take part.

"Being here, being able to represent my people, at football, is an honour for me."

It is an admirable approach and one which reflects Brazil's respect for the Olympic football tournament -- which they finally won five years ago on home turf in Rio.

Anyone who witnessed the performance and celebrations after their victory in the final over Germany at the Maracana Stadium will have been left with no doubts that while the Olympics will never be the World Cup there is real prestige in winning gold.

Another over-age player, Everton forward Richarlison, has made a major impact in Japan with five goals, including a hat-trick in their opening win over Germany.

Their squad features six players who were part of the Euro 2020 squad which reached the last four.

Unai Simon, Eric García, Pau Torres, Pedri González, Mikel Oyarzabal and Dani Olmo have all had a marathon summer and will not want to end it with silver medals.

Spain fought past Japan in the semi-final thanks to a goal late in extra-time from Real Madrid's Marco Asensio.

The Spaniards won Olympic gold at Barcelona 1992 and silver at Sydney 2000, losing on penalties to Cameroon in the final.