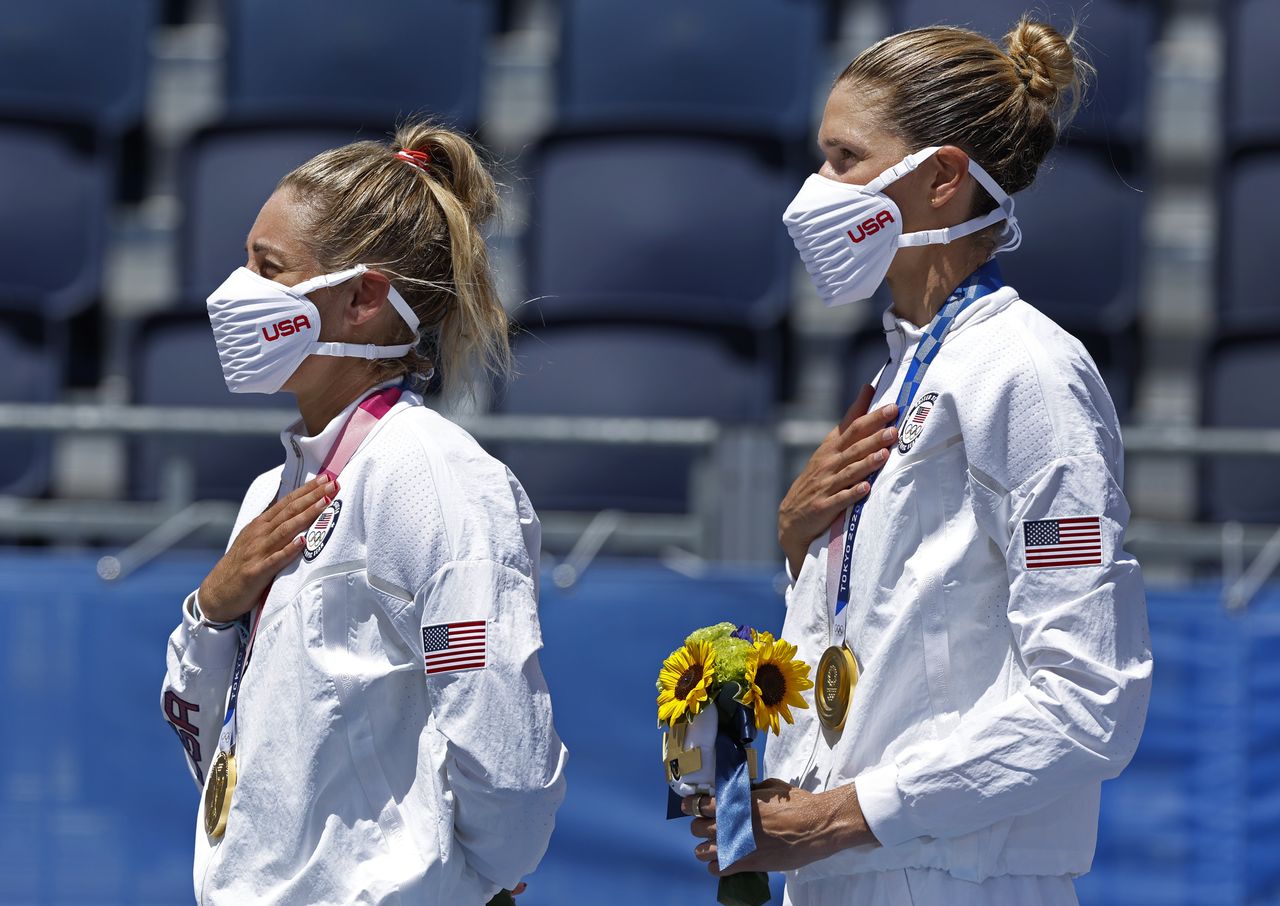 By Paresh Dave and Tetsushi Kajimoto

TOKYO, Japan (Reuters) - Super Bowl champions may get free tickets to Disneyland, but the women's beach volleyball gold medallists are hoping for free passes to Stagecoach.

The California music festival was the scene four years ago where April Ross, who took bronze in 2016 and silver in 2012 with separate partners, met by chance indoor volleyball roster-cut Alix Klineman and began an Olympic run that finished Friday with what Ross called a "fairy-tale" for the Southern California duo.

"In the back of my head, I'm thinking we should get VIP tickets for the next Stagecoach," said a beaming Ross after winning gold. The festival returns from a two-year pandemic hiatus next April.

Ross and Klineman's dominant two-set win over Australia at Tokyo 2020 counted as the fourth U.S. women's gold in a sport introduced to the Olympics in 1996.

"We went out there and just put it all out there," said Klineman, who had been seeking redemption for not making the U.S. indoor volleyball team in 2016.

Like any good fairy tale, some monsters blocked the heroines' path. Klineman's rocky transition to what she has described as the higher-intensity beach version of the sport smoothed out only after embracing watching herself play.

"I was not catching on," she said. "I couldn’t understand why things were not clicking. I would watch it (and realise) what it felt like wasn’t what it looked like. That’s when things started to click a little bit faster."

The pair said they watched four hours of video Thursday night to prepare for the gold match, as in recent days Klineman felt off on serves and blocks.

Ross had her own doubts on the way to Tokyo.

"The risk Alix took to come out to the beach, I can’t fathom that it worked out the way it did," Ross said.

"It’s kind of a fairy tale story, 'Oh, I’m going at 39 (years old) to try and get my first gold medal and that fact it actually happened feels so special and surreal."

Ross took a selfie of them on the medal podium at the temporary court, which was so quiet at times with fans banned that camera shutters echoed.

Klineman clung to her medal as long as she could while answering post-match questions.

They also leave with origami from volunteers and flag-emblazoned pins from other countries' athletes. And they both await those music festival passes.