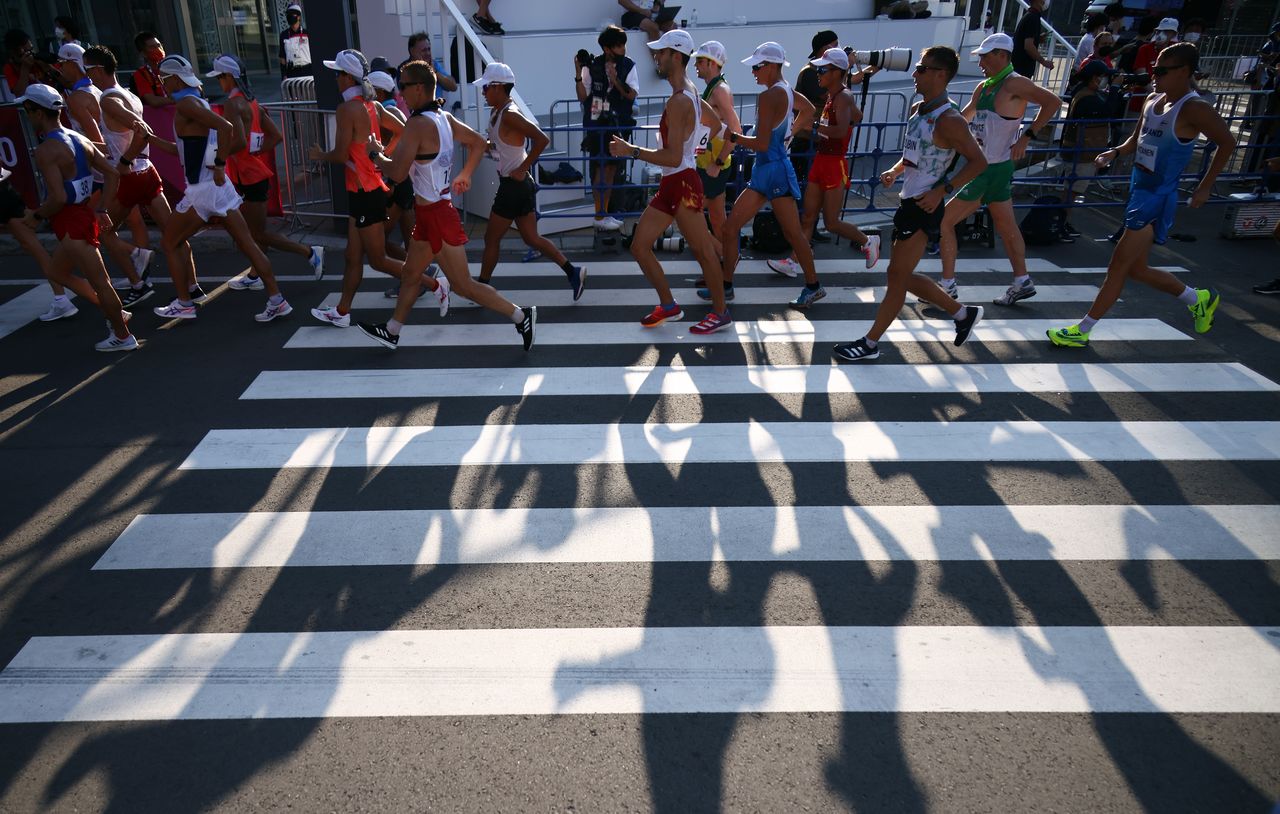 SAPPORO, Japan (Reuters) - Race walkers on Friday slammed what they called a "terrible mistake" to remove the 50km race from the Olympic programme and accused the "suits" behind the move of not communicating enough with the athletes.

The 50km distance has been part of the Games since 1936 but Friday's race might have been the last at an Olympics. The event has been dropped from the schedule for Paris 2024 because there is no equivalent race for women.

"It's a terrible mistake by the IOC and World Athletics. I think we showcased today that this event belongs in the Olympics," Canada's Evan Dunfee told reporters after winning bronze in the event in Sapporo.

"The easiest solution would have been to allow women to race 50K at the Olympics," Dunfee said.

"It's heartbreaking," he said, receiving applause in the press conference room.

Germany's Jonathan Hilbert, who won silver, said there was insufficient communication from executives.

"The problem is that the people in the suits in the World Athletics and IOC, they don't speak a lot with the athletes. We've heard it out of maybe the newspapers or from coaches that they will remove the 50K," he said.

The International Olympic Committee said in an emailed statement its executive board had confirmed in June that the 50km walk would be replaced by a mixed-gender race walk team event.

Achieving gender parity while not increasing the number of athletic events were key considerations, the IOC said.

World Athletics did not immediately respond to an emailed request for comment.