Olympics-Paris 2024 to fly "biggest flag ever" from Eiffel tower 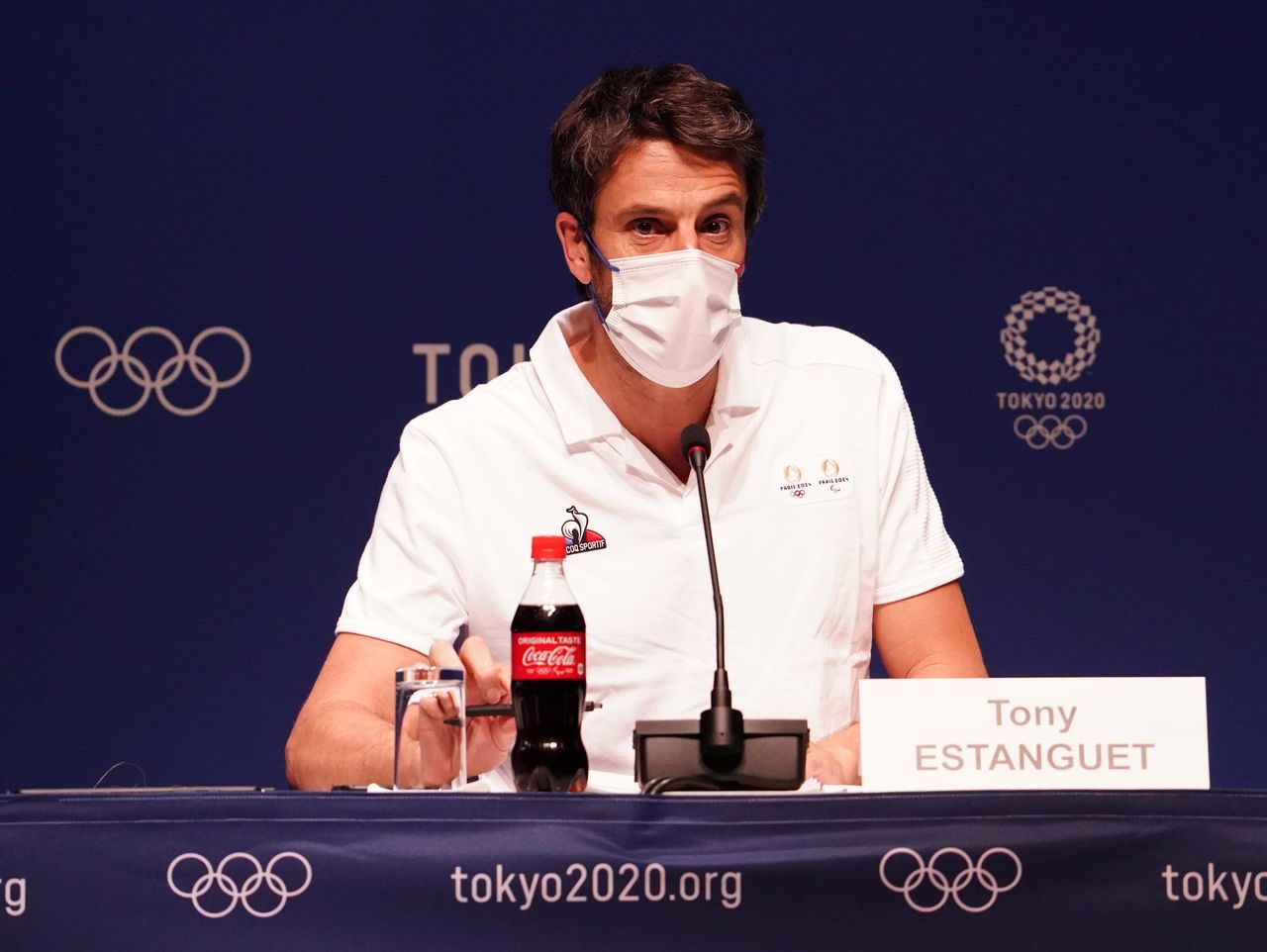 TOKYO (Reuters) - The Paris 2024 Olympics organising committee will attempt a world record on Sunday when they will unfurl from the Eiffel tower and fly what they hope will be the biggest flag ever flown, as part of the handover of the Olympics from Tokyo to the French capital.

The traditional handover of the Olympic flag takes place during the closing ceremony of a Games when it is handed to the mayor of the next host city.

When Paris mayor Anne Hidalgo receives the flag with the Olympic rings from IOC President Thomas Bach during the Tokyo 2020 Games closing ceremony on Sunday, another flag will be raised from the French capital's most recognisable monument.

"We waited an extra year for this moment (after Tokyo 2020 Games were postponed due to the pandemic)," Paris Games chief Tony Estanguet told a news conference on Friday.

"The excitement is very strong. We want to start with a world record. It's the biggest flag every raised, ever," he said.

"It's more or less the equivalent of a football field. So it's true that it will be big. It will be the first world record of Paris 2024 since it would be the biggest flag ever raised."

He did not say whether it will be the flag of France, that of the Olympic rings or one with the 2024 Games logo. "Suspense," he said.

Paris, which will host the Games exactly 100 years after last organising the Olympics in 1924, will also stage a tour of the country for the Olympic flag it receives at Tokyo in order to start shoring up enthusiasm for the first European summer Olympics since London 2012.

"The Olympic flag will make a tour of France," Hidalgo said. "It symbolises the Olympic values and we want to share it."

"It arrives in Paris and it will not be stored away from view of the citizens who whom it belongs," she said.