IZU, Japan (Reuters) - Track supremo Laura Kenny had warned against counting her out after a rare taste of defeat earlier this week and she proved as good as her word to become the most decorated female Olympic cyclist in history on Friday.

Shrugging off Britain's shock loss by Germany in their usually dominant team pursuit, the 29-year-old joined trusty team mate Katie Archibald to destroy the field in the first women's madison event held at an Olympics.

As well as becoming the first British woman to win a gold medal at three different Games, her fifth took her past Dutch rider Leontien van Moorsel to the top of the all-time list having moved level on four in Rio five years ago.

"I've never wanted to win a race so much in all my life," Kenny said after her and Archibald turned a crash-littered 120-lap madison into a procession, winning 10 of the 12 sprints for a massive total of 78 points.

Denmark were a distant second with 35 with Russia third.

The challenge of Dutch world champions Kirsten Wild and Amy Pieters never materialsed after veteran Wild was brought down in huge crash with 70 laps remaining and they ended up fourth.

The day ended gloriously for the Dutch, however, as Harrie Lavreysen edged team mate Jeffrey Hoogland to became the first rider from the cycle-mad nation to win the men's Olympic sprint since Jacques van Egmond in 1932.

In a showdown between two orange-clad rocketmen, Hoogland won the first race in the best-of-three final and came within the width of a wheel of gold in the second.

But 24-year-old world champion Lavreysen dominated the decider to give the Netherlands their third gold on the track this week, having also won the team sprint with Hoogland.

"This is a new dimension of pain. I was so good in this final. I thought I had him in the second one, but he just came by," a gutted Hoogland said.

Britain's domination of the Olympic velodrome has come under a sustained assault this week.

They won six golds in Rio five years ago, and seven in London 2012 and Beijing 2008 but until Matt Walls won Thursday's omnium they were stuck on zero.

Much has changed in Kenny's life since Rio, not least marrying fellow track great Jason Kenny, who she now trails by only one gold medal, and giving birth to son Albie.

But while pining for her son 9,000km away, she showed her hunger remains as ravenous as ever, even if she had begun to doubt whether she could add to her haul.

"I just wanted to make Albie so proud but I thought this is just never gonna happen to me ever again," Kenny, who broke her shoulder in early 2020, told reporters.

"I don't think I've won a bike race since I became a Kenny and thought maybe I shouldn't have changed my name! Maybe Trott (her maiden name) was the lucky name."

Few endurance riders can live with Kenny at her best, not just because of her enormous engine, but the tactical nous she always brings to bunch races.

Archibald, who won the team pursuit in Rio with Kenny, alternated superbly with her partner in the 120-lap race in which riders hand-sling their partner into the fray.

The plan was to attack early and they seized the initiative by taking the first of 12 sprints.

They won nine of the next 11 too and even if the race was six days long, as it was when it was invented in New York in the late 19th Century, no one would have got near them.

"With Katie I feel like I'm racing with a sister," Kenny said. "I looked up and we had 60 laps to go and I thought I've not even touched the pedals!"

She will be back on the pedals in Sunday's omnium when she could match her husband's joint-record six Olympic golds.

"It's not about the records, it's about the race, I' just so happy that we won the bike race," she said. 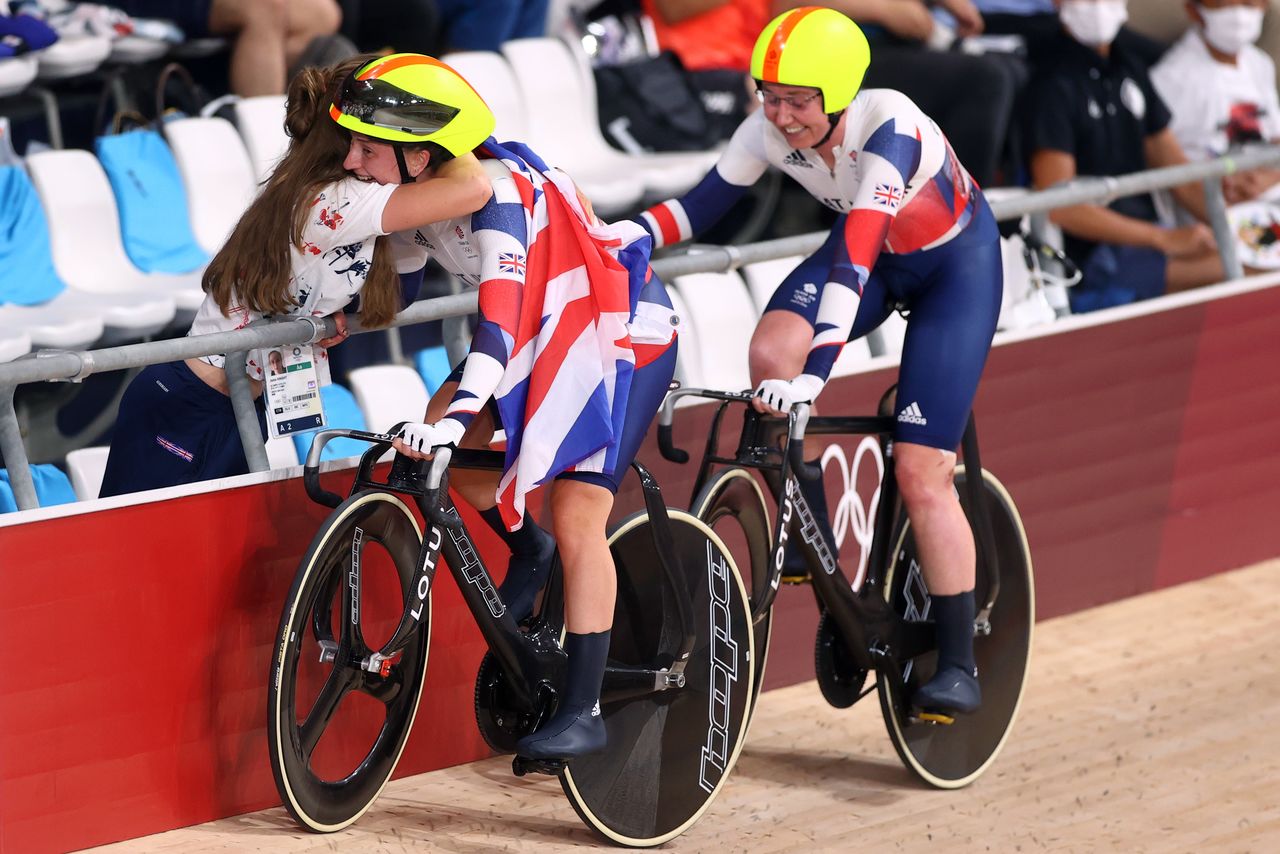 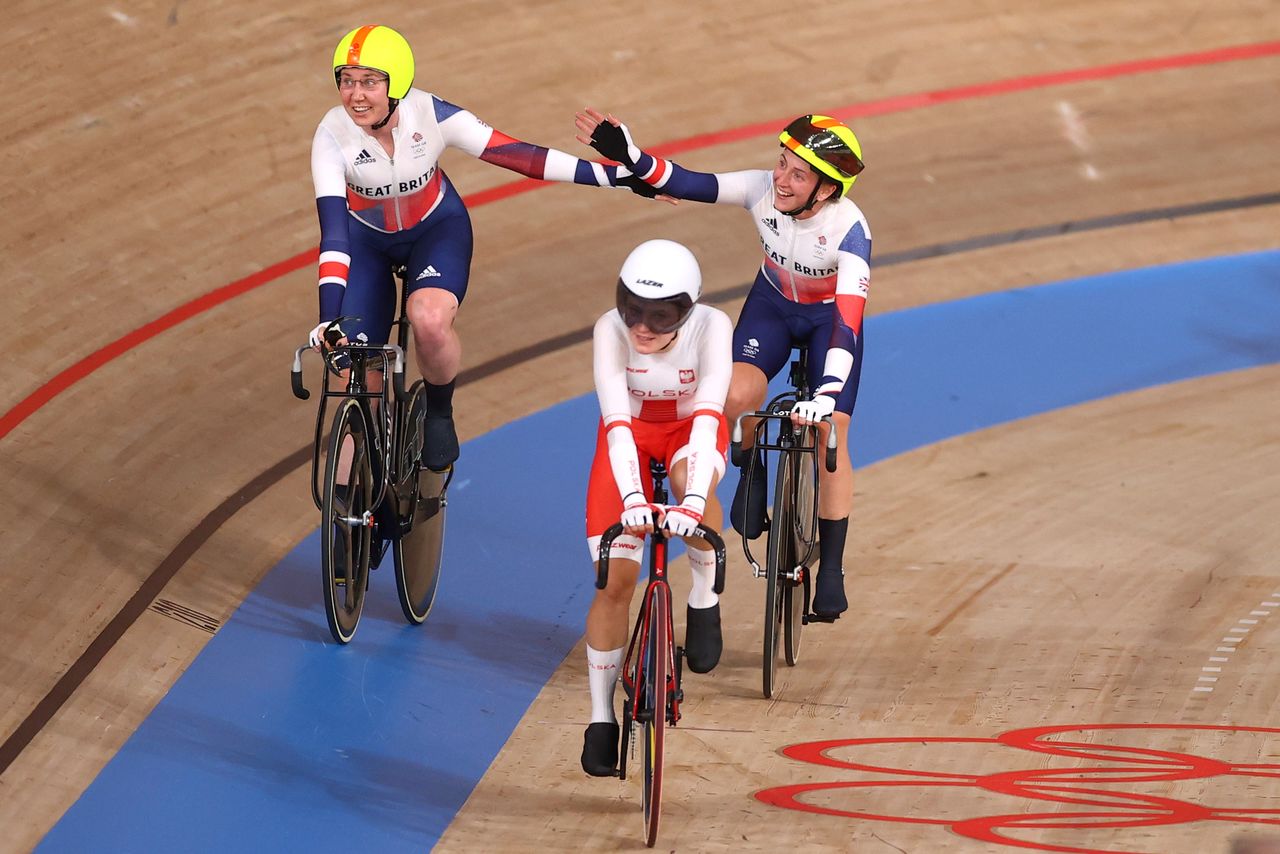 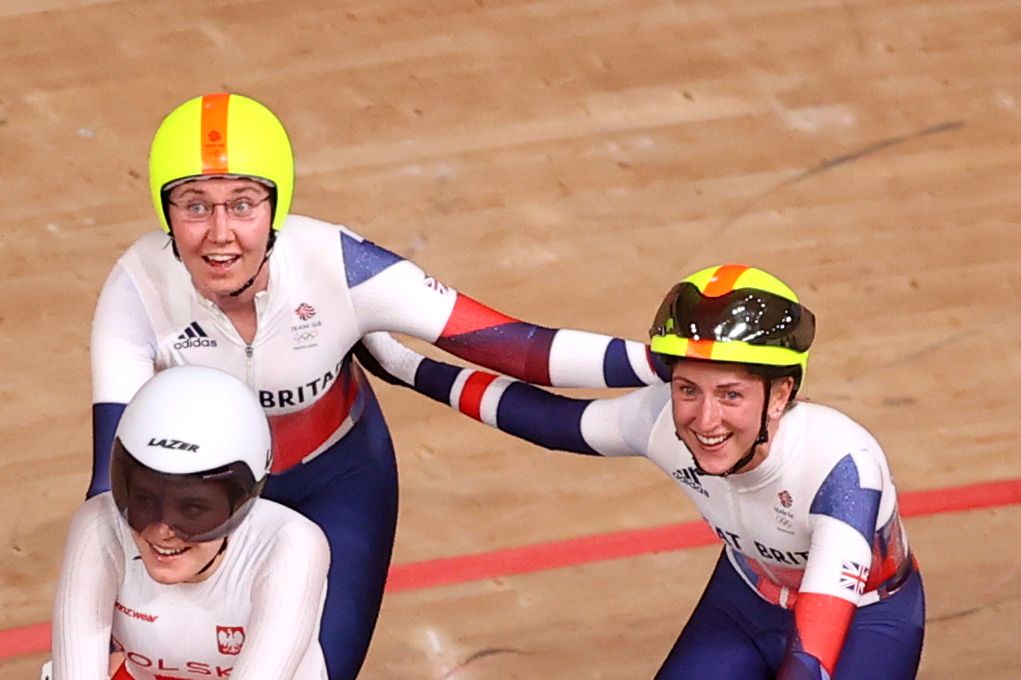