By Karolos Grohmann and Martin Petty

As they came close to wilting in the heat, be it actual or metaphorical, Filippo Tortu simply took the breath away with a stunning anchor leg in the men's 4x100 metres relay to bring Italy an unprecedented fifth Olympic track and field gold.

Team USA claimed the women's beach volleyball gold for the birthplace of the sport, as did Japan for karate, and Laura Kenny became the most decorated female Olympic cyclist in history with a fifth gold, destroying the field in the first women's madison event https://www.reuters.com/lifestyle/sports/cycling-kenny-wins-fifth-gold-britain-win-womens-madison-2021-08-06 at an Olympics.

Away from the track and the tatami mat, Belarus's athletics head coach Yuri Moisevich and team official Artur Shumak were told to leave the Olympic village, days after ordering Tsimanouskaya to go to the airport against her will.

In a saga reminiscent of Cold War sporting defections https://www.reuters.com/lifestyle/sports/major-defections-sport-2021-08-05, Tsimanouskaya refused to board the Sunday flight home and sought police protection before fleeing to Poland, where she was offered a humanitarian visa and was reunited with her husband on Thursday.

She told Reuters the two officials had said the order to send her home came from "high up" https://www.reuters.com/world/europe/exclusive-belarusian-sprinter-decided-defect-way-airport-family-fears-about-2021-08-05 in Belarus.

The 24-year-old's case threatens to further isolate Belarusian President Alexander Lukashenko, who is under Western sanctions after a crackdown on opponents since last year and whose son heads the country's Olympic Committee.

Back in Tokyo, Tortu beat Britain's Nethaneel Mitchell-Blake across the line by a whisker to cap an unforgettable few days for Italy, while Kenya's Faith Kipyegon retained her women's 1,500 metre title https://www.reuters.com/lifestyle/sports/athletics-kenyas-kipyegon-retains-1500m-gold-ends-hassans-treble-dream-2021-08-06, destroying Dutchwoman Sifan Hassan's bid for an unprecedented Olympic treble.

In the boxing ring, gold https://www.reuters.com/lifestyle/sports/boxing-briton-price-gets-shot-middleweight-gold-after-last-gasp-fightback-2021-08-06 went to a dominant Cuba as Julio la Cruz outclassed Russian world heavyweight champion Muslim Gadzhimagomedov to win his second Olympic title and his country's third gold of the five awarded so far.

Sapporo in the far north was chosen for the 50km race walk for some respite from the heat of the capital, but Dawid Tomala of Poland had to fight Tokyo-level temperatures to take gold with a dominant second half.

Tomala, 31, switched this year from the 20km because he was "bored and needed new challenges", he said. "It's the second 50 in my life and a gold medal is crazy, right?"

More on the walkers' minds than heat, perhaps, was anger that the event may have been its last - it has been dropped from the Paris 2024 https://www.reuters.com/lifestyle/sports/athletics-walkers-slam-decision-scrap-50km-race-2021-08-06 Games because there is no equivalent race for women.

Enduring temperatures of up to 45°C (113°F) on the shadeless sand at Shiokaze Park, April Ross and Alix Klineman from the United States won the women's beach volleyball https://www.reuters.com/article/olympics-2020-vbv/olympics-beach-volleyball-golden-us-duo-await-music-passes-to-wrap-their-fairy-tale-idUSL1N2PD0DK. They regained the gold for the sport's birthplace for the first time in nine years.

President Joe Biden congratulated Team USA, offering to host "all of you at the White House when you get home."

A native of karate's birthplace https://www.reuters.com/article/olympics-2020-kte/olympics-karate-okinawa-native-kiyuna-mesmerises-in-mens-kata-contest-idUSL4N2PC2YL, Ryo Kiyuna from Japan's Okinawa, grabbed the gold in his sport, after his air-splitting punch, sharpness and precision on the tatami drew gasps in the kata event at Tokyo's Nippon Budokan, the spiritual home of Japanese traditional martial arts.

In addition to international politics, the Olympics that end on Sunday have highlighted mental health, transgender rights and equality - including even the clothes that women athletes wear https://www.reuters.com/business/sustainable-business/unitards-period-proof-tights-brands-embrace-womens-sportswear-revolution-2021-08-05, from mandated skimpy bikinis for beach handball players to gymnasts being allowed to wear what they choose.

The Olympics were supposed to showcase Japan's growing ethnic diversity https://www.reuters.com/lifestyle/sports/olympics-multicultural-olympic-team-shows-japans-diversity-growing-pains-2021-08-06, but the Games have dragged into the international spotlight a domestic debate about whether the country can be both multicultural and Japanese.

Judo gold medallist Aaron Wolf, NBA basketballer Rui Hachimura and tennis superstar Naomi Osaka - with fathers from the United States, Benin and Haiti, respectively - are playing for their mother country in a team that would have been unthinkably diverse a few decades ago.

But like many countries, Japan still has much to do. 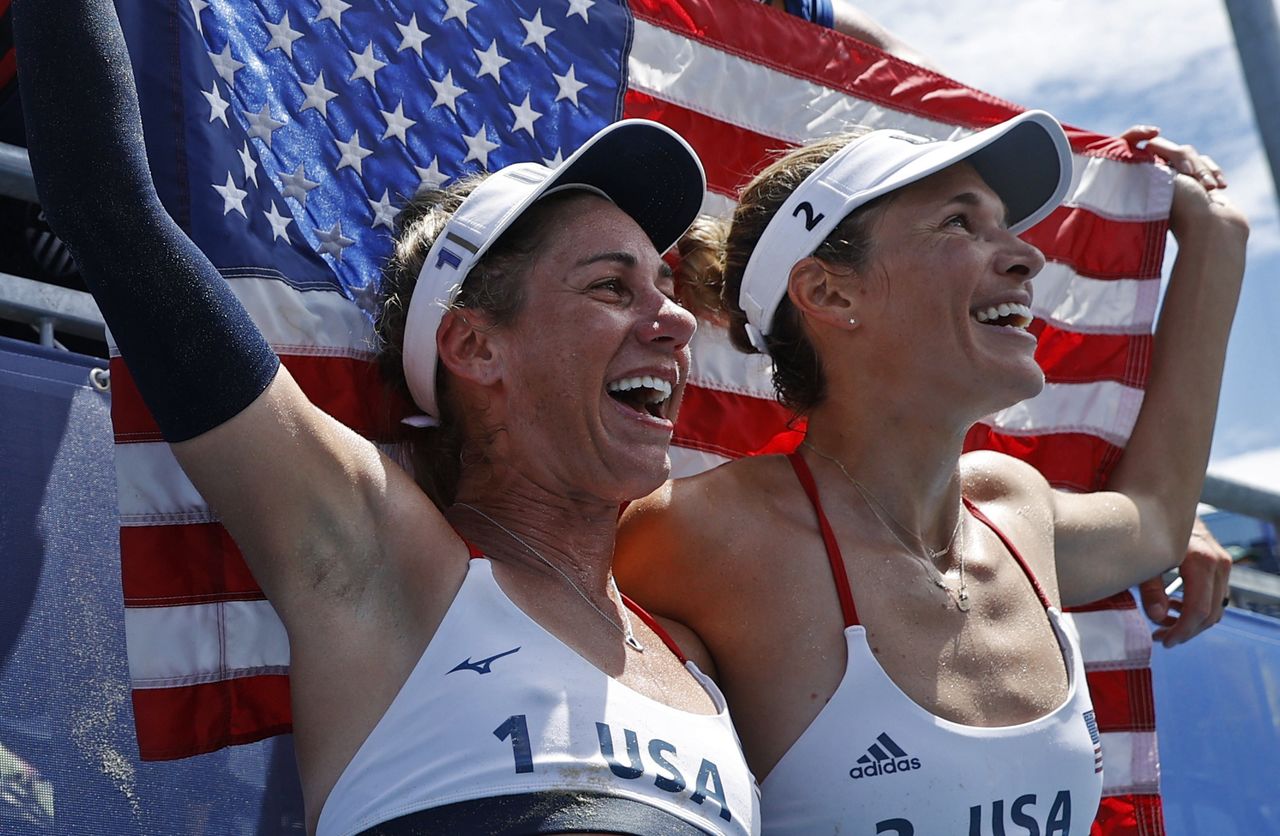 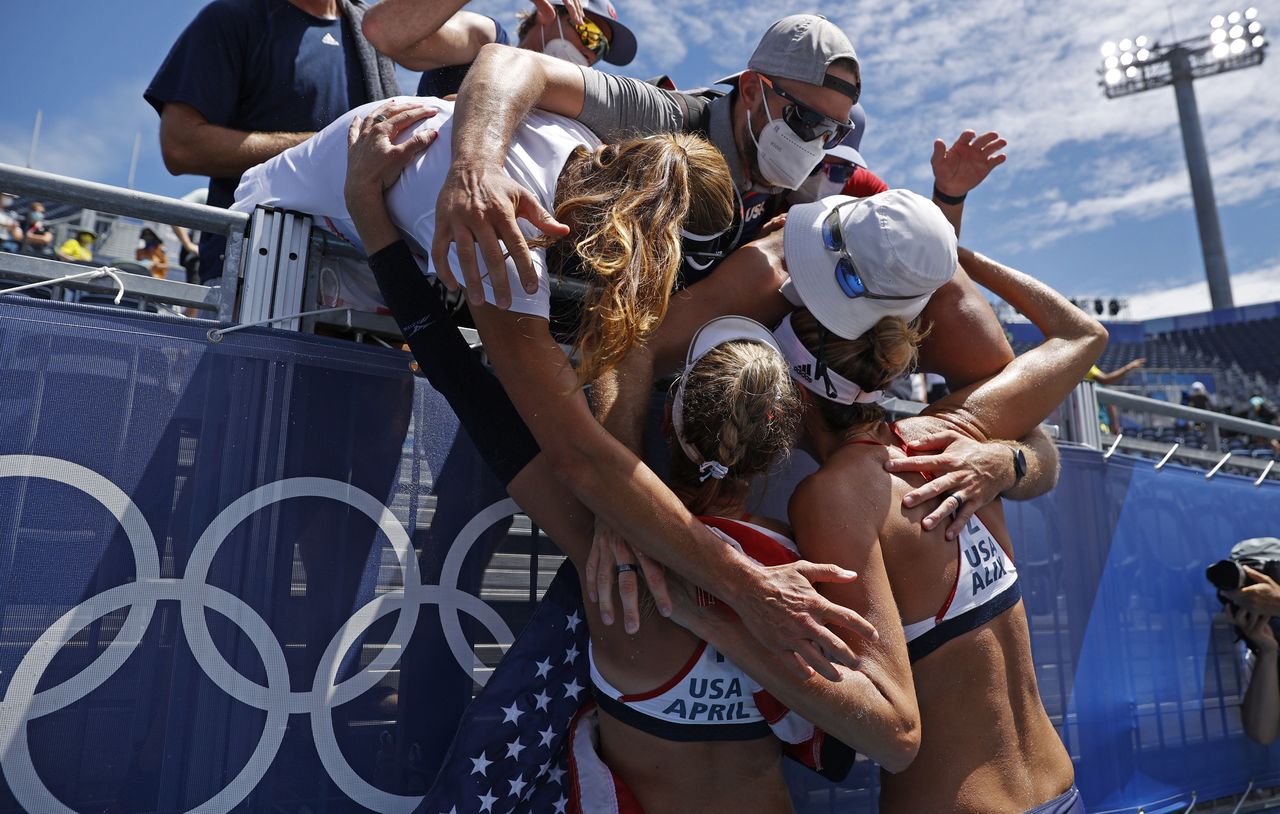 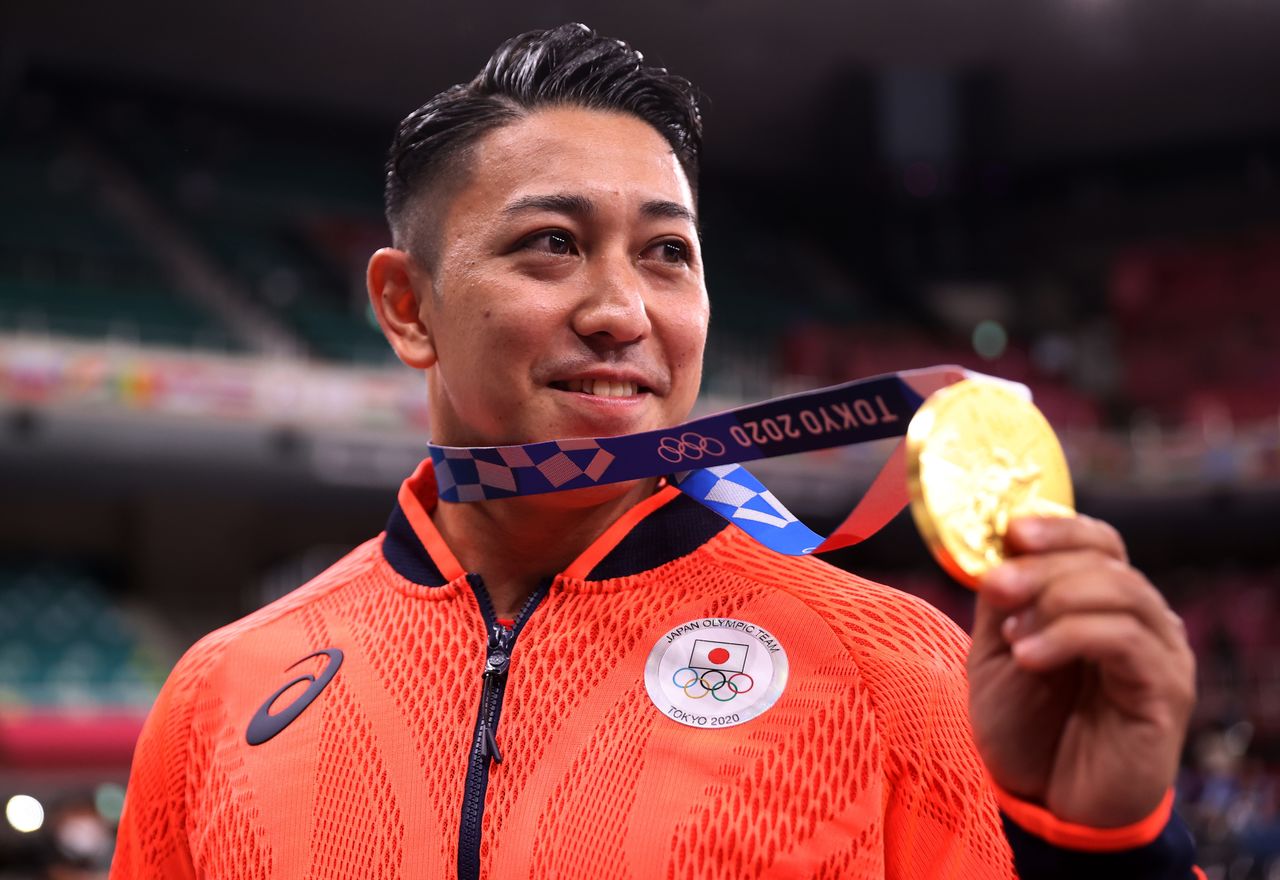 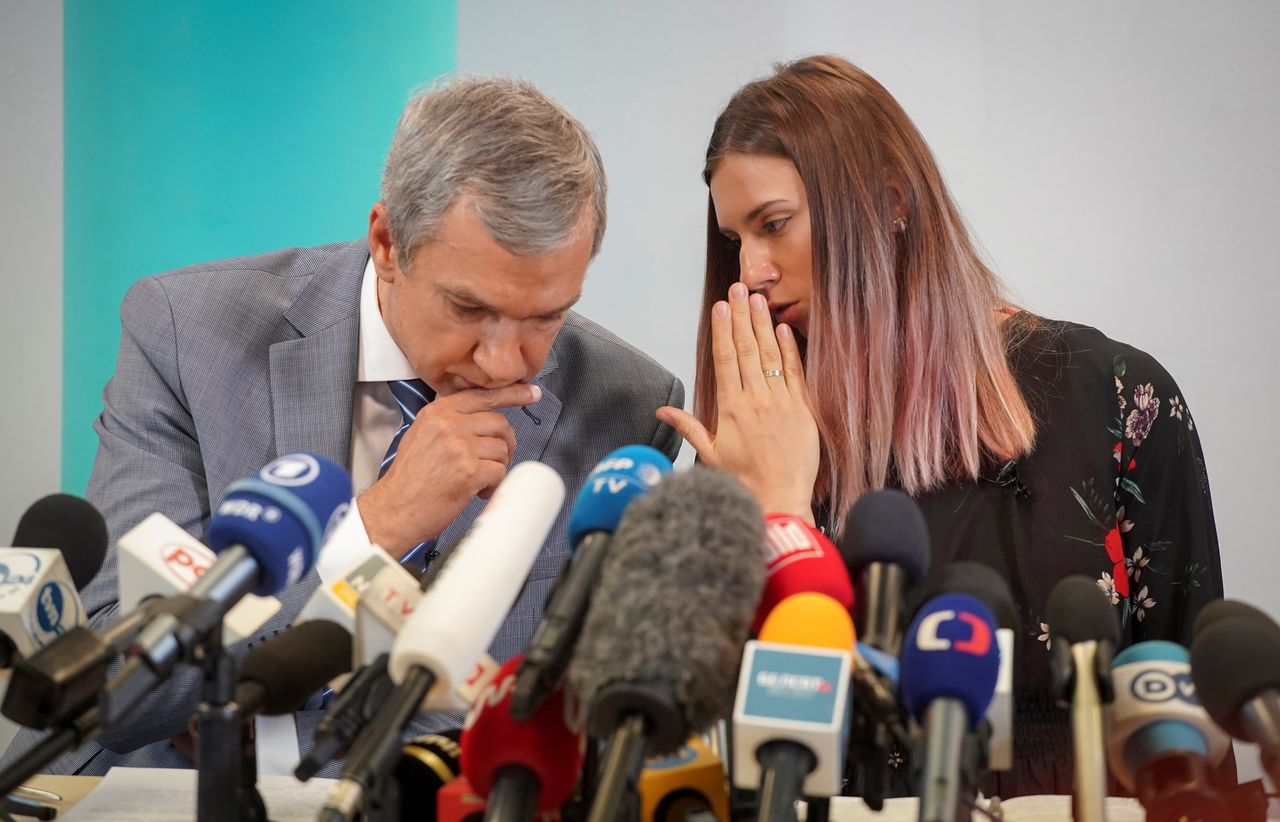 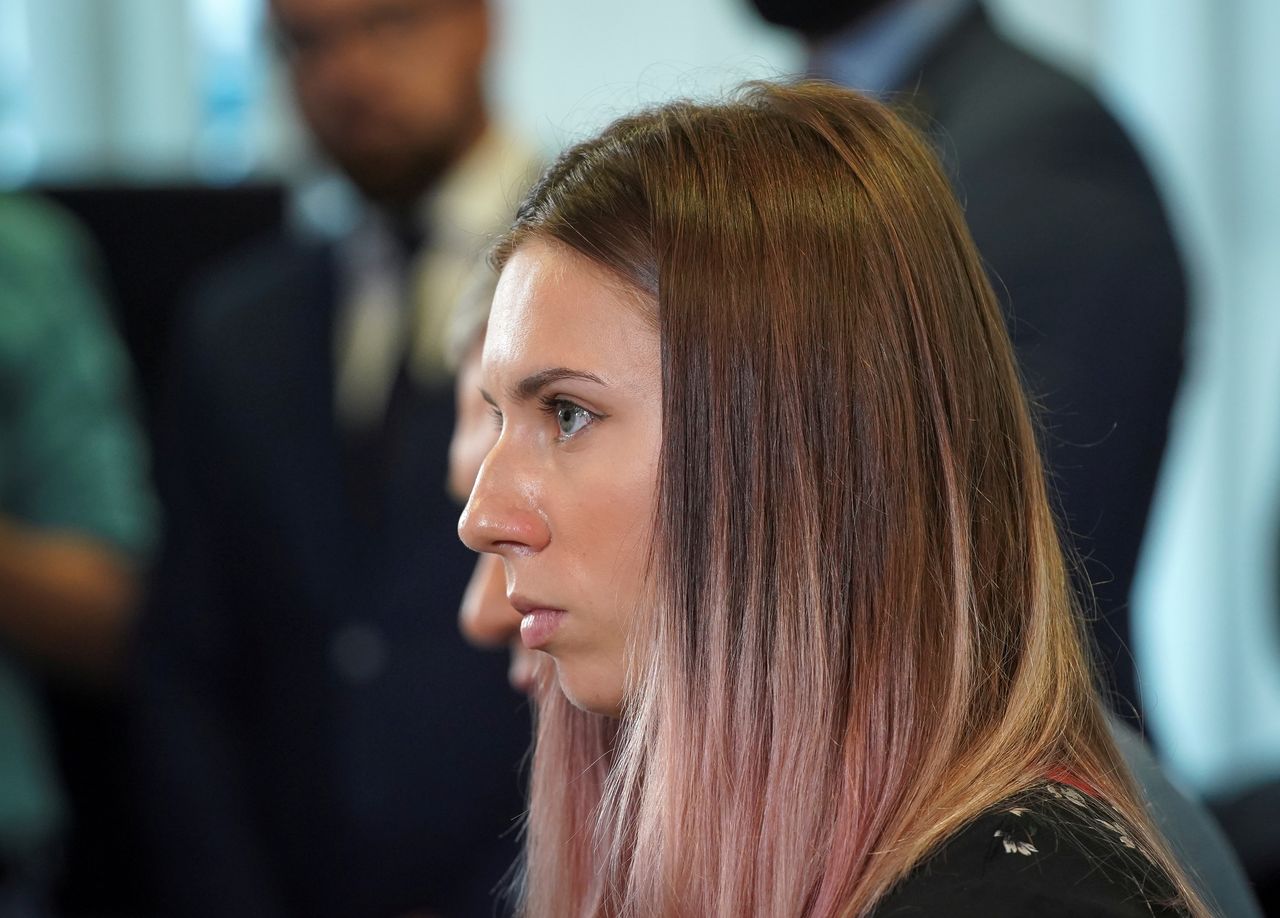