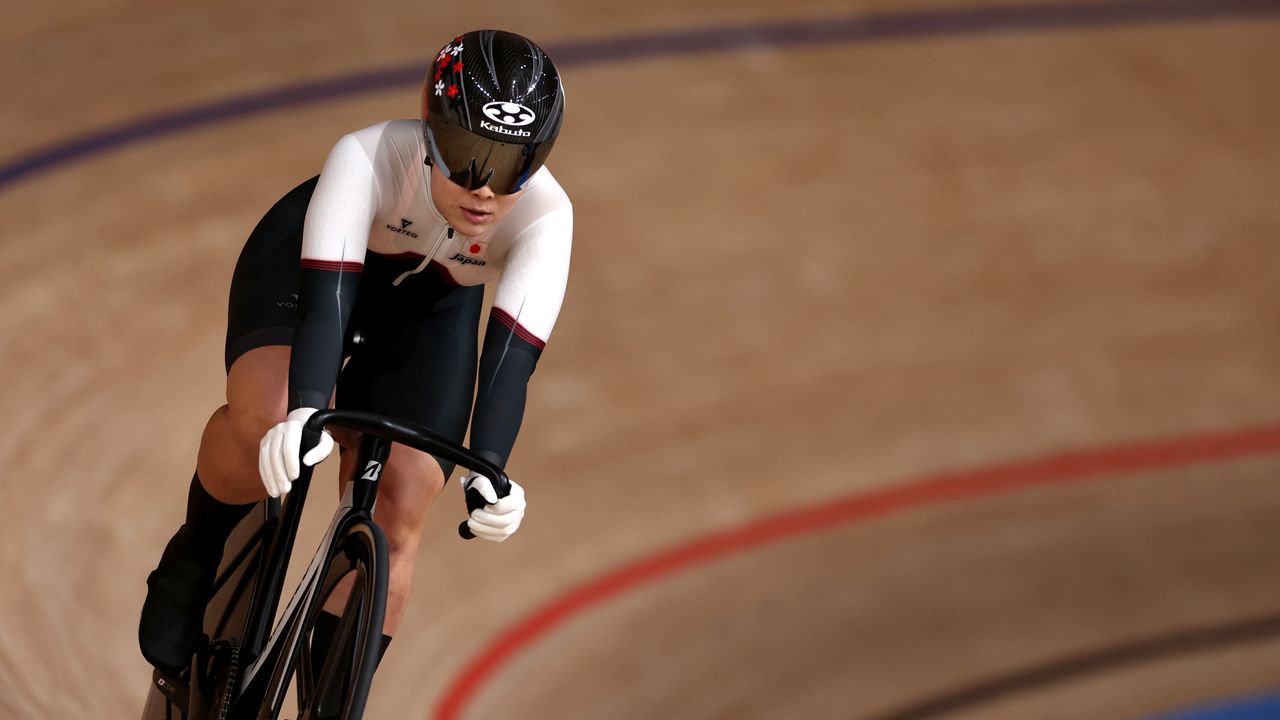 IZU, Japan (Reuters) - Yuka Kobayashi broke new ground this week when she became the first female Japanese rider to compete at the Olympics in a keirin -- a cycling race ingrained in the country's culture.

The 27-year-old was taking part in the women's event at the Izu Velodrome and delighted the home crowd on Wednesday as she powered into the quarter-finals.

The race in which riders are paced behind a motorised derny, or as is the case at these Games an electric bike, before a frantic sprint is unfamiliar to much of the world with the Olympics being the only time it gets a global platform.

Yet in Japan, keirin racing, which developed after the Second World War, is a $10 billion gambling industry, one of five sports it is legal to bet on - the others being motorbike racing, horse racing, powerboats and football.

There are about 50 keirin velodromes around the country, which on race days attract mainly middle-aged men to bet on the races, although many opt to watch from home or in betting shops.

Participants must attend the Japan Bicycle Racing School -- a military-like existence featuring early starts, punishing fitness routines, strict diets and the study of all aspects of keirin racing from strategy to bike mechanics.

Only around 10% make the grade but those who do can earn more than $1 million a year in prize money.

Keirin joined cycling governing body the UCI's world championships programme in 1980 although a women's event did not feature until 2002.

Yet, despite its massive appeal in Japan, the country has only enjoyed one medal in the discipline, Kiyofumi Nagai's bronze in the 2008 Beijing Olympics.

For many in Japan, the idea of keirin as an Olympic sport is an odd fit.

But he says keirin still has something of an image problem which hopefully a good showing at the Tokyo Olympics could help to change.

In an interview with website More Cadence he said keirin usually only makes the news when "something goes wrong."

"Even after becoming a champion, I sometimes felt that the industry I belonged to was not recognised by the public," he said.

Hoy, who won gold in the event at the 2008 and 2012 Olympics, gained a deep affection for the sport while in Japan.

"I loved the keirin, such an exciting event to watch and even more exciting to compete in." Hoy told Reuters ahead of the Tokyo Games.

"It's incredibly nerve wracking though as there are so many variables involved, which is why it's a hit with fans and also why it's a gambling sport. I'd love to see the Japanese do well in it, I think we could well see one of them on the podium."

Kobayashi, a professional keirin rider, was unable to make her dream of a medal a reality as she failed to reach the semi-finals and was brutally honest about why.

"I've been doing everything just to win in Tokyo 2020 so I won't want excuses. It would have been different if I had more guts," Kobayashi said, hiding her tears behind her face mask.

"It's not just being optimistic but realistic to bring the medal in Tokyo. We are strong enough to make it," Benoit Vetu, the national team head coach told Reuters ahead of the Games.

There is still a chance for Japan to own 'their' event.

Yuta Wakimoto begins on Saturday in the men's competition and, after falling short in the sprint, said he will pour his soul into the keirin. Yudai Nitta, who Vetu said could be stronger than the Dutch, will also take part in the race.

"My fight is not over yet," Wakimoto, the world silver medallist, said.