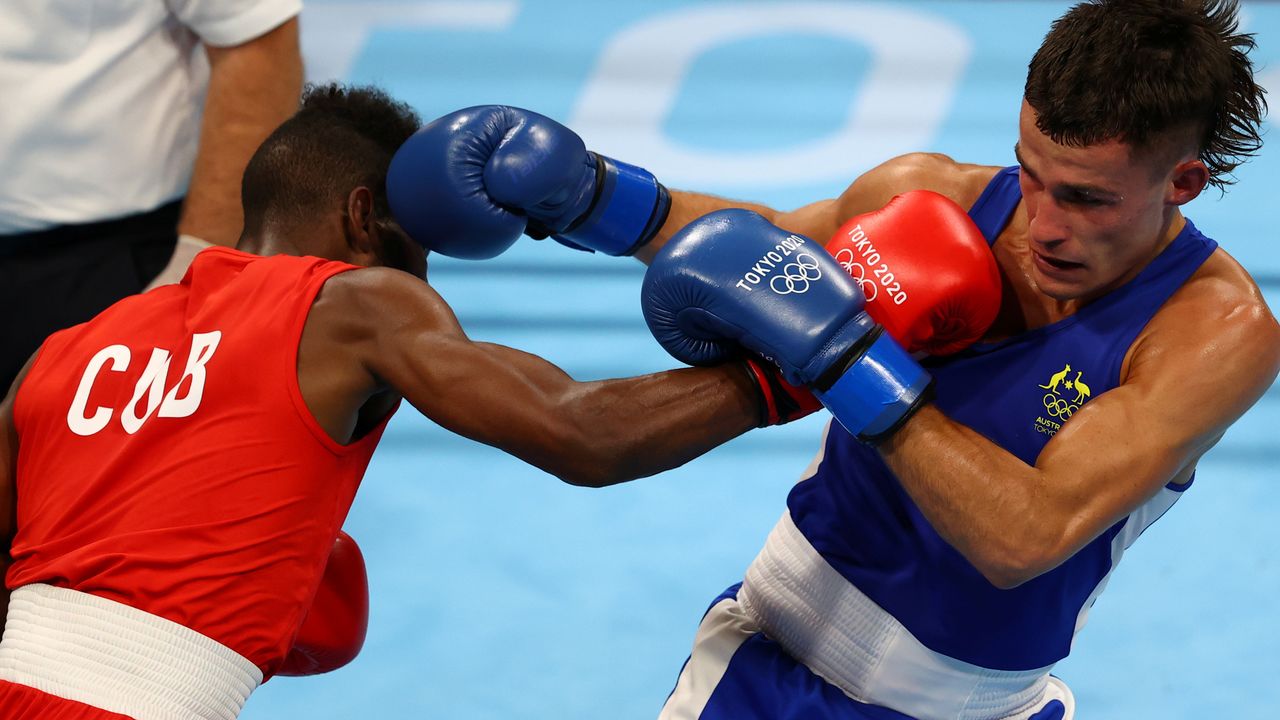 TOKYO (Reuters) - Lightweight Harry Garside has taken unorthodox boxing to a whole new level at the Tokyo Olympics, crediting ballet for his stunning run in the ring that saw him land Australia's first boxing medal in 33 years.

The tattoo-clad plumber from suburban Melbourne said ballet was not just a training method for fast footwork and balance, but a passion he plans to pursue once he hangs up his gloves.

"Ballet is fantastic," he said after his lightweight semi-final defeat in Tokyo left him with a bronze medal.

"It's a great challenge because there's so many similarities between that and boxing - the transfer of the weight, the technique, the structure, there's the discipline.

"I really enjoy it and one day I'll do a performance, I'm just not good enough yet."

On Friday, he took the fight to twice world champion Andy Cruz of Cuba, flashing his quick footwork throughout and going for broke from the start.

Cruz kept him on his toes though, despite Garside continuing his onslaught and never fading, as the Cuban's precision and composure won the day.

Garside, 24, has his sights set on the Paris and Brisbane Games and brings a fresh approach to a sport celebrated for its gladiatorial beginnings, and for decades championed as the most masculine of Olympic disciplines.

He also counts karaoke as a hobby and has fought in Tokyo with painted fingernails.

Garside said his success comes from being comfortable as himself.

"Something I struggled with when I was younger was self-love," he said. "I always felt like I wasn't good enough. And that's half the reason why I'm here - to try and prove to myself that I am good enough.

"I'm just learning to love myself for who I am and that means expressing myself a little bit different to everyone else. I don't mind."

His ballet took a lot of people by surprise back home.

"Everyone's raising their eyebrows, especially my Dad, he's like, 'What are you starting ballet for?'"

"But I love it and they know that I'm pretty different. I'll well and truly do this after boxing."