KAWAGOE, Japan (Reuters) - In 1995, Nobuko Hirayama inherited her father's membership at one of Japan's most exclusive country clubs. It took another 23 years and a looming Olympics before she could play golf there on Sundays, however.

Today, Hirayama is one of just a dozen woman among the 1,200 full members at the Kasumigaseki Country Club just outside Tokyo, the venue for men and women's golf at this year's Games.

The 92-year-old club, where then Prime Minister Shinzo Abe played with former U.S. President Donald Trump on its rolling fairways in 2017, is long a province of the elite.

When Hirayama inherited her father's membership, women weren't allowed to be full members, so she was made a "weekday" member, barring her from playing on Sundays.

Under pressure from Olympics organisers and after a public outcry, the club changed its rules and in 2018 admitted three women as full members, Hirayama among them. Around 200 women are associate members, either relatives of men who are members of "weekday" members themselves.

"I never felt that I was discriminated against or anything like that," Hirayama, who is also a board member of the International Golf Federation and the Japan Golf Association, told Reuters on the sidelines of the Olympic golf.

It was "nothing special" to be able to play any day of the week, she said, adding that she nonetheless enjoyed it.

Membership has only ever been open through "friendship" with existing members, said Masao Koshi, the director of public relations at the country club. He declined to say how much it cost.

Applicants need two members as guarantors, a criminal background check, and they are required to play a round of golf with club executives.

"It's not about how well you golf, but about your manners and personality," Koshi said.

The club's dress code dictates that women's skirts or shorts should be no more than 5 centimetres (2 inches) above their knees. Men in shorts are required to wear long socks to cover their legs.

Those rules aren't being enforced for Olympic play.

Japan's Mone Inami who moved into medal contention in women's golf on Friday, said she had not felt a gender disparity in golf, given the broad interest in the sport.

"In Japan, women's golf is pretty popular," she said, adding that women's tournaments were as popular as men's.

Hirayama said while traditional and exclusive golf clubs like Kasumigaseki had stiff rules, they would eventually change because of the generational shift among Japanese.

The Sakuragaoka Country Club, a well-known private golf club in Tokyo, recently said it would start to accept unmarried women as members, removing a clause that only women married to members could join.

Hirayama said she wants to work with golf clubs and driving ranges to host more events for women, such as lessons.

"It is changing," Hirayama said. "I think the golf industry in Japan realises that and many golf courses are trying to open up and they think about accessibility more and more." 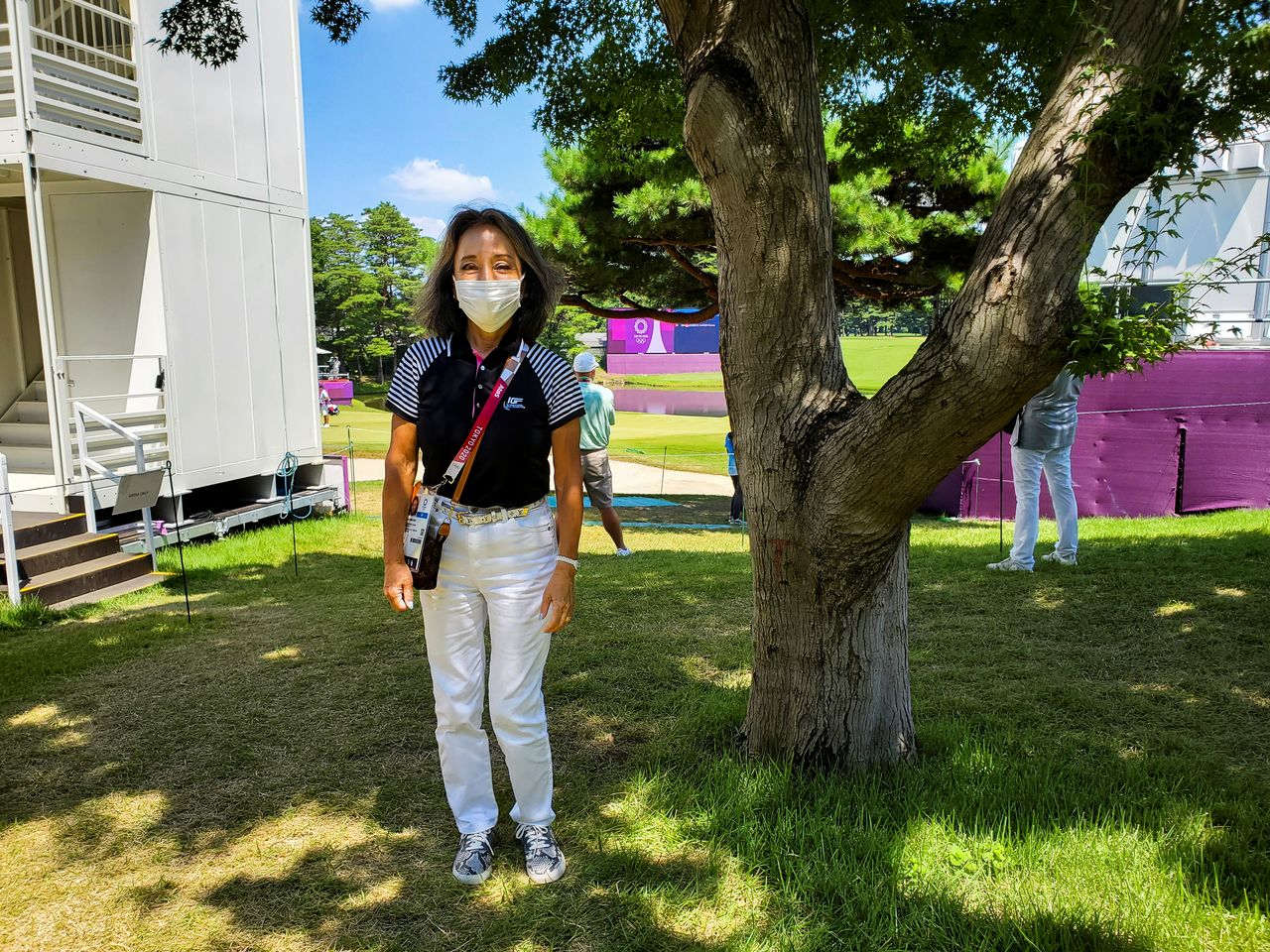 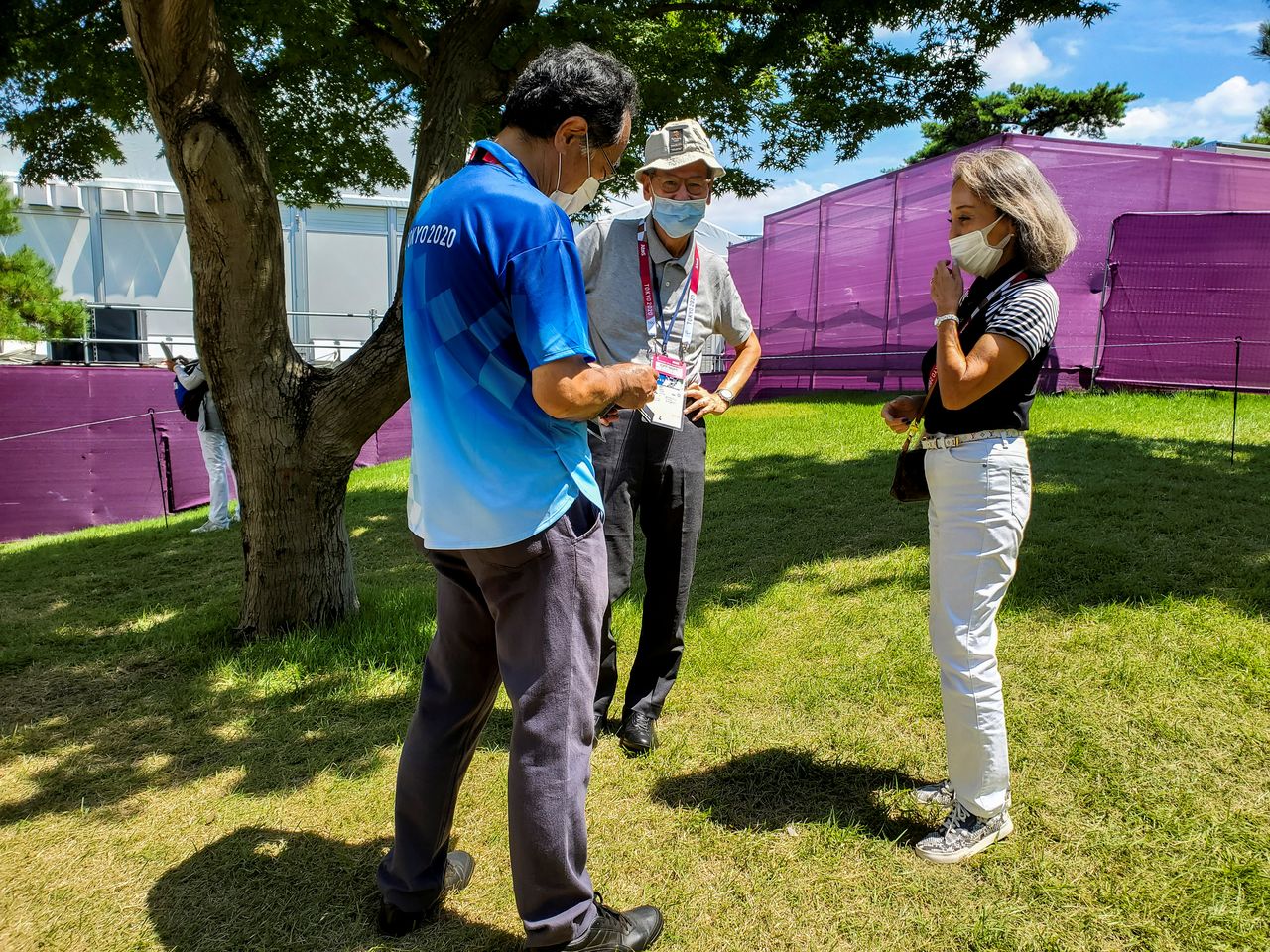 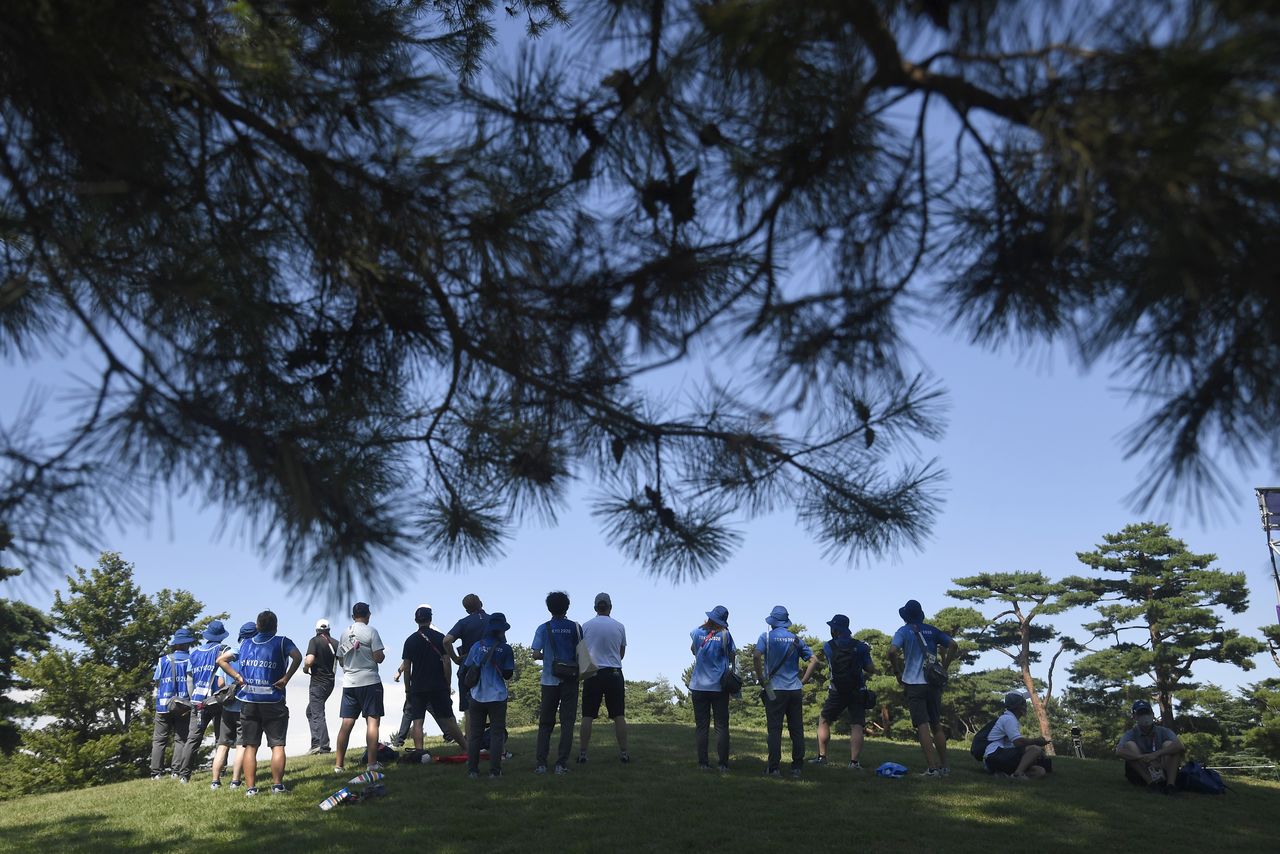 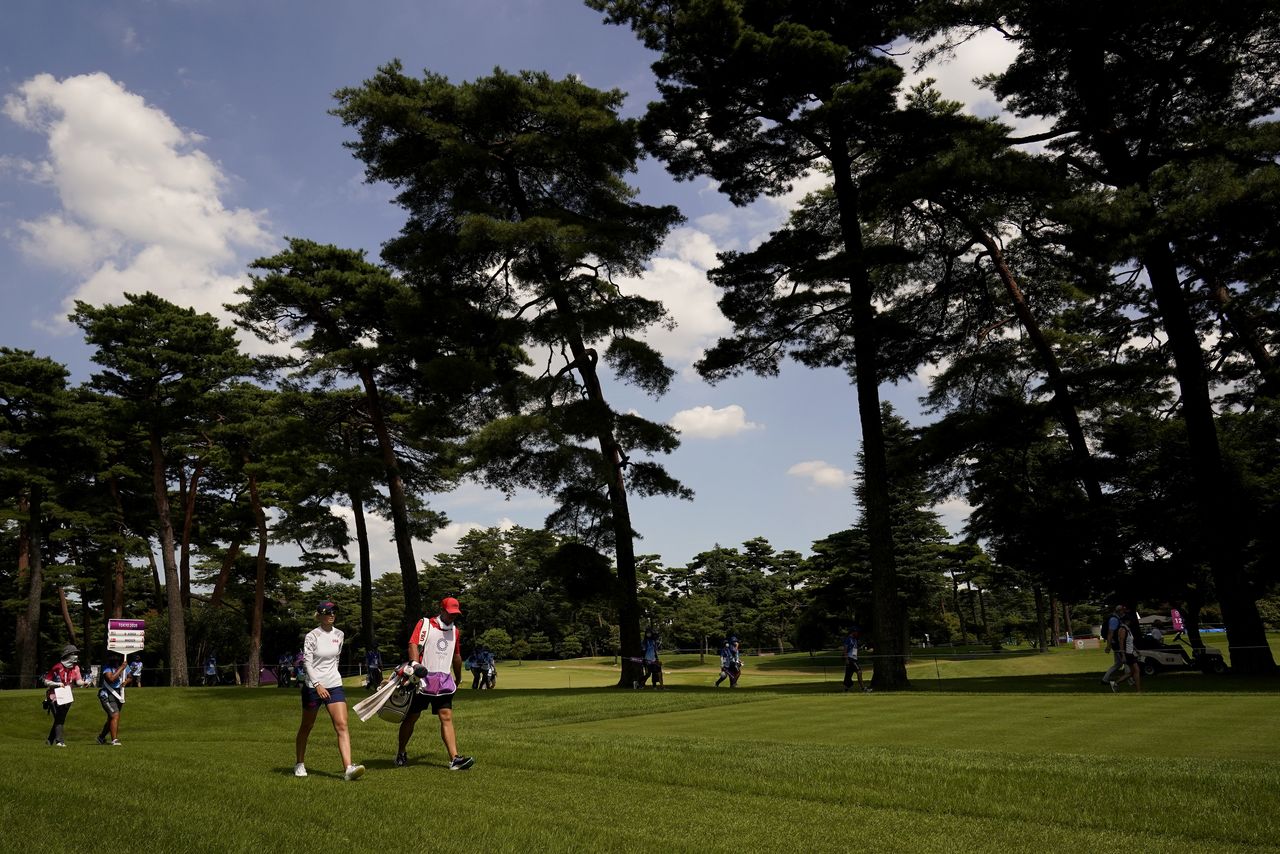 Aug 6, 2021; Tokyo, Japan; Nelly Korda (USA) walks down the 18th fairway with her caddy during the third round of the women's individual stroke play of the Tokyo 2020 Olympic Summer Games at Kasumigaseki Country Club. Mandatory Credit: Michael Madrid-USA TODAY Sports