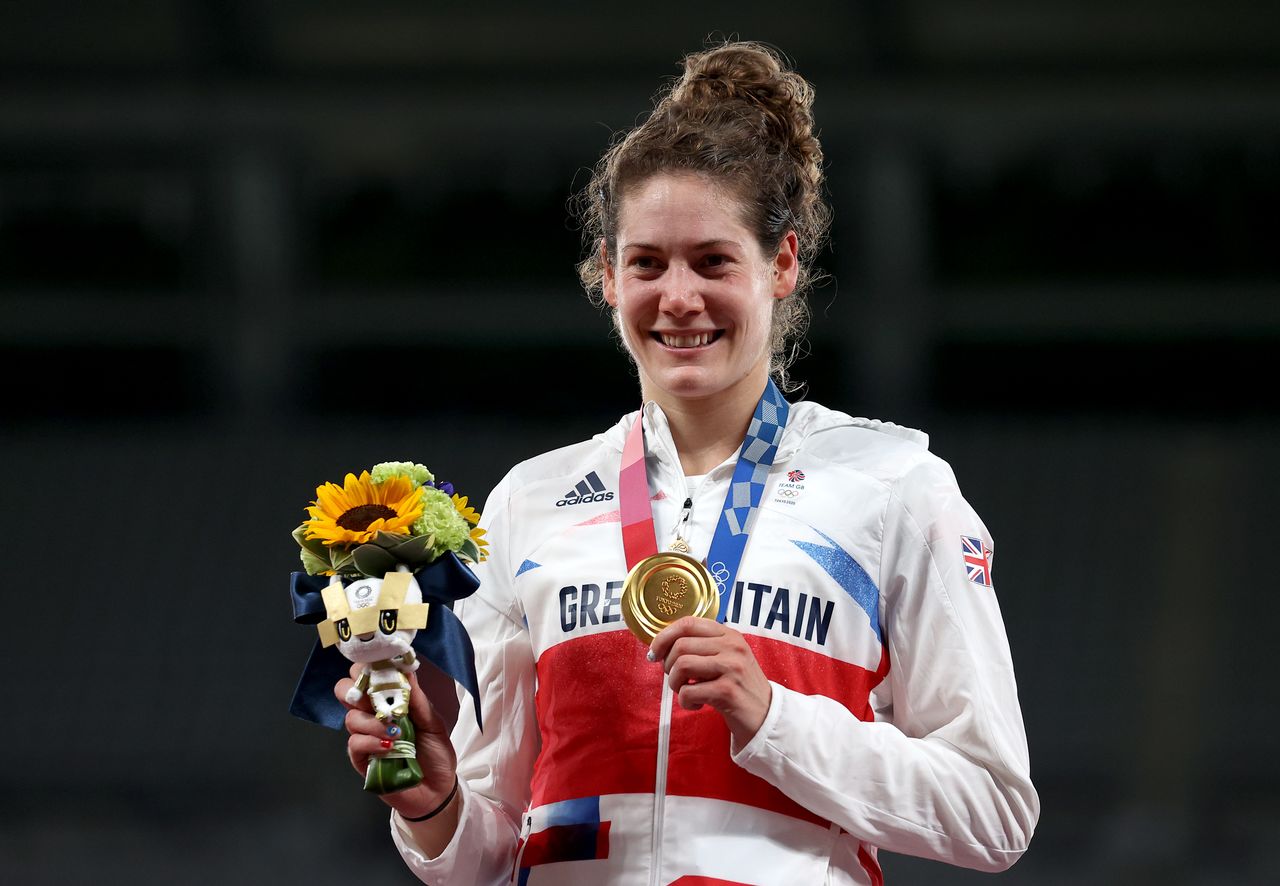 TOKYO (Reuters) -Sharp-shooting Kate French ran away with the women's Olympic pentathlon gold medal on Friday, returning Britain to the podium after being shut out of the medals for the first time ever in the event at the Rio 2016 Games.

The victory also marked the first time Britain had taken top spot since Stephanie Cook's win at the 2000 Sydney Games when women's pentathlon became part of the Olympic programme.

A medal was sweet redemption for French, who finished fifth at the Rio Games and shouldered the responsibility for having Britain's medal run in modern pentathlon come to end.

"I'm just so pleased I was able to do it especially because I was there in Rio when we kind of broke the medal chain of British women winning Olympic medals," said French. "I'm happy we were able to get it back on track.

"The British women have been so, so successful in the past, it was in the back of my head in Rio, you want to keep it going.

"To be in Rio and not get a podium I couldn't be happier to be on the podium at this Olympics."

Sitting fifth after three events, 15 seconds behind the Russian Olympic Committee's Uliana Batashova going into the final laser run, French ate up the deficit before reaching the shooting range for the second time and then pulled away from the field for an unchallenged win 15 seconds clear.

In the laser run, athletes complete four laps of an 800 metres circuit with four shooting rounds where they must hit a target five times before returning to the course.

If French had a storming run for the gold, 2012 Olympic champion Laura Asadauskaite's surge from 52 seconds back to snatch silver will rank as one of the great efforts of the Tokyo Games, the Lithuanian crossing ahead of 2016 world champion Sarolta Kovacs of Hungary.

"I believe I can, push, push, I say Laura come on, come on," said Asadauskaite. "You can, you can, I believed today is may day, my chance."

Modelled on the skills of the ideal soldier, pentathlon is the only sport created especially for the modern Olympics, being introduced by Games founder Baron Pierre de Coubertin in Stockholm in 1912. It has remained relatively unchanged since.

In 1964, when the Games were last staged in Tokyo, modern pentathlon was held over five days but this time the 200m swim, fencing, equestrian show jumping, shooting and running events were crammed into one action-packed afternoon in Tokyo Stadium.

Competitors score points in the first three events (swim, fencing and show jumping), which are translated into times and decide their starting position for the final laser run.

The first athlete over the line wins the gold medal.