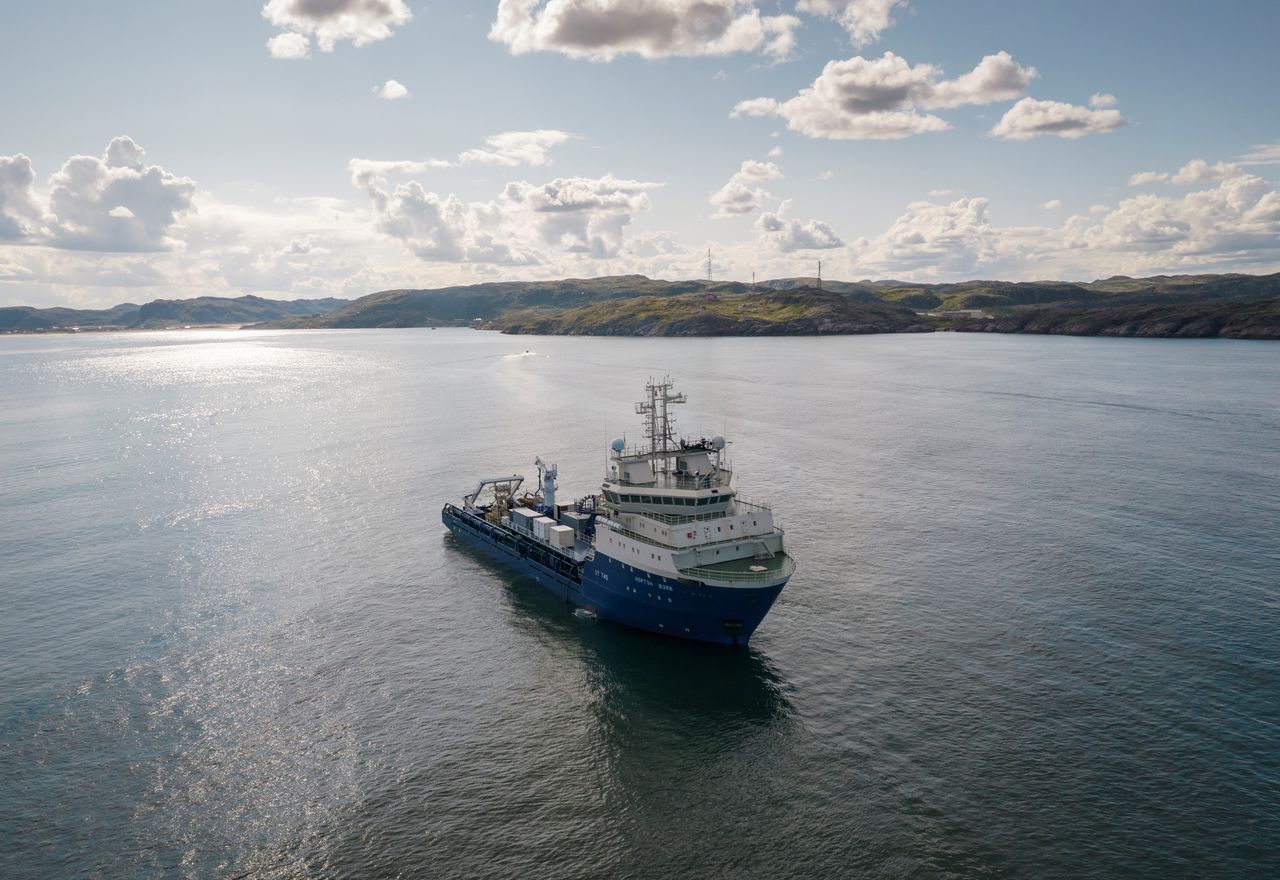 A vessel sails along a coast line as it lays undersea fiber optic communications cable near the village of Teriberka, on the Barents Sea, Russia August 6, 2021. REUTERS/Stringer

MURMANSK, Russia (Reuters) - Russia on Friday begins laying its first undersea fibre optic communications cable through the Arctic as part of a state-run project to bring high-speed internet to its remote hydrocarbon-rich north after a private-led initiative stalled.

Moscow is aiming to improve patchy communications and infrastructure in its far north where it has expanded its military presence and is developing the Northern Sea Route to become a major shipping lane.

The cable link, due to be completed in 2026, will pass 12,650 kilometres (7,860 miles) over Russia's long northern coast from the village of Teriberka, on the Barents Sea, to the far eastern port of Vladivostok.

Dubbed the "Polar Express", it will be operated by state-owned company Morsviazsputnik to supply stable internet in Arctic port towns as well as the Kamchatka peninsula and Sakhalin.

Alexei Strelchenko, head of the cable-manufacturing and laying company, said it will cost 65 billion roubles ($889 million) and be financed exclusively by the state.

The cable is manufactured in the Arctic city of Murmansk using Chinese optical fibre and Russian components, Strelchenko said. A vessel departed Murmansk on Thursday to begin laying it near Teriberka.

The project will require additional connecting cables to link to the global communications cable network for which foreign investment would be needed, said Andrey Kuropyatnikov, chief executive of Morsviazsputnik.

"That (will entail) partnership in terms of co-investment to expand the project to Europe and Asia. This is a separate commercial project," he told Reuters. Talks are being held with companies in Asia, Europe and the United States, he said.

A separate private-run cable project, led by Russian telecoms operator Megafon with Finnish infrastructure operator Cinia, was halted in May. The $1 billion "Arctic Connect" project for a cable linking Helsinki to Tokyo across Russia's north remains on hold.

A source familiar with the Polar Express project said Megafon quit due to competition with the state as well as technical difficulties that made the project unprofitable.

Another source familiar with Megafon's project said it had been unable to get Russian-state approval due to national security concerns.

Megafon told Reuters it had all the necessary state approval, but that it decided in May to review the "structure and economy" of its project, something that would take time.