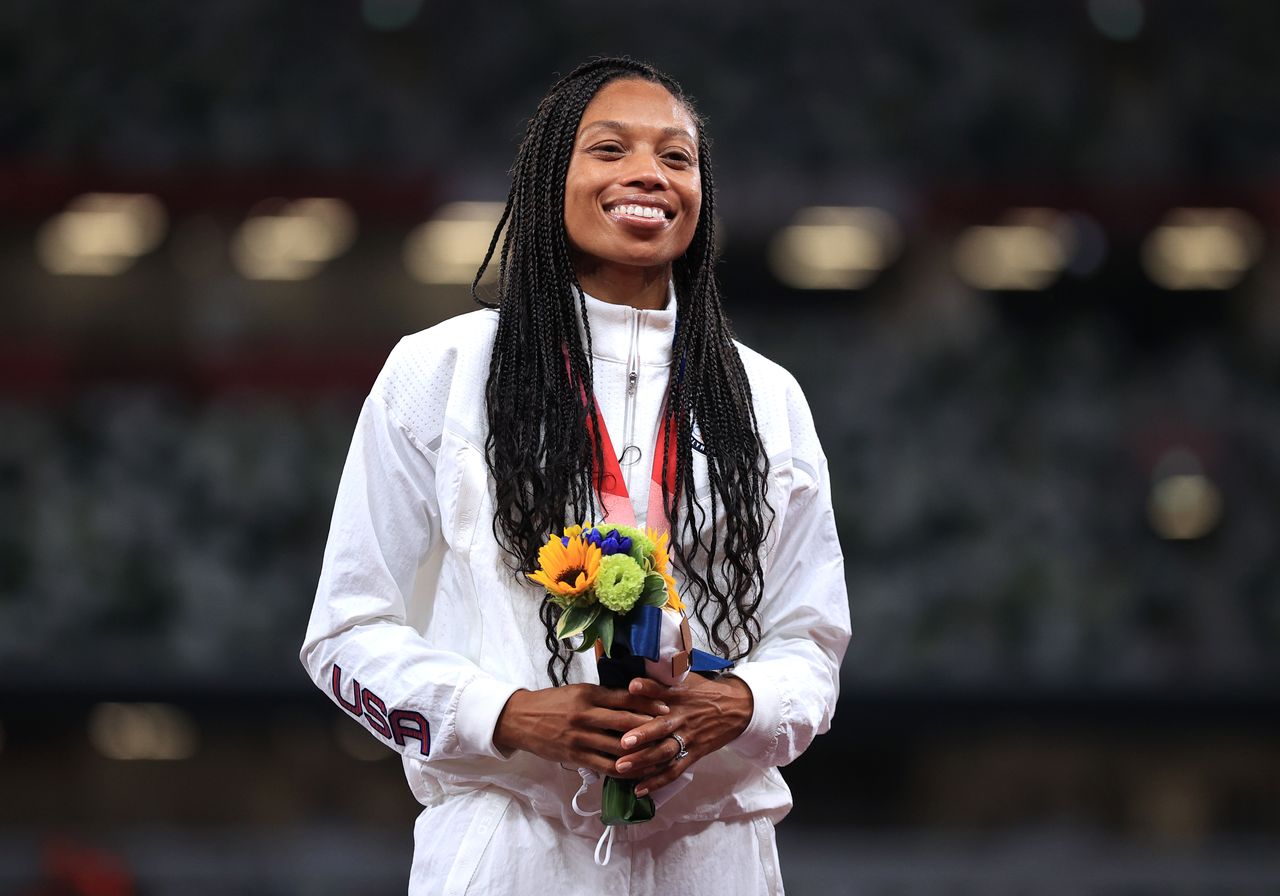 TOKYO (Reuters) - She may have one more race to go but American Allyson Felix has already clinched an Olympic sendoff worthy of her astonishing career.

She won a record 10th Olympic medal on Friday after finishing third in the 400 metres, becoming the most decorated woman in track and field history as she surpassed Merlene Ottey in the all-time Olympic medal table in her final individual Olympic race.

"I’ve just tried to be more vulnerable and be more transparent this time around," the 35-year-old Felix said after the race. "Being an older athlete I think that’s something we don’t see as much. So I have been sharing some of my own struggles.

"I think a lot of times I tied my work to what happens at these championships and I didn’t want to do that this time around."

Widely expected to contend in Saturday's 4x400m relay final, Felix would break Carl Lewis' American medal record if she reaches the podium yet again at her fifth and final Games, a prospect Lewis appeared to welcome.

"Congratulations @allysonfelix," the retired track and field icon wrote on Twitter. "35 never looked so good. What an amazing career and inspiration. Now on to the relay."

Shaunae Miller-Uibo of the Bahamas claimed the top of the podium, winning the 400m in 48.36 seconds to retain her Olympic title, but Felix's achievement perhaps stole the show as she finished in 49.46, her fastest time in the event since 2015.

She is only the third track and field athlete to win a medal at five different Games, after starting her Olympic career as a teenager, winning silver in the 200m at Athens 2004.

"We can talk about the 10 Olympic medals but I’d rather talk about how this woman has inspired so many people to bet on themselves," Carmelita Jeter, her team mate on their 2012 gold medal winning 4x100 metre relay team, wrote on Twitter.

"She said I’m great and I know it let me show you."

Tianna Bartoletta, her team mate on both the 2012 and 2016 relay teams, added to the praise.

"I woke up early to witness this. From being afraid of her in high school, to lining up next to her in the Olympics, to running with her on our 4x1 relays," she wrote on Twitter. "I’m now simply in awe of her. Amazing."

With six Olympic gold medals and 13 world titles to her name, Felix's resilience extends far beyond the track: she gave birth to her daughter, Camryn, via an emergency C-section in 2018 after medical complications required the baby to be born at 32 weeks.

She said the "biggest thing" for her this year was not winning more medals but making the comeback at all.

"Sometimes it sounds like a cliche, but it honestly is more than just me running out there," said Felix.

"Earlier today I looked through some of the videos again of things that we had taped when I was in hospital with Cammie, and on the comeback trail - those really, really hard moments - and that’s what I tried to tap into."