TOKYO (Reuters) - Italy capped the most amazing week in their athletics history on Friday by winning a shock gold in the men's sprint relay, as Jamaica's women underlined their Tokyo dominance by romping home in theirs.

On a night when American Allyson Felix also became the most decorated track and field athlete in Olympic history and Dutchwoman Sifan Hassan's dream of an unprecedented Games treble disappeared, Uganda's Joshua Cheptegei wiped away his 10,000 metres disappointment with an impressive 5,000m win.

Kenya's Faith Kipyegon relegated Hassan to bronze in retaining her 1,500m title while Shaunae Miller-Uibo was another repeat winner in the women's 400m.

Italy, who had a night to remember when they lifted the individual 100 metres and men's high jump on Sunday, had already enjoyed a good start to the day when Antonella Palmisano won the women's 20km walk, her training partner Massimo Stano having taken the men's event on Thursday.

But that was a mere antipasto for an incredible main course of a 4x100m relay that demanded a full house instead of a few noisy team mates in the stands.

In the absence of the United States and with Jamaica fumbling their changeovers, Britain looked nailed on for victory with metres to go, only for Filippo Tortu to somehow surge past to take gold by one hundredth of a second.

With Lamont Marcell Jacobs, Italy's shock 100m champion, running second, the Italians set a national record of 37.50 as they won the event for the first time, having last reached the podium 73 years ago.

It took their athletics tally of golds this year to five - surpassing their previous best of three.

If that race was a surprise, the women's went to form as the three individual medallists in the 100 - Elaine Thompson-Herah, who now has all three available sprint golds at Tokyo - Shelly-Ann Fraser-Pryce and Shericka Jackson, along with Briana Williams, ran a national record 41.02 seconds.

They marked Jamaican independence day by finishing well clear of the United States and Britain.

Five years ago 400m champion Miller-Uibo literally dived across the line to pip Felix, but this time she was miles ahead after delivering her trademark second-half surge.

Marileidy Paulino of the Dominican Republic took silver but for once all eyes were on the battle for bronze, which Felix won to overtake Merlene Ottey as the most decorated female track and field Olympian with 10 medals.

She has also equalled fellow American Carl Lewis’s Olympic medal count and could add to it in Saturday's 4x400m relay final.

In the 1,500m, Kipyegon turned on the afterburners 300m out 500m and Hassan, looking tired after her gruelling week, was unable to respond as the Kenyan came home in an Olympic record 3:53.11 minutes.

Hassan, the 5,000m champion, could still double her gold tally in the 10,000 on Saturday but had to settle for bronze on Friday after Laura Muir blasted past her for a British record to take the silver.

Poland's Dawid Tomala won the men's 50km walk, ahead of Germany's Jonathan Hilbert and Canada's Evan Dunfee but the medallists were less than delighted afterwards as they slammed the decision to remove the event from the programme at Paris 2024, where it will be replaced by a mixed gender team event.

"The easiest solution would have been to allow women to race 50K at the Olympics. It's heartbreaking," Dunfee said of the event that, apart from 1976, has been in the Games since 1932.

Spaniard Jesus Angel Garcia, 51, finished 35th in his eighth Olympics, a record for a track and field athlete.

The walks were switched to Sapporo for what were expected to be cooler conditions but even with an 05:30 local start time the heat quickly became brutal, leading to Saturday's women's marathon there being moved an earlier to an 06:00 start.

In the women's 20km walk, Palmisano completed an Italian double, winning on her 30th birthday a day after Stano's success.

After their failure in the men's sprint relay on Thursday, the United States made no mistake in the 4x400m and qualified fastest for the final on Saturday - the last day of athletics action in the stadium. 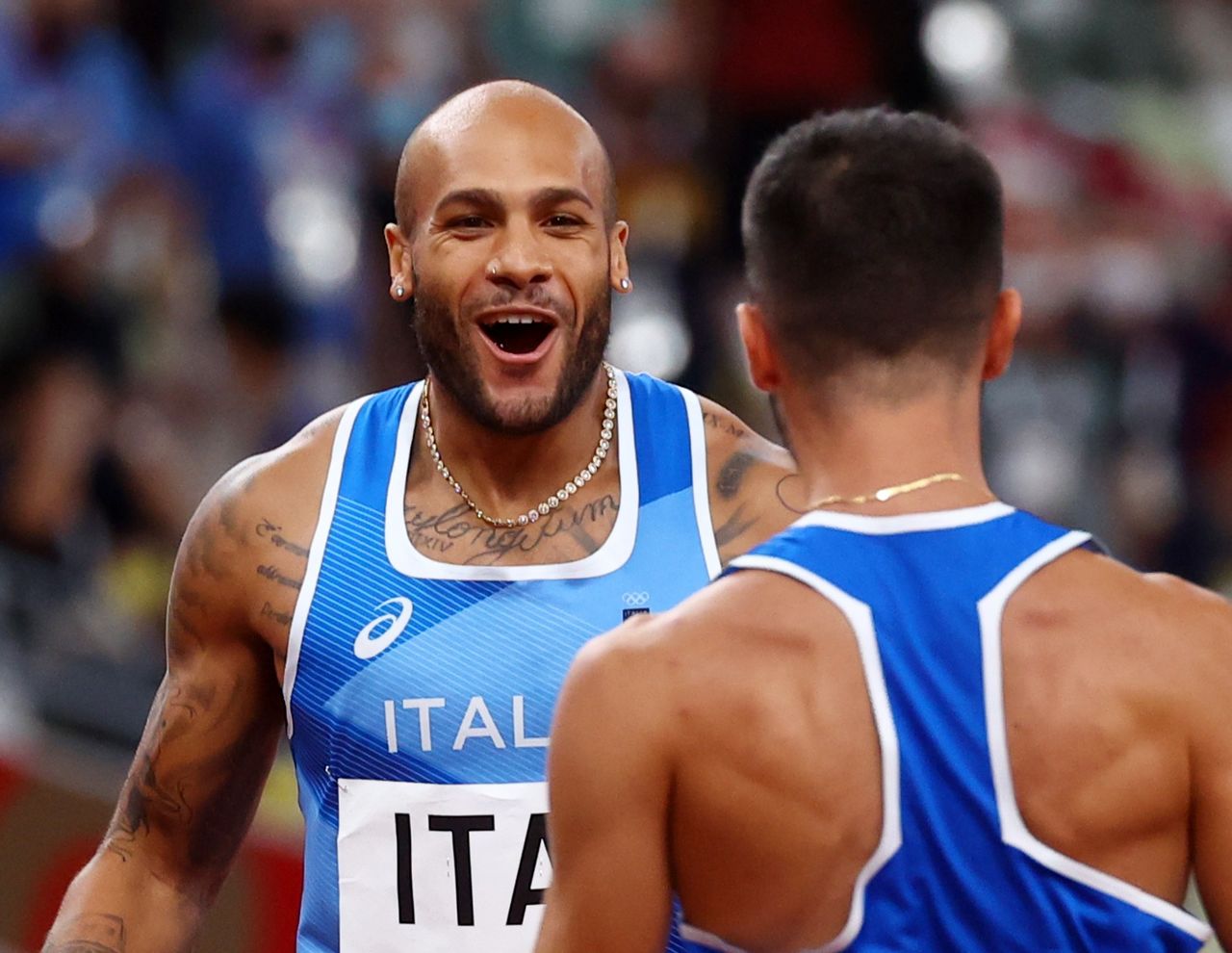 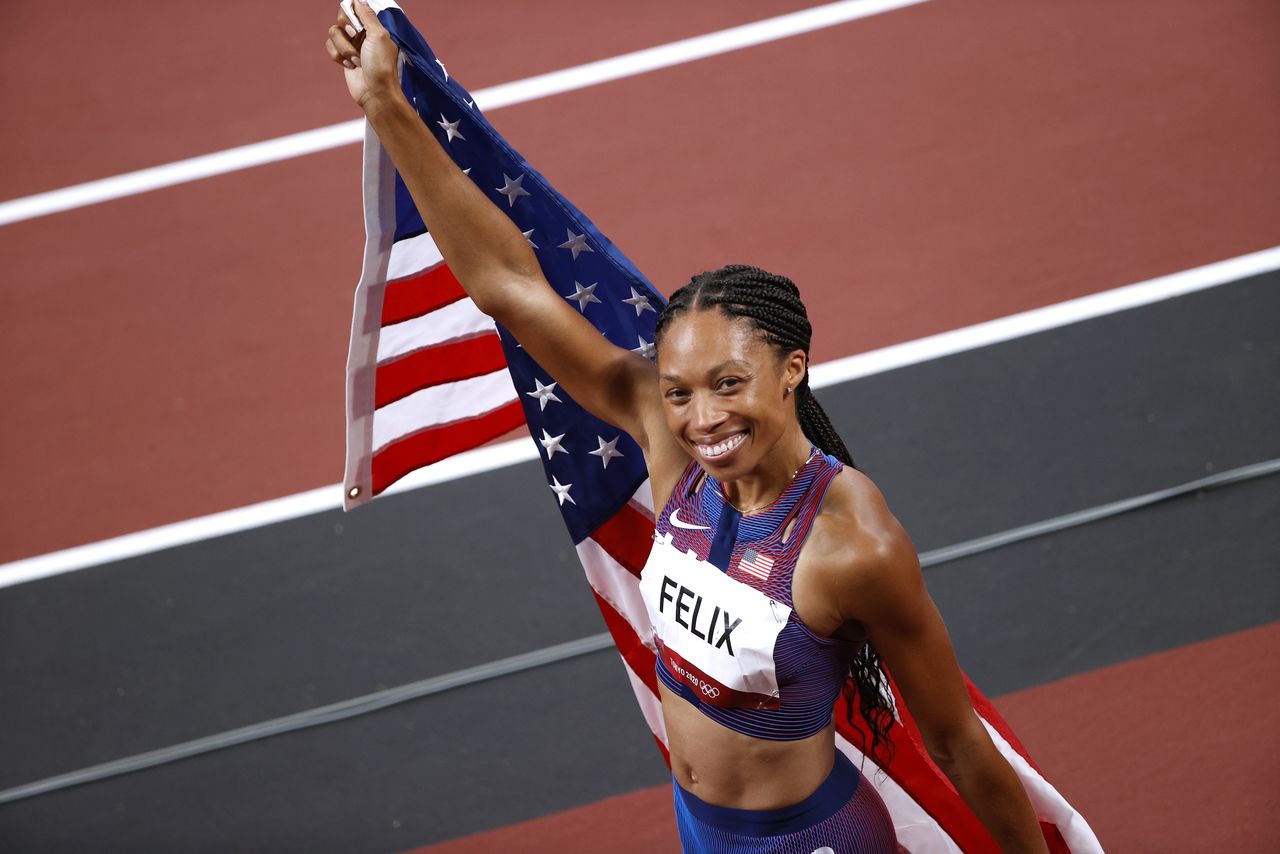