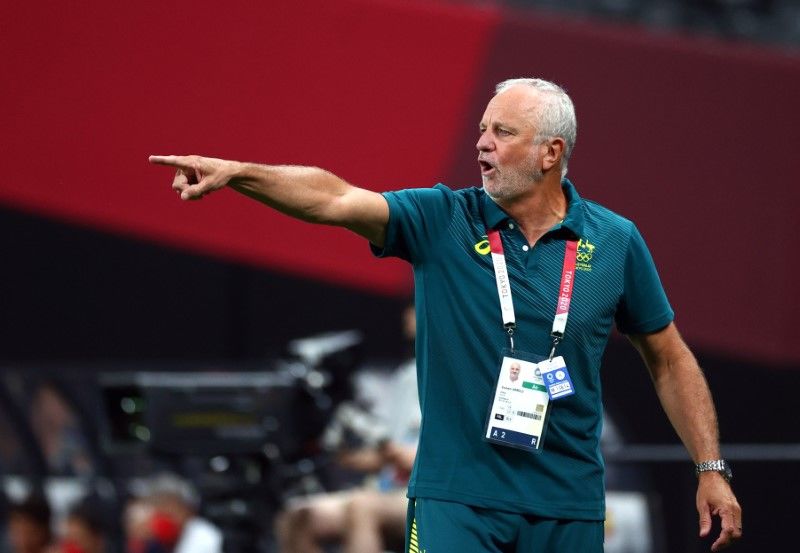 (Reuters) - Australia will face China in the opening game of the final round of Asia's World Cup preliminaries in a neutral venue next month as pandemic travel restrictions impact on the Socceroos' hopes of qualifying for next year's finals in Qatar.

Football Australia chief executive James Johnson confirmed Graham Arnold's team would cede home advantage for their opening Group B qualifying tie, which is set to be played on Sept. 2, due to the country's strict quarantine regulations.

"Our home game in September will be away, and that's a significant sporting disadvantage," Johnson told News Corp.

"If you look at home records versus away records at this level, home records count for a hell of a lot – it's an extra player on the pitch.

"That's our big challenge at the moment."

The Socceroos had been due to host the game against Li Tie's team but, with arrivals into the country strictly regulated and all arrivals subject to two weeks quarantine, football officials were unable to gain exemptions from the Australian government.

As a result, the Australians are looking to host the game elsewhere in Asia, with Dubai and Doha among the potential venues. A decision is due next week.

In addition to the Chinese, Australia have been drawn to face Japan, Saudi Arabia, Vietnam and Oman, with the top two teams from the group gaining automatic qualification for the World Cup.

The Socceroos' game on Sept. 7 against Vietnam will go ahead as planned in Hanoi while Johnson hopes matches slated to be played against Oman and Saudi Arabia in October and November can still be hosted in Australia.

"I'm confident that we will be playing at home by the end of the year if we can get things under control, particularly in Sydney," Johnson said.

"We're talking to governments trying to get similar exemptions to other countries around the world so that our sporting teams can play at home, and of course that would be under strict bubbles.

"The players wouldn't have any interaction with the community. The transmission of COVID would be zero."