KAWAGOE, Japan (Reuters) -Nelly Korda won the gold medal at the Olympic women's golf on Saturday with a tense one-stroke victory to complete a United States sweep and secure another glittering prize for a royal family of sport.

But there was no fairytale finish for India's world number 200 Aditi Ashok, who was second after the third round but ended a heart-breaking fourth having raised her country's medal hopes.

"It feels amazing ... It's surreal," the world number one told reporters after finishing with a 69 for a 17-under total of 267.

"It was very stressful but I kept it together, I fought pretty hard.

"It's safe to say I really enjoyed my first Olympic experience."

It was a nervous finish, with Inami (65) grabbing a share of the lead on the 17th before play was suspended due to a risk of lightning.

But the home hope bogeyed 18 to restore Korda's one-stroke buffer as she shot for the final green. The American landed her second in regulation and two-putted for par to secure gold.

Korda's older sister Jessica, who finished tied for 15th, did a little dance before hugging 23-year-old Nelly on the green as their U.S. team mates cheered.

It continues Korda's annus mirabilis, having clinched her first major and the world number one ranking at the Women's PGA Championship in June.

"Honestly, it's crazy," she said. "I think I'll look back at the season after the season is done... When I do look back, it's just crazy."

The Korda family can look forward to plenty more sporting success, with Jessica a six-times winner on the LPGA Tour in her own right and younger brother Sebastian a title-winner on the ATP tennis tour at the age of 21.

The tournament was Korda's to lose when she extended her lead to four strokes with an early birdie but former world number one Ko quickly narrowed the gap to two after a fourth successive birdie on the fifth hole.

With Ashok also nipping at Korda's heels, the American imploded with a double-bogey on the seventh, needing three attempts to chip over a ledge onto the green.

Falling to 14-under with Ko and Ashok, Korda tossed her putter at her bag and strode to the next tee fuming.

But she shook off that setback with a stunning 21-foot birdie putt on the eighth, then regained the outright lead with a curling, eight-foot putt downhill on the ninth.

A galvanized Korda soon led by three when Ko stumbled with back-to-back bogeys on 10 and 11, but Inami then made her charge, rolling in a 14-foot birdie putt on the 17th to grab a share of the lead.

Inami's challenge fell away when she plugged her approach into a greenside bunker on the 18th but she returned to the hole to win silver in the playoff when Rio silver medallist Ko slid a par putt by the cup.

"The Olympics is a very special occasion ... it’s a huge honour to be able to bring two medals for New Zealand," said Ko. 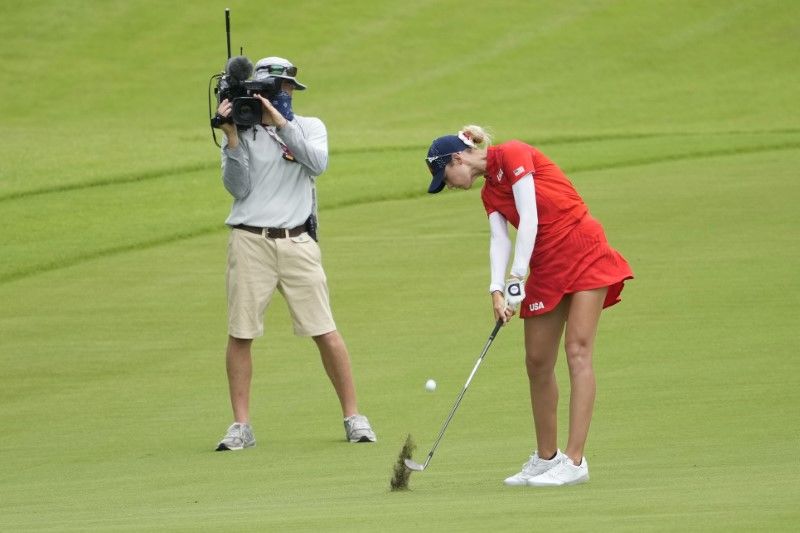 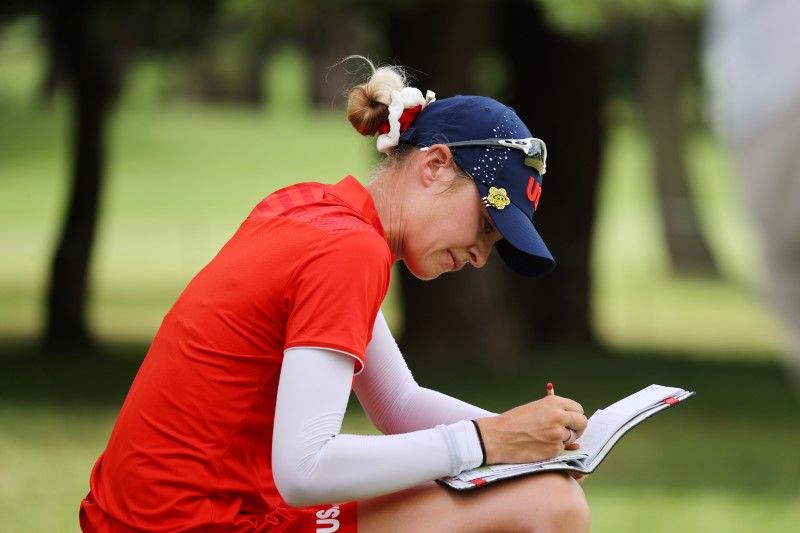