TOKYO (Reuters) - The man alleged to have wounded 10 people in a knife attack on a Tokyo commuter train late on Friday told police he became incensed when he saw women who "looked happy" and wanted to kill them, Japanese media reported on Saturday.

Police arrested the 36-year-old man in another part of Tokyo after he slashed and stabbed people in the attack at about 8:40 pm (1140 GMT) on Friday on a train on the Odakyu Line in the western part of the city, media reported.

One victim, a female university student, was seriously wounded, while the rest suffered less severe injuries.

The Sankei newspaper reported that suspect told police: "I began feeling like I wanted to kill women who looked happy about six years ago. Anyone was fine, I just wanted to kill a lot of people."

Other media, including broadcaster NHK, reported similar quotes from suspect.

A police spokesman said they had nothing further to share on the details of case when asked about the media reports on Saturday.

Violent crime is rare in Japan but there have been a spate of knife attacks by assailants unknown to the victims.

In June 2008, a man in a light truck drove into a crowd in the popular Akihabara district and then jumped out of the vehicle and started stabbing pedestrians, leaving seven dead. 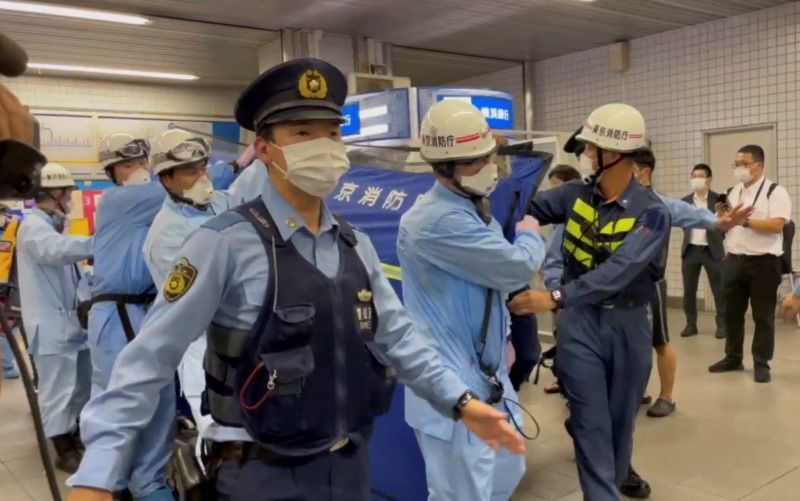 Police escort rescue workers carrying a person through a train station after a knife attack on a train in Tokyo, Japan August 6, 2021 in this still image taken from video obtained by REUTERS 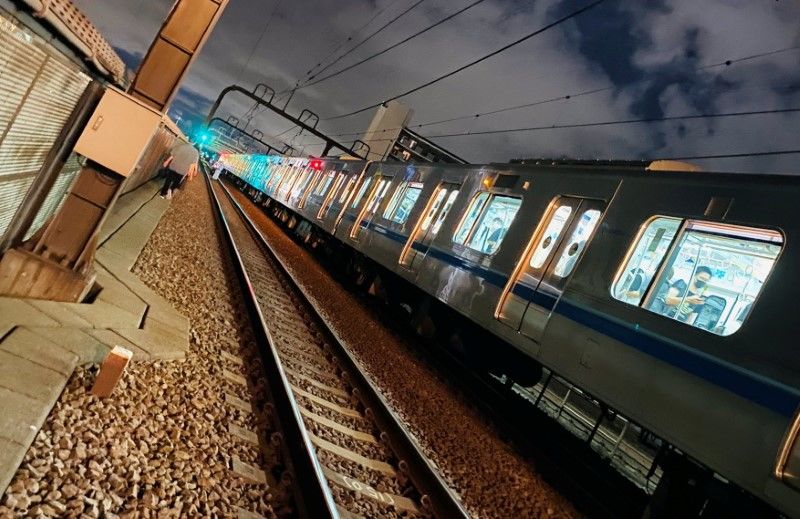 People walk along railway tracks after a knife attack on a train in Tokyo, Japan August 6, 2021 in this picture obtained from social media. TWITTER/_KING_OF_SKY/via REUTERS