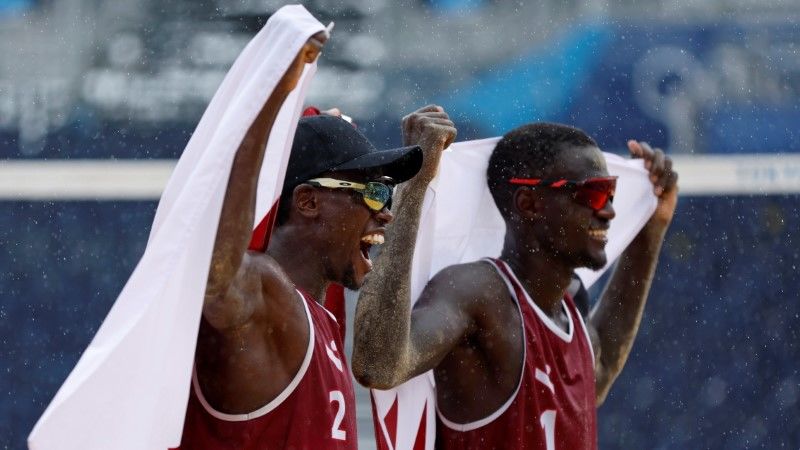 TOKYO (Reuters) - Qatar's Cherif Younousse and Ahmed Tijan won the bronze medal on Saturday in the men's beach volleyball in Tokyo, defeating Latvia's Martins Plavins and Edgars Tocs to get the country's first Olympic medal in the sport.

The match was smooth sailing for the Qatar duo, who delivered strong spikes by jumping high in the air while relentlessly blocking the opponents' spikes through the two sets. They won 21-12 21-18 against the Latvians.

Rap and hip-hop music with DJ's voices echoed through the empty arena without spectators except for delegations in the stand with a big national flag of Latvia.

The United States, the birthplace of beach volleyball, and Brazil have dominated the medals since the sport became an Olympic sport in 1996, winning nine of the 12 golds on offer coming into the 2020 Games.