Olympics-Athletics-Spectators come out to cheer on marathon runners 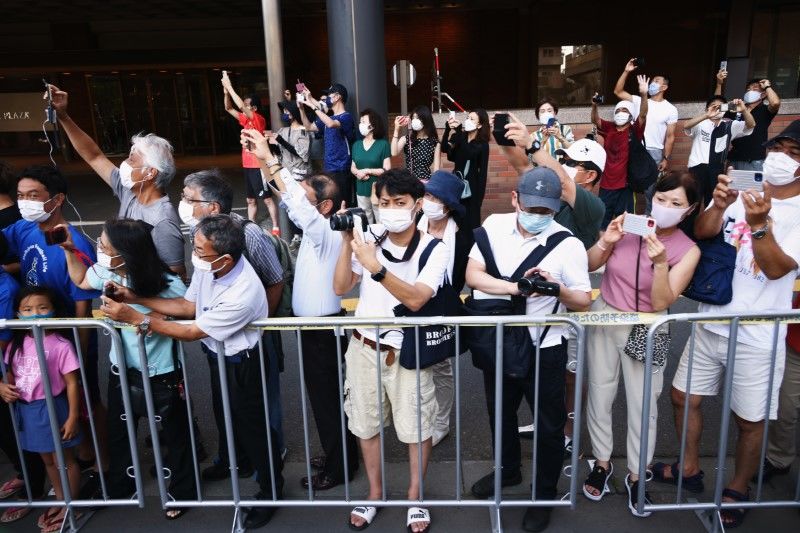 By Chris Gallagher and Lucien Libert

SAPPORO, Japan (Reuters) - Spectators came out to cheer on the runners in the Olympic women's marathon on Saturday, ignoring calls by organisers to stay home and avoid gathering in crowds that could spread COVID-19.

Local residents gathered near the finish line in Odori Park and other spots along the course, waving flags, clapping and taking smartphone videos as the runners passed by.

Tokyo Olympic organisers have banned spectators from most venues due to COVID-19 and have reported a total of 404 Games-related coronavirus cases since July 1.

But bronze medallist Molly Seidel of the United States appreciated the support.

"I think these games have been pretty unprecedented and it's hard for a lot of athletes competing when there's no one out there. Being able to see that support of the people of Sapporo meant a lot," she said.

"And it's very exciting to go down the course and see people cheering and see people with the flags out. I'd just like to thank the people of Sapporo for coming out and supporting us, it really made this a special day."

Fumiko Nakata, a 57-year-old Sapporo resident, wanted to take advantage of a rare chance to watch the Olympics.

"This is maybe the last time for me. So that's why I'm here," she told Reuters.

Tokyo Olympic organisers' decision to ban spectators from most venues has been stricter than Japanese professional sports leagues that allow a limited number of fans.

But with the marathon run on public streets in Sapporo, on the northern island of Hokkaido, they can only request that people stay away.

The men's event will take place on Sunday, the final day of the Tokyo Olympics.